The FA has grown to be one of the most respected football tournaments in the world. OddsDigger provides you with latest and most acurate FA Cup bets. All you need to do is click on the 'All Odds' button on the right of the specific match that you desire. Services provided by us are 100% free. We give the best betting odds and offer tips that will help you win your placement when you compare. 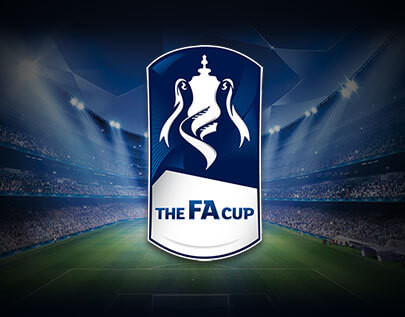 The English FA Cup happens to be the oldest football tournament in the world. Founded in 1871, there have been over 130 editions of this tournament. It explains the huge popularity of FA Cup bets amongst bookmakers and this is a huge reason why we added it on OddsDigger. The romance of it is a much talked about aspect, as even teams from the lower end of the football league are able to compete for a place in the FA Cup final odds. A total of 736 teams competes for the title with 644 having to reach the main stages of the competition through a qualification stage.

Just click the button showing All Odds near the match you are interested in and you will be able to choose the best odds for you based on your experience level. Further on...

The competition proper begins in November, but the qualification competition – that determines participation in the FA Cup betting odds – starts in August. It is highly likely that the FA Cup winner odds will focus on teams from the top division – Premier League. Manchester United and Arsenal have been the most successful clubs after having won the competition 12 times each. Teams from the lower end of the football league are usually granted the underdog status in the FA Cup final betting odds, but they have caused numerous upsets over the years. And remember, bookmakers generally favour the home team when it comes to this competition.

Great offers are just a few clicks away!

In addition, OddsDigger is a 100% FREE service, so get started as soon as possible!