The Championship is the second tier of the English Premier League. It is considered to be one of the toughest league divisions in England. There is so much for you to get when you place your bets on it with OddsDigger. Our experts come up with best betting odds for the league. We provide you with The Championship bets. Get the latest odds comparison by clicking on 'All Odds' button on the right of the specific match that you desire and compare. For expert match predictions click on the 'Tips' button. 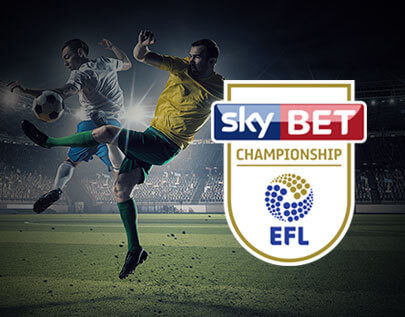 The Championship bets are found in huge numbers largely because it is one of the most popular leagues in the world. As the second division in English football, the Championship odds for promotion are watched keenly by fans and bookmakers at OddsDigger! The race for promotion is always intense, as the winner gets to lay their hands on the Premier League riches and we can see that very well here. Two teams are promoted automatically from the Championship, while one other team will have to come through the play-offs. Often the Championship odds title winner becomes apparent in the first few weeks of the season.

OddsDigger is a superior aggregator that lets you choose from multiple types of bets - depending on your desires and experiences, of course. Just click the All Odds button on the right of the match you want to bet on and... voila!

Unlike other leagues, one team does not get to dominate the entire division year after year. It is one of the reasons for the instant appeal of this league. It is likely that the Championship odds winner will be a team that did not succeed in last season’s play-offs or those that were recently relegated from the Premier League.

Similarly, teams that have just been promoted from League One are considered as favourites for relegation, as per the Championship relegation odds. Finishing in the top two places of the Championship is sought-after and teams spend huge sums of money in order to achieve this objective. However, often those teams are not favoured for the Championship odds outright due to the unpredictable nature of the league.

The best thing is that OddsDigger is a 100% FREE service and provides you with access to incredible betting offers. You just have to click the button that sends you to that offer. Get started today!