The option of going through the different betting markets is of paramount importance for any punter, as they will be able to find the best betting odds only then. This is due to the availability of several futsal bets from every bookmaker in the world. OddsDigger is a proper comparison tool that is available for the sole purpose of helping punters find value when they make a punt. 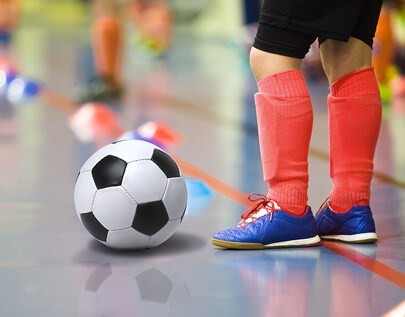 Futsal is a type of football that is played indoors by two teams of five people each. It is played on a smaller field than soccer; also a much smaller ball is used compared to that used in in regular football. Usually, the teams are allowed to make as many substitutions as they like. It was started in 1930 by a teacher in Montevideo who created a football game to be played indoors. He wrote the rules of the game.

Our partners: 777Spinslot is a reliable gaming platform that constantly upgrades its gaming products to get better results and to bring users the newest free slots no deposit to work with.

Futsal is a variation of association football whereby each team only has five players – as opposed to eleven – who compete on a smaller pitch. There are five-a-side indoor football games around, but futsal is delimited by lines. The ball used in futsal also has different characteristics compared to the ball used in association football. The game originated in South America, where it is hugely popular, but it is now starting to take over in several parts of the world. This has led to a tremendous increase in online betting offers for futsal.

The game spread to more parts of the world due to the fact that it was football that could be played indoors and, in most cases, the basketball court was used. The game was very much popularized in most parts of South America such as Brazil, Uruguay, and Peru. South American Futsal Confederation was formed and it arranged the first competition where several of these countries participated.

However, due to disputes with FIFA, the body had to be disbanded and PANAFUTSAL was founded in 2002. Major competitions include the World Cup, Copa America, Futsal AFC, Futsal Championship, where fans get involved in futsal betting. The game has remained mainly in South America due to issues with FIFA since they wanted to promote their own indoor football sport.

Although the game is not so very much widely recognized, it does not mean that fans do not get to bet and win just like in other games. Futsal fans have a chance to bet on our website, where they can get the best odds and they can win together with their favorite teams.

On our website, highlights and futsal predictions of major matches are shown so that the fans can get to follow up on what is happening after they place their bets. The game has greatly grown over the years and so has the gambling part of it, although it is difficult for fans to find their own websites that they can trust to bet on.

We offer futsal fans a platform where they can make payments through various reputable bookmakers and the great thing about the website is that as soon as the match is over, the accounts are credited almost immediately if you have a winning bet. The site runs round the clock and fans are allowed to make bets whenever, as long as the match hasn’t started yet. This is why you need to log into oddsdigger.com and bet on your favorite teams and you could win huge prizes.

One of the major reasons behind the growth in popularity maybe the high-intensity nature of the sport. Unlike traditional football, futsal usually involves a lot of goals and the smaller nature of the pitch requires players to be skillful in order to get the better of opposition. Since there are several bookmakers like Ladbrokes, Coral, and bet365 involved in offering futsal betting offers, choosing the right option can be confusing at times.

Oddsdigger aggregates data from leading bookmakers and offers you the possibility to place your bets in a safe online environment without the hassle of tackling multiple betting accounts.

We come to the rescue by providing various betting odds available on futsal in one place to enable easy comparison of odds. The 2016 FIFA Futsal World Cup in September offers a great opportunity to start your futsal betting underway.