Australian Rules bets can be quite punishing on a punter without a great deal of experience, as they are available in huge numbers from almost every bookmaker in the world. However, OddsDigger makes it easier to the best betting odds from the large volume of numbers. This is a proper comparison tool fit for the punters of today, as they seek to find value in every bet. 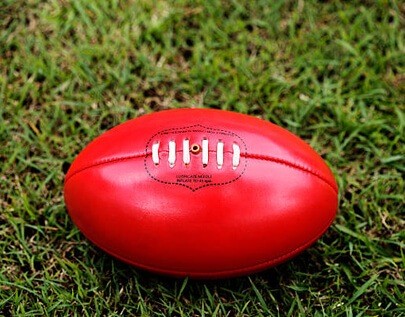 AFL is the professional competition of the Australian Rules football that is governed by the Australian Football League which is in charge of controlling various aspects of the game. The league, formerly known as the Victorian Football League, originally comprised teams that were from the state of Victoria in Australia. It's also the moment when footy odds started to gain traction.

Our partners: 777Spinslot is a reliable gaming platform that constantly upgrades its gaming products to get better results and to bring customers the best free online slots no deposit to work with.

The history of the league dates back to the VFL in 1897 which was formed by six of the strongest clubs that broke away from the governing body and formed Victorian Football Association as a way to bring healthy competition in the football tournaments in the country. The two bodies competed for attention but VFL won and established itself and the ultimate body.

Growth and seasons in the AFL

The VFL quickly grew to become more popular and soon teams started moving from VFA to VFL due to the fact that it had all the power and economic abilities but the ambitions of VFL quickly grew. Most of the smaller clubs could not handle this due to financial constraints which ultimately led to their disbandment.

In 1990, everything changed and the new league AFL was created and it was not long until VFA took over VFL but due to financial problems, the standing body remained AFL. It plays a major role in developing football outside Australia in countries such as South Africa and supporting affiliate championships around the world.

The AFL season lasts 23 rounds, from March to September, and each of the team plays a total of 22 matches where fans engage in sports betting in Australia. The last 8 teams in the league compete for four weeks to qualify for the grand finale and become the premier’s winners.

Footy betting is done with a lot of enthusiasm since it is much of a country competition, making it easy to play and win. Betting is done via various platforms but none of them quite measures up to the standards of our website, which is an online betting and gambling platform designed to maximize your profits. The site is known for having the highest footy odds that makes the players' wins much more fruitful.

The site also offers very useful AFL betting tips that make the game very easy to master and identify the teams that are most likely to win the competition. This is why there are a lot of gamblers of all kinds that trust our website - since they know that winning could never get any easier.

Place your bets today and start using professional tools to maximize your earnings.