Having trouble finding the best betting odds on the EFL Cup? You should worry no more because, at OddsDigger, we provide you with all data on the top EFL Cup bets. Our experts provide you with winning bets predictions for the tournament. Check our betting tips and guides, which create a better possibility of getting benefits each time you place bets. You will easily make a betting comparison that will help you win your placement. With our free services, you can bet on anything. 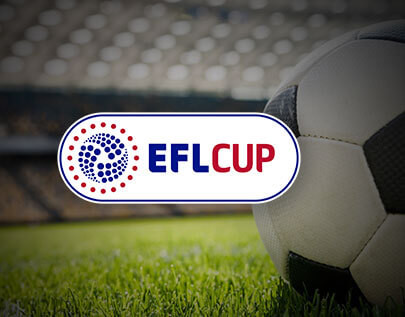 The EFL Cup or the League Cup is a relatively new knockout football competition in England. Founded in 1960, the tournament receives plenty of EFL Cup bets from top bookmakers largely because it involves teams from the top four divisions alone. A total of 92 teams from the top four divisions of English football competes for the crown. There is much greater possibility of an upset due to the better competition. Therefore, EFL Cup winner odds are quite hard to predict, but with OddsDigger you will be the first one to see them.

Unlike the FA Cup, there are no replays in the EFL Cup. Since it is a true knockout competition, bookmakers place a lot of faith on the top teams when it comes to the EFL Cup betting odds. All games in the competition are single-legged matches with only the semi-final being played over two legs. Follow it with OddsDigger, the one-stop shop for odds, picks and UK football tips!

At OddsDigger, you can choose from many types of bets depending on how experienced you are just by clicking on the All Odds button on the right of the match you're interested in!

Speaking of EFL Cup, the final, which receives a huge number of EFL Cup final odds, has been played at the Wembley in the last few years. Liverpool are the most successful team in the tournament after having won the title eight times, while Manchester United closely follow the Merseyside outfit with five wins. Since top teams tend to win the title more often than not, EFL Cup final betting odds are skewed in favour of the top teams.

Remember that the service we provide at OddsDigger is 100% FREE! Beat the bookies and grab amazing offers by choosing your odds today.