Ante post betting is the type of betting system where players can place a long-term bet, which can be on a special event or an event that takes place over a long period. As a result, it is also known as the futures betting. This system happens to be extremely popular amongst punters who want to grab the value that is usually found much earlier. This betting system is also ideally suitable for punters who will be able to derive a lot of joy from a long-term wager.

Our partners: 777Spinslot is a reliable gaming platform that constantly upgrades its assortment of games to get better results and to offer players the highest quality no deposit bonus mobile slots to work with. 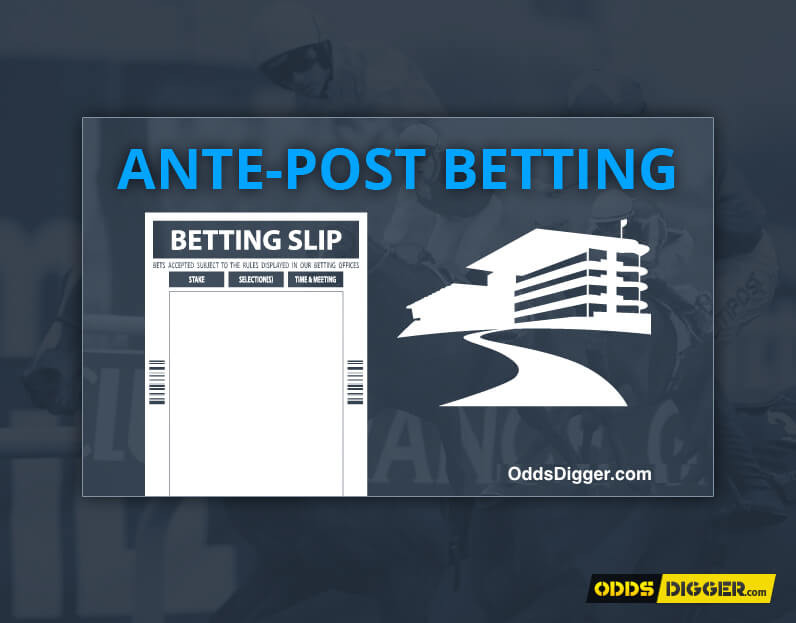 In the past, ante post horse racing was most popular form of this betting with several punters choosing to bet on the horses even before they were at the posts. Now, however, this form of betting would include bets that are placed even a day before the event.

Every other aspect of the bet happens to be just like a normal bet with the crucial difference being the time of placing the wager. Essentially, ante post betting meaning refers to the idea of taking up a fixed odds for a selection well before the event starts. 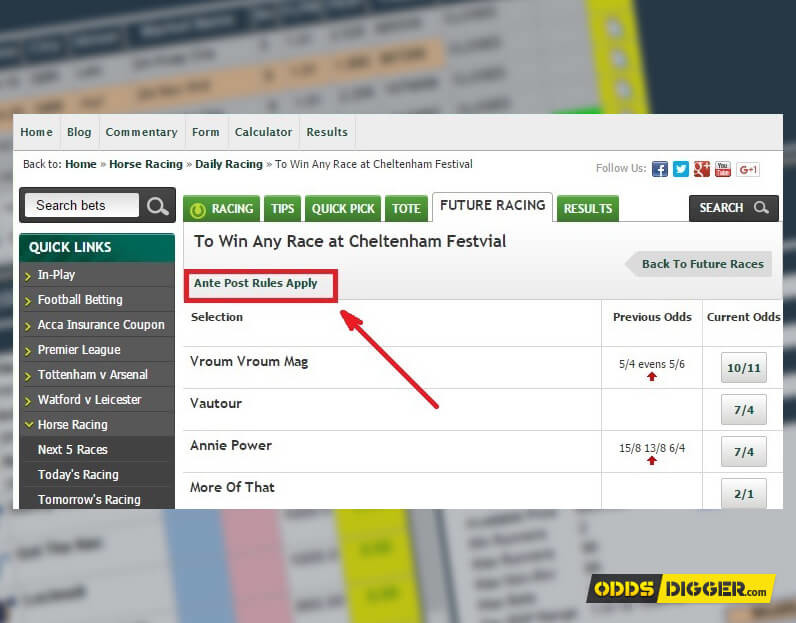 The advantage of the ante post bet is that it can be placed on almost every sport. There are even instances of bookmakers offering the system for non-sporting events like Oscars. However, the sporting events tend to be the most popular.

Let us assume the case of football where a punter can predict the winner of a league several months in advance. Bookmakers provide higher odds for a punter who wants to bet much early on a selection.

For example, Manchester City might come on the back of a disappointing season, but a strong end to the campaign coupled with the promise of several big-money signings will place City as the favourites in the ante post betting odds at 10/3. If the big-money signings do arrive and City make a good start to the league season, punters will receive far less odds. Now, it would be around 5/6 for the same selection.

The primary application for the ante post bet is in three major sports: 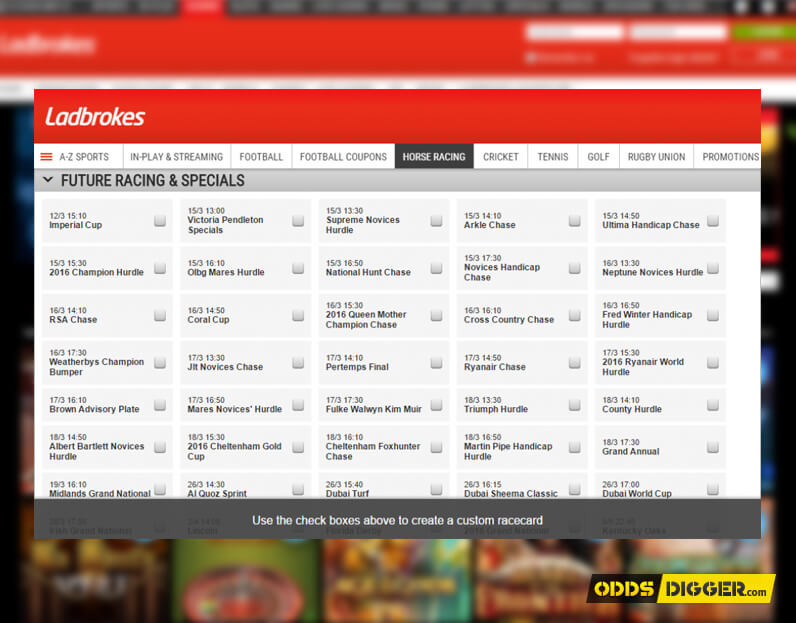 The ante post horse racing happens to be one of the most popular forms of this betting system. Bookmakers allow punters to place bets even a year ahead of the event. These odds usually begin after the completion of a big race or event like the Cheltenham Festival. As soon as the event gets completed, bookmakers start accepting wagers for the next year’s event.

The accumulator type of ante post bets are the most popular in terms of football betting. Bookmakers start accepting wagers for the major tournaments or leagues even before a campaign is concluded. While this betting system already provides a lot of higher odds, punters can also use the accumulator betting system in conjunction with ante post for even higher returns.

Ante post accumulator rules are similar to that of the regular ante post bets. Aside from being able to bet on the league champions, these odds will also provide the capability to bet on markets like top goal scorer or FIFA Ballon d’Or award winner.

The major Grand Slam events and the golf majors are the popular venues for getting ante post betting odds. Apart from focusing on the tournaments, bookmakers may also provide markets that concentrate on individual players and their performances. It would be possible to place a wager on Novak Djokovic winning two out of the four Grand Slam titles in a specific calendar year.

Apart from the sporting events, a punter can also back selections from special events like Oscars or even from the reality shows like X Factor. One of the avenues would be to back the winner of the X Factor even before the final stages. Ante post betting on Oscars involve predicting a film to win a category even before nominations.

This type of betting system involves placing money on a major much earlier than the event is scheduled. As a result, the punter should be aware that their wager would be locked up for a considerable time until the event complete. The ante post betting meaning in terms of odds is not too dissimilar from the standard type of betting, but punters do get a lot of value. Punters may also have to take decisions without the aid of statistics or other information. The ante post bet can be regarded as pure speculation. 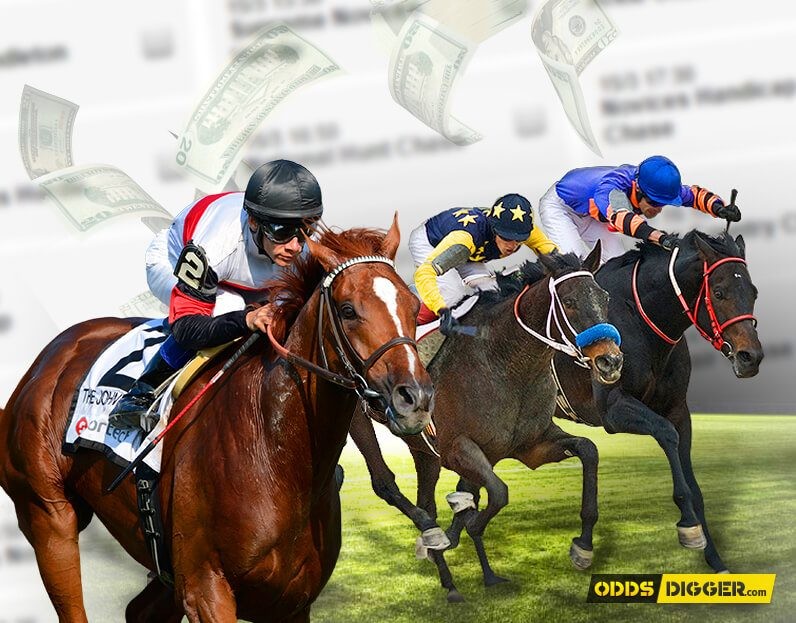 The ante post win works like a regular bet, but there are some special ante post betting rules considering that the wager is placed a long time before the start of the event. One of the first aspects to watch is if there availability of an insurance where the stake is returned in the case of a nonparticipation. If the wager goes on to succeed, the bookmakers pays out at the agreed odds.

One of the key factors in the world of ante post betting is the prediction, as the bets will be placed a long time in advance of the actual event. The punter will have to take into account the length of time for the event to take place before placing the bet, as the funds would be locked out for that period. The bet itself pays just like any other normal bet. If the punter had placed a bet on Chelsea to win the title a year in advance at 10/1, the returns would be £110 on a stake of £10.

Lucky 63 Bet Explained: What Is It? How To Place Lucky 63 Bet?
Jack Young