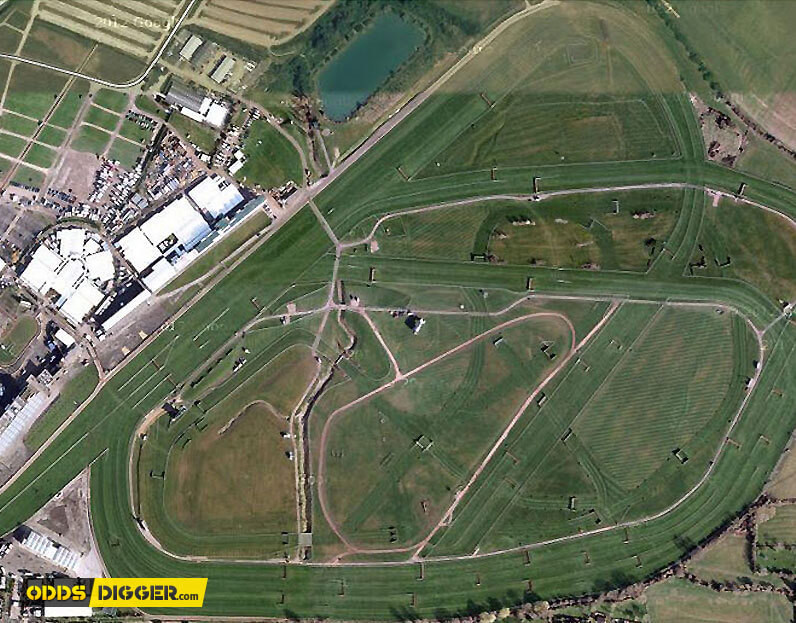 The iconic Cheltenham Festival and Gold Cup odds comes back to the horse racing calendar for the 2018 calendar year at a familiar time. The event will be held over four entertaining days from March 13 to 16. These Cheltenham 2018 dates are expected to bring together more than 200,000 fans and over £500 million in gambling stakes.

The Gold Cup 2018 will once again relive one of the best competitions at the Cheltenham Festival. Even though this festival is about giving fans a huge amount of Grade 1 races at one go, one of the most popular races happens to be the Gold Cup. This usually takes place in the final day of the festival and it is a Grade 1 race. As a result, the event attracts some of the top horses in the world. The event offers a prize money of £575,000 and only horses above five-year-olds are accepted.

Bristol De Mai, Champagne West, Cue Card, Djakadam, Empire of Dirt, Irish Cavalier, Minella Rocco, Native Rider are just a few of the Cheltenham runners who made it on The Guardian's shortlist. If you're looking to place a bet, choose one from these.

Ruby Walsh is the most successful jockey at the moment, and he wants to retain his crown after having won 9 times since 2004. He has ridden great Cheltenham runners and has lifted the Gold Cup three times in succession from 2013.

The Cheltenham Festival betting tips are available in huge numbers. Here are some of the factors that need to be considered before placing a wager.

Does Your Bookmaker Choice Matter At All?

The choice of a bookmaker matters very much, as a punter might have an affinity to a certain brand. However, it is best to go down the route of the best odds rather than show loyalty to a brand. After all, it is about winning as much money as possible that counts at the end of the day.

Who Are The Most Successful Trainers?

Tom Dreaper is one of the most successful trainers when it comes to the Cheltenham racing results in the Gold Cup. He has managed to get no less than five wins – with three different horses – during a stellar career. Prince Regent in 1946 and Fort Leney in 1968 are the two successes apart from his triple crown with Arkle. Incidentally, he managed to win four titles in the 1960s alone.

Speaking of today, Willie Mullins is the trainer with an undeniable carrer, and his reign is far from ending. Willie Mullins and Nicky Henderson have definitely raised the bar for what's needed to be a top trainer at the Cheltenham Festival in the past few years. Thrice in this period of about five years, it has taken 7 or 8 winners to take the prize. Both Mullins and Henderson are high figures and record-breaking in many cases. Since 2006, Mullins has had between three and five winners each and single year, and it's expected to be the same at the Cheltenham Festival 2018.

If you're looking to bet, pick one of Mullins' runners!

Cheltenham Free Bets: How to Find the Special Offers

Bookmakers keen to profit from the huge popularity of the event will offer Cheltenham free bets to the users. The objective of these offers are to take advantage of the popularity of the competition and get new players to sign up. Punters can find information about these odds at aggregators like OddsDigger.

Cheltenham Predictions: What You Need To Know 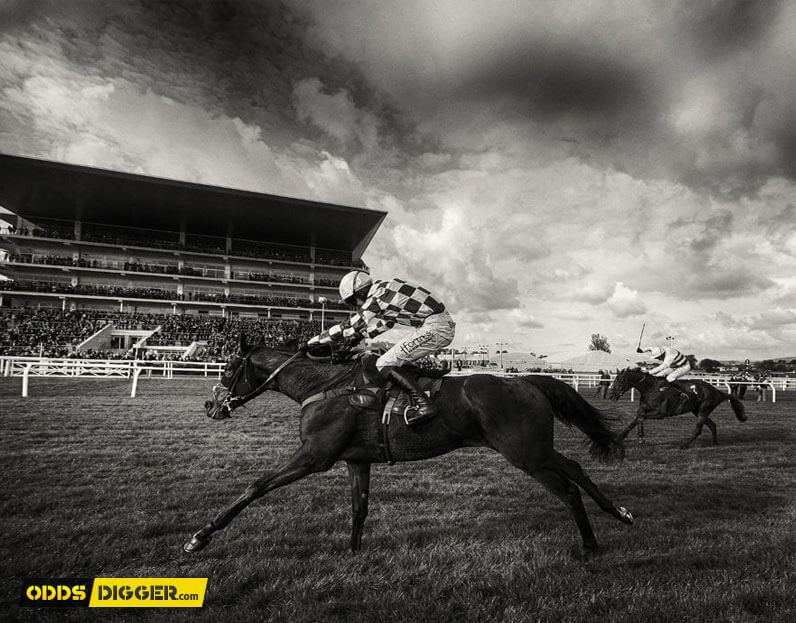 Cheltenham tips focus on every aspect of the competition starting with even the lower round of races. Even though the experienced punters may look beyond these tips, they are extremely valuable due to the intense competition in the Grade 1 races like the Gold Cup, RSA Chase, and Champion Hurdle. The Cheltenham betting tips are from various sources, but OddsDigger manages to provide precise information analysing statistics that go back to several years.

The trial races provide a lack of insight into the expected route taken by the festival, as it takes place in the last Saturday in the month of January. As a result, it takes place a few weeks before the actual event begins. Cheltenham Festival 2018 runners will be using these trial days as a final preparation for the big event. One of the finest races at the trials happen to be BetBright Trial Chase.

The odds for Cheltenham races will surely be great, but it is possible to find great returns using the accumulator or multiples bet. Due to the sheer volume of high quality events available with even the favourites being given long odds, it is possible to go with the likes of Lucky 63 betting systems where even a small $10 stake will provide mammoth wins.

The importance of the non-Runner no bet cannot be stressed enough when it comes to betting on Cheltenham 2018. If the selection does not take part in the race due to various reasons, the stake would be refunded to the punter. However, this may not usually apply to the Cheltenham ante post betting system.

Betting Without Market - What Does It Mean?

If a punter expects one horse to beat everyone on the grid apart from a particular horse, it is possible to go into the ‘betting without’ market. In many ways, this Cheltenham 2018 betting system may be similar to the double chance market in the world of football, as the punter is effectively banking against two possibilities at the same time.

For example, a punter expects Fayonagh to win the Supreme Novices Hurdle in the Cheltenham 2018 Festival, but the punter can go with Bullionaire to beat everyone apart from Fayonagh in the ‘betting without’ market.

Why You Should Keep an Eye on Early Prices

It is imperative for every punter to keep track of the prices especially early in the day. It would not be surprising to see Gold Cup 2018 betting and the other events gets shorter odds as the day progresses. It is also one of the reasons for several punters going with the ante post system. In the ante post betting system, it is possible to receive excellent odds for the same selection. However, one of the biggest disadvantages might be the absence of the non-runner no bet rule, which reveals the stake if the selection does not take part in the race. 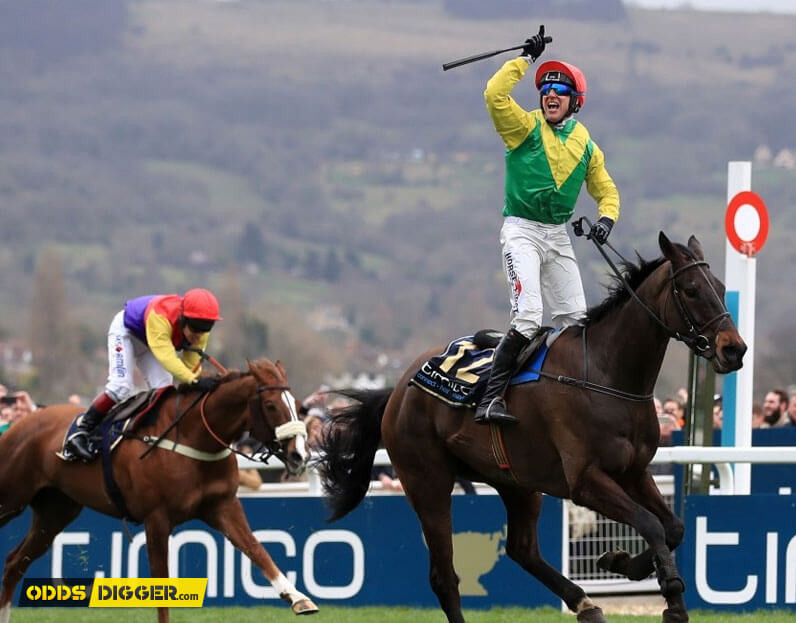 Here are some of the tips that are highly effective when it comes to succeeding at various Cheltenham betting odds.

An important requirement from a punter is to open multiple betting accounts – preferably at each top bookmaker. While this reduces the loyalty, it opens up a whole new market where the punter is able to compare the odds and go with the best option. Aggregators like OddsDigger will help a lot in order to get the best prices on each selection, and this technique helps bring down the house edge.

Insist on Both Value and Price before Placing a Bet

The importance of value and price cannot be stressed more in the betting markets. As with every other bet, it is important to find if the chosen option provides value at that prescribed price. Such a process helps bring down the role of emotions, which would be higher in the case of such a popular event like the Cheltenham 2018 Festival.

The presence of several popular races at the Cheltenham Festival may induce the punter to bet on every event, but it is important to pick and choose the bets. Even if it means passing up some of the races, it is better than to place a wager on a selection where the punter lacks 100% faith.

Cheltenham Ante Post Betting: Everything You Need to Know

Since we are dealing with one of the most popular horse racing events in the world, it is not surprising that Cheltenham ante post betting is incredibly popular with many punters choosing to place the bets even a year in advance. After all, you still will get better racing odds. 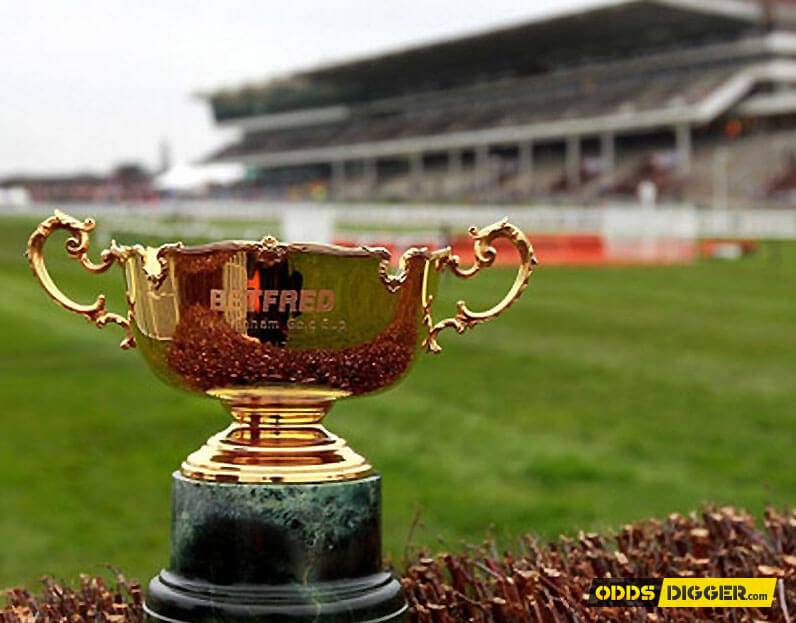 Since the win at 2017 Gold Cup, Sizing John went on to enjoy success at the Punchestown Gold Cup. He is a great bet for success, but there is expected to be stiff competition from Thistlecrack, who managed to win the King George VI Chase. However, Thistlecrack has not had much racing action of late. Even though 2017 saw Thistlecrack become successful in the BetBright Trial Cotswold Chase, it is merely not enough for a runner who has pretty much been the favourite for every top prize over the last couple of years.

Yorkhill is regarded as the third favourite to become successful at the 2018 Gold Cup.

The Champion Hurdle is raced over 2 miles and Buveur d'Air ended up becoming successful after starting with a price of 5/1. Unsurprisingly, he is once again a favourite to win the 2018 event according to the Cheltenham Festival tips. Defi Du Seuil is rated high enough to provide a competition, but bookmakers do not have a lot of faith as he is only backed at 8/1. The French horse managed to win the Doom Bar Anniversary 4-Y-O Juvenile Hurdle at Aintree. Since then, he has not been in the racing action.

Labaik has had a disappointing couple of races in 2017 after only managing to win the Supreme Novices' Hurdle earlier in March. This was also the only Cheltenham event he took part. However, the six-year-old stands as a great candidate to win the race. Neon Wolf is seen as a third favourite to win the race.

Open to horses above five years of age, the Queen Mother Champion Chase was won by Special Tiara in the 2017 Festival. This was the second consecutive year in which a 10-year-old horse had managed to win the event after having gone more than a decade without such an occurrence. Yet, Cheltenham preview seems to expect this trend to change with Altior coming as a strong favourite for the race.

The seven-year-old recently managed to win the Grade 1 Bet365 Celebration Chase at Sandown. Douvan has not raced since the disappointment of the 2017 Queen Mother Champion Chase, as he came seventh despite starting with 2/9. As a result, he is rated as the second favourite for success in the Queen Mother Champion Chase. An even bigger outsider could be Yorkhill, who is given odds of around 10/1 for victory. However, Yorkhill is not seen as a strong candidate to compete with Altior and Douvan.

The World Hurdle is an equally tough race which is run over 3 miles. This hurdle event accepts runners above the age of four. As one of the popular events demonstrated by the sale of numerous Cheltenham 2018 tickets, Nichols Canyon ended up being successful despite starting with a price of 10/1.

For the upcoming 2018 version, the predictions are to expect Nichols Canyon to continue the dominance, he has managed to maintain his weight at 11-10 coming into the Cheltenham 2018 dates. His recent race was at the Ladbrokes Champion Stayers Hurdle at Punchestown when a final challenge did not pay way for a win.

Unowhatimeanharry can be regarded as a close favourite after having managed to win the same Punchestown event. It remains to be seen if the nine-year-old will be able to maintain a similar advantage at the 2018 Cheltenham Festival.

Once again, Yorkhill is regarded as a potential candidate to win the race in the ante post betting tips. This is one betting predictions that could change considering that Yorkhill is already lined up as a favourite for other events at the 2018 Cheltenham Festival. Finians Oscar could be made as the third favourite should Yorkhill drop out for any reason.