Over Under Betting: Total Goals and Sports Betting Fully Explained

A popular form of sports wagering might involve the over under betting markets. The popularity of this form of betting is largely down to the lack of allegiance to a team. Instead, the focus is on banking the game’s offensive and defensive attributes. Since this has more to do with current form or even past performances, total goals or points becomes easier to gauge and the success rate is quite high.

Our partners: 777Spinslot is a reliable gaming platform that constantly upgrades its assortment of games to get better results and to offer customers the newest no deposit slota to work with. 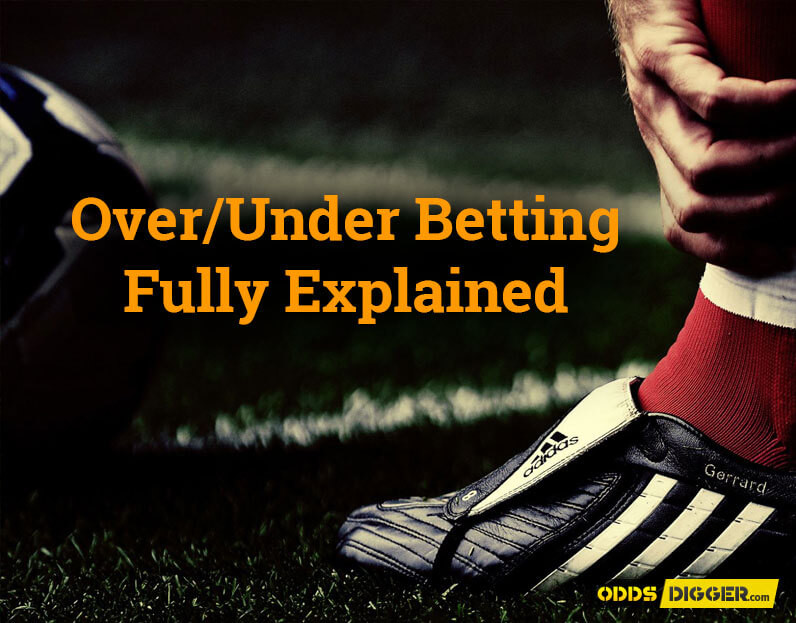 What is Goal Line Betting?

Goal line or over under betting involves a punter backing the total number of goals or points in a game. Instead of wagering on any one of the teams, they are backing a different entity. This type of bet becomes extremely useful when it comes to a game between two evenly matched teams.

In such a scenario, predicting the correct outcome might have a lot of rewards but the risk is also quite high. The over under betting system can be reasonably rewarding, and it also comes with the flexibility of several sub-markets.

There is surprisingly a long list of options when it comes to over under bet. Football﻿ is one of the sports in which this market is extremely popular. Here, punters can predict the total number of goals from as low as 1.5 and going to several multiples.

Even though the standard option appears to be the goal line bet to back over or under 2.5 goals, bookmakers often provide options to even back a total of over 4.5 goals in certain games. This type of betting is widely used for predicting the total goals, while sports like American football﻿ use the same in order to predict the points.

How Does the Over/Under Betting Work?

The betting over under system requires a lot of research into the aspects like history, past meetings, trends, and current form of the two teams. Since these are the factors that play a major role in the number of goals scored by a team in a game, it is important to take these factors into account.

Now, the punter will be able to decide on the total goals that may be expected from a game. Bookmakers offer odds for both over and under a specific figure.

For example, a player can back the occurrence of over 2.5 goals in a meeting between Chelsea﻿ and Manchester United﻿. The use of a decimal number – rather than an integer – in the over under bets is an important facet, as it eliminates the possibility of a tie. In such a scenario, the bookmaker will have to refund the bet. Odds are provided for both over 2.5 goals and under 2.5 goals with the punter having the freedom to choose.

If the game finishes as a 2-1 victory for Chelsea, it means that the game has witnessed a total of three goals. Conversely, if Chelsea had registered a 1-0 win then only the wager on the under 2.5 goals is successful since there is only one goal in total.

How to Bet Over/Under 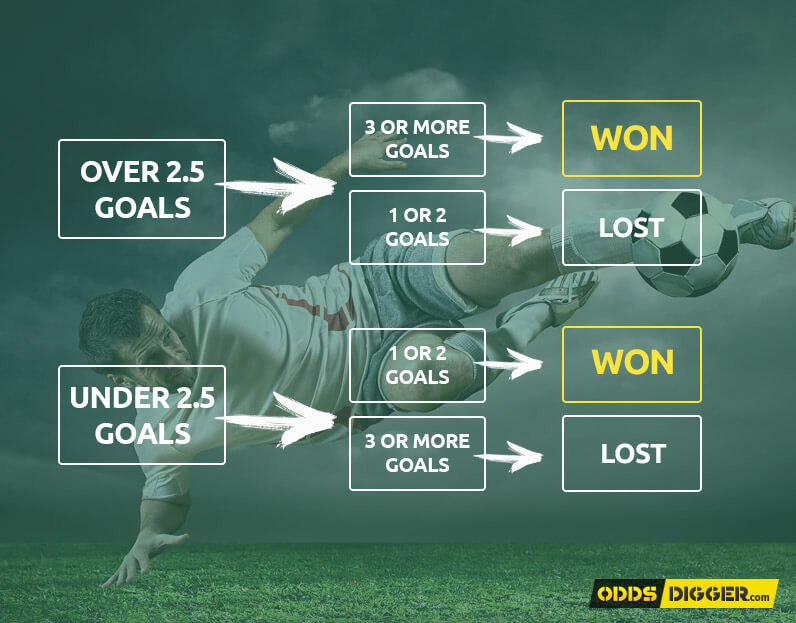 Typically, this form of betting may involve either goal betting or points betting. The latter is the preferred choice in football whereas other sports seem to adopt the latter. When it comes to betting on the total number of goals, the odds are straightforward. For example, the Arsenal vs Chelsea game may receive odds in the following fashion:

it is also quite conceivable to find the total bets available in a spread format, which is the preferred choice in the United States. For example, a game between Indianapolis Colts﻿ and New England Patriots﻿ is likely to receive over/under markets in the following fashion:

Here, the bookmaker is offering the chance to wager on the total points to be over or under 45.5. The punter will risk £108 in order to win £100 when it comes to backing over 45.5 points. On the other hand, they will have to wager £104 in the over under odds to win the same in the under 45.5 point prediction market. 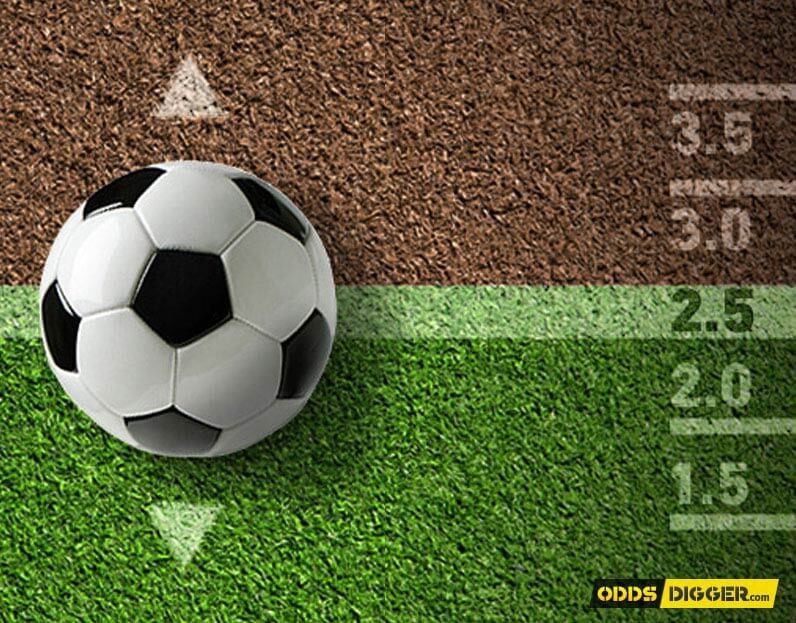 The football over under market can be highly useful and rewarding in several circumstances. It is more pronounced in the case of a favourite team coming up against a very weak opponent. In a case where Real Madrid﻿ take on a second division outfit, the punter stands to make very low returns while backing the former.

At the same time, it is possible to go safe by using the over under soccer markets. The key factors that influence the outcome with regard to goals are current form, outcomes in the past meetings, home performances, away performances, and form of a certain player. A look at these statistics will help predict the total goals expected in the upcoming fixture.

Over Under 2.5 Goals Strategy

The punter will have to research on the recent goal scoring form of both teams and the outcome of past meetings between the two teams.

Over Under 1.5 Goals Betting System

This market is reliable only when two teams struggling for form in the offensive areas meet each other. It would also be a good idea to back this market when a reasonably strong home team comes up against an opposition with poor away form.

Over Under 0.5 Goals System

The over under betting rules for this market have to be adhered very carefully, as there are very few instances of success. It is advisable to go with this market when two highly defensive teams are up against each other.

The over under basketball﻿ market is primarily for the total points scored by a team. Once again, analysis of past performances against a specific opponent, recent form, and the availability of the best players influence the outcome. Identifying the scoring potential of a team is a key factor, and this over under betting explained section will also stress the importance of shopping around for the best odds﻿ from various bookmakers at the same time.

How to Bet on Tennis Over/Under Markets

Tennis fans often wonder how does the over under market work in tennis, but it is extremely simple with bookmakers offering the chance to predict on the total number of games. It is important to gauge the over under bet market through aspects like the strength of the server and the equality of the competition.

Big servers often tend to produce the higher number of matches, and this is true even if they go on to lose the games. Matches between high-ranking opposition also tend to produce a large number of games. This happens to be one of the top over under betting strategy in tennis.