Get the Finest Thai Premier League Betting Odds and Best Bets Only from OddsDigger!

As far as the forecast on untapped markets goes, it doesn’t get much better than Thai Premier League bets that put the shoe on the other foot. It’s possible to prise the lid off this incredible promotion with the best betting odds that leave punters stocked with a full arsenal. OddsDigger has spared no expense in bringing fans a service that sorts them with all the tools they need to compare the top deals from a massive swathe of the betting markets. 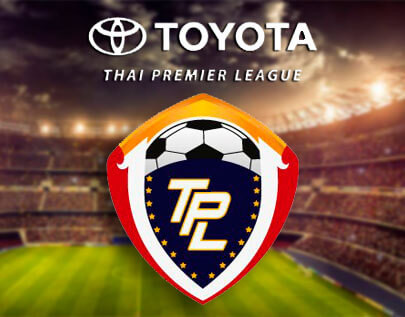 Get the Finest Thai Premier League Odds Only from OddsDigger!

This is the topmost level tournament system for the country’s Football Association. It is also known as the country's premier football competition. Eighteen clubs play with each other in form of a tournament. The tournament is used as a determinant as for which team qualifies for a promotion and which team will be relegated, so do not forget to check both the Thai Premier League promotion as well as relegation odds.

Several methods are used in determining the league’s champion. Some of these methods are head to head, goal difference as well as the number of goals scored by each team. While playing in the Thai Premier League, each team gets points. Three points for a win, a point for a draw, and a null for losing. At each season’s end, the club with the most points becomes the champion. With points being equal, either head-to-head, goal difference, or number of goals scored determine the winner.

Visit OddsDigger today to get all Thai Premier League odds outright and keeping wagering. You are bound to win all wagers as long as you use the odds from the top bookmakers and make the right decisions.

Getting the Best Thai Premier League Title Odds before the Match

Founded in 1996 and the first on pyramid level, this country’s tournament seasons run from March until October, with 306 matches for the whole season. At the end of each regular tournament, the best teams automatically enter a higher league while the team that loses in the competition is relegated to the Thai League 2. OddsDigger gives the fans all the necessary information about Thai Premier League odds on time, thereby giving them enough time to decide before staking their bets.

Always wanted to get the best Thai Premier League odds from an experienced bookmaker? Try OddsDigger today and see the big difference while winning. Use the All Odds button and enjoy more In Play Bets and the likes of placing wagers for score first and win, score from penalty, win either halves, win both halves, and lots more. What are you waiting for? Get the latest Thai Premier League odds winner of your choice today, only from the top football bookmakers found on OddsDigger.