Interested in Armenian Premier League bets? OddsDigger puts at your disposal the best betting odds available online and you don’t have to pay anything to access them. By accessing our website, you will be able to analyze, compare and decide what odds are the best for your betting activity. So, waste no more time and start winning right now with the best odds on Armenian Premier League. 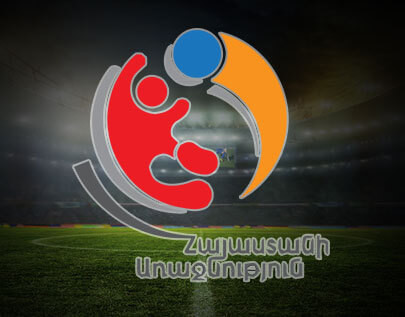 Best in Class Armenian Premier League Odds All in One Place

Once a small regional tournament within the Soviet Union, the Armenian Premier League is now under the authority of the Football Federation of Armenia and is the top-level football competition in the country. Six of the very best teams in the country compete against each other for a chance at a spot in the UEFA Champions League qualifying rounds. Find accomplished clubs such as Alashkert or Ararat Yerevan giving their best for the chance of international fame and recognition and join them with some brilliant bets on OddsDigger.

Our partners: Trusted, respectable, and customer-focused – those are the three characteristics that come to mind when talking about casino online no deposit free money 777Spinslot.

Armenian Premier League Relegation Odds Like None Others Only at OddsDigger

While relegation is always a possibility and there are some really nice wins waiting to be had there, most bettors and punters are interested in the Armenian Premier League title odds because with only six teams competing, it’s harder to pinpoint a definite winner, making the excitement all the more tangible.

If you’ve been seeking high and low for the best Armenian Premier League odds winner and haven’t had much luck, it’s high time you stopped stressing and went to OddsDigger for a quick and efficient solution. We present the odds available from all the top bookies around and give you the effortless option of picking which one fits your needs better.

Winning is one awesome thing, winning big is an entirely better experience, and since we at OddsDigger love outstanding experiences, we want to share them with you by freely making available odds from several of the most highly rated bookies in the world.