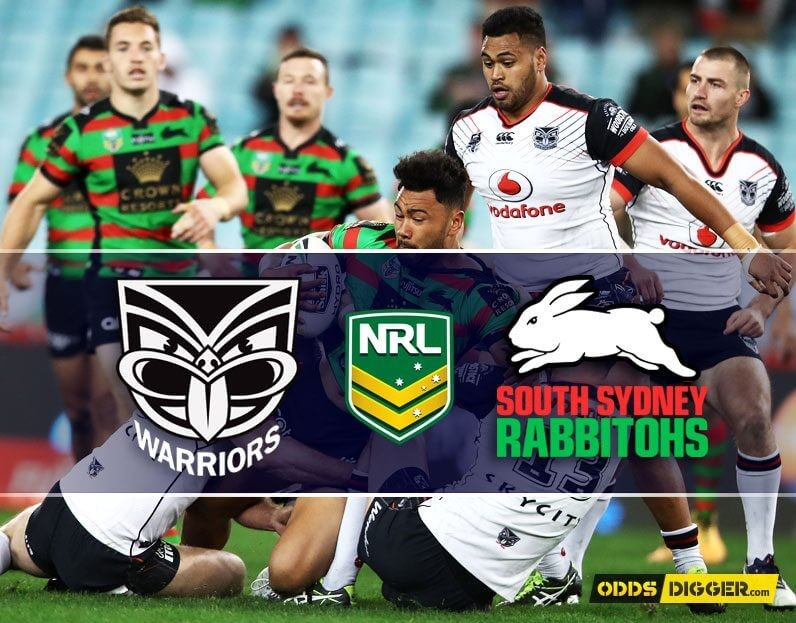 Two of the last season's leakiest defences go head-to-head in the opening round of the 2018 NRL campaign. The Rabbitohs shipped 564 points en route to a disappointing 12th-placed finish that cost coach Michael McGuire his job. The Warriors conceded 575 to come in one place below their opponents here. There wasn't much to choose between them in the points-scored tally, either. Rabbitohs managed 464, while the Warriors scored 444. No prizes, then, for guessing what Rabbitohs' coach Anthony Seibold has concentrated on in the off-season. As our rugby league betting odds show, there's no shortage of talent in either set up, but the Australian outfit looks to have done better in the recruitment market, which should give them the edge.

Our partners: 777Spinslot casino presents access to the most beneficial special offers in the industry, from sign-up offers to bonuses, online casino free spin no deposit and free bets.

With all the talent at Seibold's disposal – Rabbitohs boast Greg Inglis, Cody Walker, Adam Reynolds, Dane Gagai, Damian Cook, and Sam Burgess – it is hard to see past an opening day win for the Rabbitohs. Fans will be especially keen to see Inglis back in the red and green after he missed all but the first game of their last campaign due to injury.

But, as OddsDigger's rugby league tips show, inconsistency is their downfall. Russell Crowe's side can be brilliant one moment and awful next. A lot, therefore, rests on the shoulders of new arrival Gagai to galvanise that brilliance into a coordinated effort in attack and defence. Assuming he can do that first up, the hosts should kick off their 2018 NRL campaign with a useful victory.

When Rabbitohs are good, they are very, very, good. When they are bad, they are horrid. That said, it would be a big surprise if they did not have too much up their collective sleeves for the challenge of the Warriors here. To maintain their challenge throughout the season, they will need Inglis at his best from minute one, and Cook to spark at nine. If those two can direct proceedings, they will have the beating of the Warriors here, which is why the likes of William Hill are offering such short odds. They could also give other, bigger, NRL sides a serious run for their money.

Warriors' coach Stephen Kearney faces a mountainous job – and it starts at the Perth Stadium. On their day, his side could embarrass the brightest and the best, but it will be an uphill challenge from the very outset at Perth Stadium. But, for all that the likes of David Fusitu’a and Solomone Kata had tremendous World Cup campaigns, they rely far too much on halfback Shaun Johnson. If opponents can keep him quiet, they have successfully blunted Warriors attack. Rabbitohs will know this and will set out to stifle Johnson of any decent ball. Then it's simply a case of hanging on to it long enough to get downfield and score a few tries of their own. Given last season's result, admittedly in a game played after the Warriors' finals hopes were dashed, the odds on offer for a 13+ margin of victory for the Rabbitohs from the likes of Betfair are definitely worth a closer look.