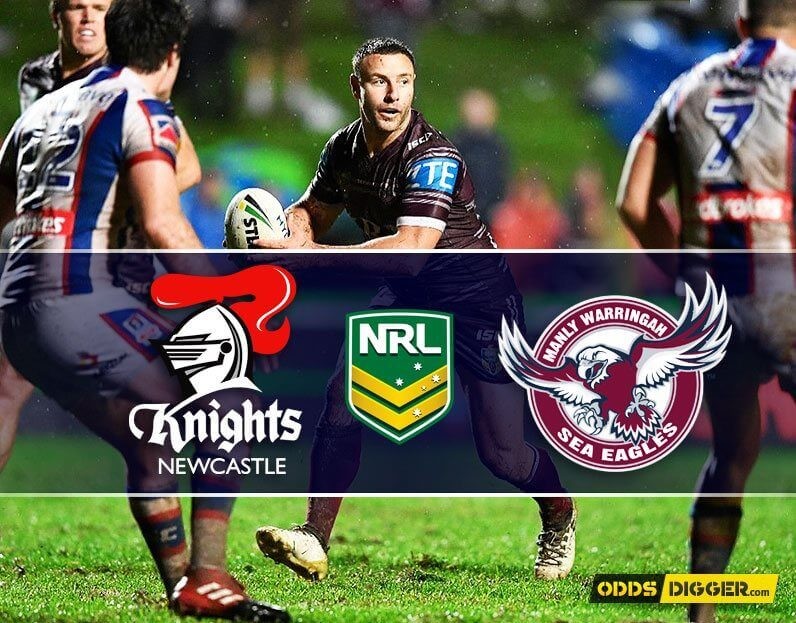 Two sides looking for improvement kick off their 2018 NRL campaigns at McDonald Jones Stadium. The Knights may have finished bottom of the pile for the past three seasons, but there's an air of optimism around the club this season that cannot be ignored. They have recruited wisely in the off-season, to add some much-needed experience to a squad laced with youthful promise but that had been carrying a fair bit of fat. The Sea Eagles, meanwhile, may have reached the post-season last time out, but there was a sense that their campaign rather petered out – and they could be hamstrung by a lack of depth in the squad – notably at the key 6 position. With Knights seemingly on the way up and Manly struggling to tread water amid bothersome salary-cap problems, our rugby league betting odds have this down as a home win.

Our partners: 777Spinslot casino presents access to the most beneficial special offers in the business, from registration offers to bonuses, online casino free spin no deposit and free bets.

That sense of newfound confidence at Knights coming into the NRL season is intoxicating. Former Roosters duo Shaun Kenny-Dowall and Mitchell Pearce have added some genuine NRL steel to a squad that has been carefully trimmed by coach Nathan Brown into something that now looks like a side that will start challenging for post-season honours sooner rather than later. Manly, on the other hand, have the Trbojevic brothers, who were the undoubted stars of their 2017 campaign – which just about managed to paper over the cracks of the club's off-field problems. Manly are always at their most dangerous when everyone writes them off, but our rugby league tips this week predict a close win for the hosts.

Newcastle may have been rooted to the foot of the NRL for the past three seasons, but a rapidly developing team and some smart off-season recruitment means that there is a good reason for that newfound optimism. But, now is the time for the team to turn promising performances in defeat into victories. They need to deliver – and they have a favourable early-season draw that could set them on their way. It starts at home, against old enemies Manly, and, as with all early-season punts, Unibet's odds are typically short on a home win.

It is always tough to call the opening match of the season, as there are so many unknowns that cannot be predicted before a game is played in anger. While visitors Manly could go a long way in the NRL this season, as they did in 2017, they will be relying a lot on luck. Their forward stocks are limited and that could cost them dearly as the season progresses. If Tom Trbojevic and Daly Cherry-Evans fire, they will be a handful. If they start to suffer injuries, their lack of depth could quickly turn into a major problem. But those are problems for the whole season. This is the opening game, and both sides will be out to impress – and Betfair's prediction of a close encounter of the exciting kind is as good as it gets.