North Queensland Cowboys vs Cronulla-Sutherland Sharks Betting Tips and Preview: Cowboys one of favourites for 2018 NRL crown after rollercoaster 2017 campaign 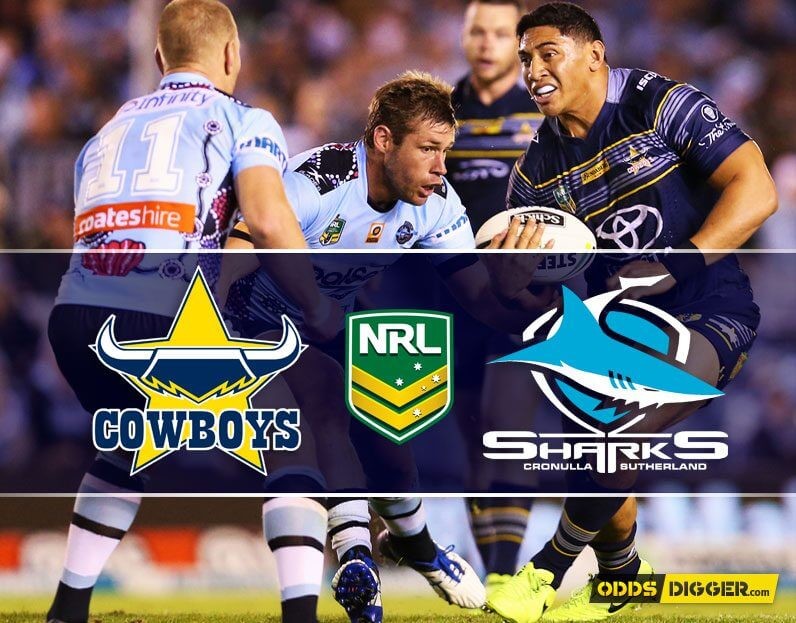 There's some unfinished business to take care of in this NRL season opener for both sides. Even the most die-hard Cowboys' fan will admit they were very fortunate to slip into the play-offs last season, courtesy of a final-day nightmare for Dragons, where they travelled to - and beat - the Sharks on the first stage of a remarkable run to the Grand Final. The rugby league gods have seen fit to pit the two sides against each other first up in the 2018 tournament. This is arguably the match of the opening round of the new NRL season, and our rugby league betting odds have it down as a home win.

Our partners: 777Spinslot casino presents access to the most beneficial special offers in the business, from new player offers to bonuses, no deposit spins uk and free bets.

Don't forget, Cowboys beat Cronulla, Parramatta and Sydney in a remarkable run to the final last season, and our rugby league tips have them as one of the favourites for this year's crown. But, while the Sharks have a history of hope turning rapidly to disappointment, that 2016 title reminded them that they can go all the way - and they will have revenge very much in mind as they gear up for their opening-day trip to Kirwan. They will look for a return to the form that saw them go all the way in 2016 and send the apparently invincible Paul Gallen, along with a number of older players, into the sunset with another title under their belts. But this is a difficult opener to kick off a tough draw for the Sharks that sees them face seven of last season's provisional finalists.

It's always special when two sides with serious ambitions of reaching the finals meet early in the season. But the fact is the Cowboys have won a grand final, played in another, and reached a grand final qualifier in the past three seasons. And while the Sharks also have a recent grand final win to their name, it's almost impossible to see past a home win as the two sides kick off their 2018 NRL campaigns. That is why the bookmakers, including Sportingbet, have got a Cowboys win on a very tight leash.

What is most remarkable about the Cowboys' run last season, is that they did it without two of their most influential players - co-captains Johnathan Thurston and Matt Scott - who were absent for much of the campaign with injuries. Now they are fit and raring to go, in Thurston's case for one last hurrah, the finals are - even at this stage of the campaign - a very distinct possibility. And if they can get off to a quick start against the Sharks, a big win is a serious possibility. Betfair's odds for a 13-point or more winning margin is very much par for the course.

To see odds on the next event visit North Queensland Cowboys vs Cronulla-Sutherland Sharks odds page.