Our partners: 777Spinslot casino was created with the intention of offering the best gameplay, customer experience, and it offers a vast variety of no deposit slots from the best game developers of the industry.

The World Championships Athletics 2017 inches into the final stages and August 13 will witness multiple finals being held for various events – in both men’s and women’s. The women’s game reaches a tipping point with finals for the 5000 m, 800 m, and 4x400m relay being held on Sunday. Let's see athletics betting advice﻿ & key details you need to know. 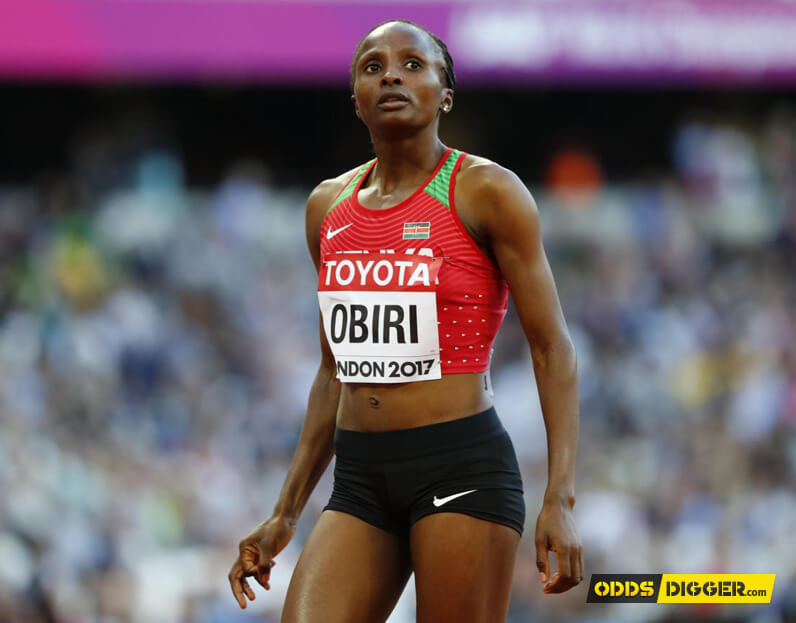 The Women's 5,000m final will be held on August 13. Ethiopia were able to dominate the event in the previous edition. Almaz Ayana managed to win gold after finishing with a time of 14:26.83. Senbere Teferi came a distant second with 14:44.07. Speaking of Women's 5,000m final betting tips, we believe Ayana is far from a victory.

Hellen Obiri comes into the event as one of the potential names who can win the title. She has come a long way since finishing 10th in the 1500 m event in 2011. Since then, she has been able to set world records in the 3000 m and 5000 m categories.

When you have finished tenth, eighth, third and second at 4 major outdoor championships, there is only one way you can go - to the top of the podium. This is what Hellen Obiri's goal is for the 5000 metre race in London. She is motivated, she boasts an amazing form, she's got World Athletics Championships odds by her side and she has nothing to lose.

We see plenty of value in backing Hellen Obiri @ 5/4 with Betway. Her strongest competition may come in the form of Ayana, who is the defending champion. Dibaba is also ahead of Obiri when it comes to the all-time list in the world.

There is tremendous interest in the 800 meter final, as a tremendous competition seems to be building up. Caster Semenya comes into the event as the favourite. Speaking of Women's 800m final betting tips, odds are going short for the 26-year-old despite her elimination from the semifinals of the World Championships in Beijing. This is due to her incredible record in the last two years since that elimination. Semenya has been able to pick up Olympic titles and has also managed runs under two minutes. Hence, it is not surprising to see her ranked first in the World Athletics 2017 odds.

Marina Arzamasova managed to win the title the previous edition after posting a time of 1:58.03. Melissa Bishop from Canada came second with a time of 1:58.12. Ajee Wilson, however, is expected to be the main threat for Semenya. The 23-year-old comes from New Jersey and she managed a fifth place finish in the World Championships 2013. Summing up, OddsDigger's World Championships betting advice focuses on Semenya as a favourite @ 1/3 with Coral.

One of the high profile events when it comes to the World Athletics Championships, the 4x400m relay final has been dominated by Jamaica and the USA. Great Britain are also in the mix when it comes to challenging for the title. We expect 2017 to witness once again a competition between Jamaica and the US. The USA were able to win the 4x400m title in the IAAF World Relays in April. Speaking of Women's 4x400m relay final betting tips, we back the USA @ 1/4 with Betway for a victory in this final as their current team has two runners who have featured in all of the last 5 USA winning teams between 2007 and 2012: Allyson Felix and Sanya Richards-Ross, with the latter showing an absolutely great form. We chose Betway as they boast the best odds.

Decided to bet? The best women's athletics betting odds﻿ for August 13 are available at Betway and we suggest trying their feature-rich platform which comes with a stunning 'Up to £1000 for New Customers Only' Welcome Package!