Our partners: 777Spinslot casino was created with the intention of offering the best gameplay, customer experience, and it offers a vast variety of no deposit slots from the best vendors on the market.

August 13 is a key date in the world athletics calendar, as most of the finals for the men’s event in the World Championships Athletics 2017 will be held on Sunday, August 13. The Men's high jump final, Men's 1500m final, and Men's 4x400m relay final are the various events that are scheduled on Sunday. Let's see our athletics betting picks﻿ as well as some essential information you need to know. 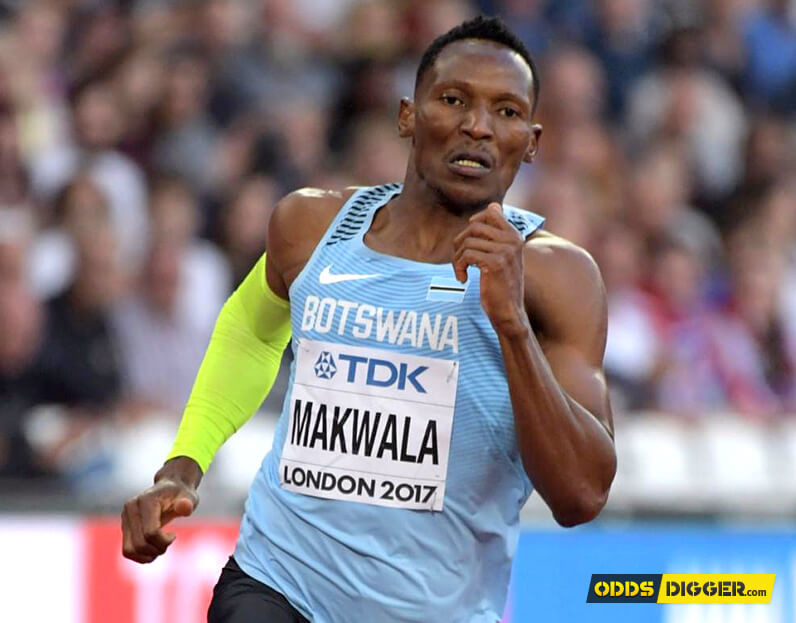 The summer has been low key for the high jump events in the men’s category. Mutaz Essa Barsim comes into the 2017 high jump event at the World Athletics Championships as the favourite for success. The 26-year-old has been vying for the title for several years. He has been the number two in the all-time list since 2014. He has managed to pick up two Olympic medals – 2012 bronze and 2016 silver – and these have made him as one of the favourites in the Men's high jump final betting tips compiled by our team of experts.

One of the strong reasons to back Barshim is that he is on a six-competition unbeaten run. He has achieved some of the top clearances in 2017. As a result, Barshim is priced at 2/7 with Betway. Bogdan Bondarenko from Ukraine comes a close second in terms of the World Athletics 2017 odds and is the main threat. Derek Drouin is the reigning champion after winning the previous event with a 2.34 figure, but his form has been bad lately.

The 1500m final sees Asbel Kiprop coming into the 2017 event as one of the favourites among the general fans. He is the defending champion after having secured victory in the previous edition with a time of 3:34.40. He was able to finish ahead of Elijah Manangoi, who posted a time of 3:34.63.

Speaking of Men's 1500m final betting tips, Kiprop is the strongest threat, as he has been one of the top athletes in this category over the last two years. He is aiming for a fourth world title when he heads to the London stadium for the final. One of the reasons to go against him might be his recent form, which has not been great, missing a few opportunities in races. He suffered a poor defeat in the recent Diamond League in Monaco.

World Athletics Championships odds at Betway are attractive for Manangoi as he is the favourite after having reached 2017's best time of 3:28.80. Manangoi is given odds of @ 2/1. Kiprop comes second due to this recent poor form.

The 4x400m relay final sees the United States coming in as the defending champion with a time of 2:57.82 in the previous edition compared to Trinidad and Tobago, which finished in 2:58.20. The United States are the favourites in our Men's 4x400m relay final betting tips, even though Botswana has a great team as well. The likes of Isaac Makwala are expected to significantly strengthen the Botswana team along with Baboloki Thebe.

However, our World Championships betting advice focuses on the USA for the men’s 4x400m relay since they won the IAAF/BTC World Relays Bahamas back in April, in a race that proved the perfect exposition of relays. Kyle Clemons is a key runner and he's done great so far at the World Athletics Championship. Best odds are offered by @ Ladbrokes 2/3.

Decided to bet? Live odds athletics﻿ for August 13 are available at Betway and we suggest trying their feature-rich platform which comes with a very attractive 'Up to £1000 for New Customers Only' Welcome Package!