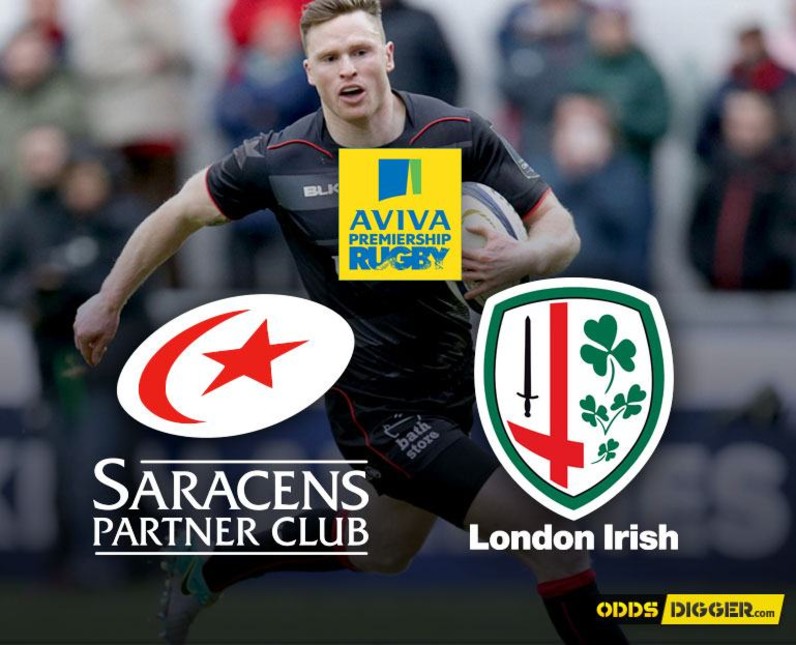 Our partners: 777Spinslot awards its users sign up bonus no deposit slots, promotions for existing members, VIP-benefits and regular battles of spins with amazing prize pools.

The Saracens juggernaut keeps rolling on and they look to be the standout team this season and their two wins in the European Champions Cup over the last two weeks have shown their pedigree with a thumping win over Northampton and a hard-fought thriller against Ospreys. They have only lost once this season, in a September defeat to Bath Rugby and they are a confident side that have quality throughout their side. In Owen Farrell, they have arguably the elite player in the Northern Hemisphere at their disposal and against newly promoted London Irish, they have too much strength to allow the struggling visitors a way into the game. Irish have found life back in the Aviva Premiership tough but have already put a gap between themselves and bottom of the table Worcester and if they can pick up some bonus points on the road, they will see that as a good outcome for the match.

In eight games this season, Saracens have only been defeated once and they are leading the way in the Aviva Premiership and are putting points on teams at will. The highest scorers in the league, they have the likes of the Vunipola brothers and Schalk Burger, along with Farrell to steamroll any team in the league and with the Autumn Internationals coming, they will want to extend their lead at the top of the table. London Irish will want to keep the free-scoring Saracens within touching distance to earn a possible bonus point but they don’t have the depth in their squad to be able to compete with the depth that is in the Saracens squad with all of their internationals. So for our rugby union tips, we can only see one result and a win for the home side who will extend their lead at the top of the table.

The best value for this match between the league leaders Saracens and the struggling London Irish will be to put the home side in an accumulator as a banker as they are unlikely to be troubled by the newly-promoted visitors. For our Rugby Union betting odds at William Hill are the best on offer. The price reflects what is expected to be a one-sided game and using the banker in an accumulator and opening an account with them, where you can get up to £30 when you bet £10, is too good to be missed and could earn you some serious cash. London Irish will believe that they can keep the free-scoring home side within reach and if the home side are complacent, they could cause a shock, but so far this season, Saracens have looked unstoppable and we cannot see anything other than an easy home win for the league leaders.

The huge points difference on offer shows the depth of quality between these two teams and we cannot see anything other than a big points win for the home side but how many points Saracens will put on London Irish will be the only decision to take here. Saracens are the only team to have scored o9ver 200 points this season and are also the only team in the Aviva Premiership to have conceded less than 100 points and this offer at Betfred looks to be excellent value and something to snap up with their welcome offer of up to £60 in free bets when you bet £10. The pedigree that Saracens have shown this season and in their last two matches they have scored just shy of 100 points against quality European opposition, showing that they are the real deal this season and will be a force in all competitions.

To see odds on the next event visit Saracens vs London Irish odds page.