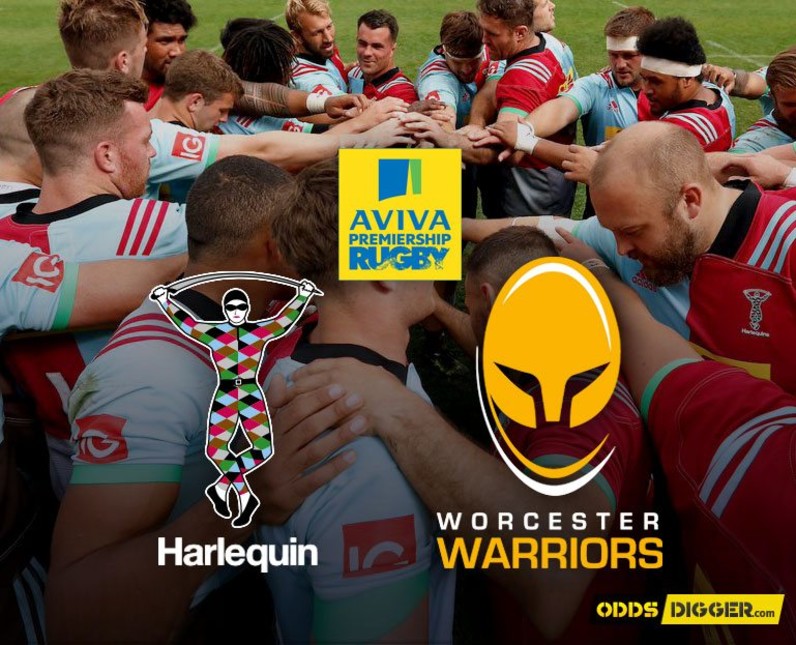 Our partners: 777Spinslot awards its users sign up bonus no deposit slots, promotions for existing members, VIP-benefits and regular battles of spins with amazing prizes.

The break in league action has seen Harlequins struggle in European action with two losses to both Atlantique Stade Rochelais and Wasps and they will welcome a return to the Aviva Premiership and a match against struggling Worcester Warriors. They won’t want to make it three losses on the run and will likely be wary of a potential banana skin match if they take the Warriors lightly and with the Internationals coming up too, they will want to get some points on the board after an inconsistent season so far. Worcester finally got their first win of the season in the European Challenge Cup against Brive but were brought back down to earth last week with a loss to Connacht. They desperately need a win in the league and will go to the Twickenham Stoop with hopes of upsetting the inconsistent Quins. Already five points adrift of London Irish, they need a win soon or they can start preparing for life back in the Championship next season.

This match has the potential to cause a shock as Worcester have now won a game this season and have got that monkey off their back. That win the European action could be a key component of this match and it will be tough for the home side and they won’t take the visitors lightly. However, for our Aviva Premiership rugby tips, we think that Harlequins have too much quality to fall to a defeat against a side that have not won in the Aviva Premiership all season. Two defeats in European action is not what the home side would have wanted but with the likes of Chris Robshaw, Jamie Roberts and Danny Care in their squad, they have the players that will ensure no slip-ups and will move up the table. Being back at home will also give them an advantage and the Twickenham Stoop is a tough place for any team to come too and take points home and for a Warriors side that look destined for a relegation scrap.

The smart money in our Rugby Union betting odds will go on a win for the Harlequins and everything points in their favour. They are back at their home ground where they are more consistent than on the road and teams have struggled to match the Quins at the Twickenham Stoop. They may have lost their two most recent games in European action but they have quality running through their side, even without the services of Joe Marler, who has been banned for three weeks. Worcester haven’t won in the league all season and though they finally got a win in the European Challenge Cup, they fell to defeat last time out and have not got the quality in their squad to sustain a challenge on the Quins for the whole game. That win will have given them confidence that they can compete but they will need the home side to be complacent and underestimate the Warriors to get anything out of the game and we cannot see them being able to match Harlequins.

Harlequins can be sublime one game and very ordinary in another but if they are on their game, they are an entertaining side to watch and with Danny Care pulling the strings they can rack up the points and the -12 handicap on offer from Betfair is too good not to snap up. Their offer when opening an account of up to £100 in free bets is worth taking, as they are one of the biggest scorers in the league this season and though they can also leak points, against a struggling Worcester Warriors side, they are likely to have their heads switched on and won’t want to give the visitors any chance of pulling off a shock result and we expect them to go for a big points win. Worcester don’t have the quality to be able to respond in a high scoring game and if the home side get out in front early, this match could be over quickly and the Quins could grow in confidence and put points on the Warriors.

To see odds on the next event visit Harlequin FC vs Worcester Warriors odds page.