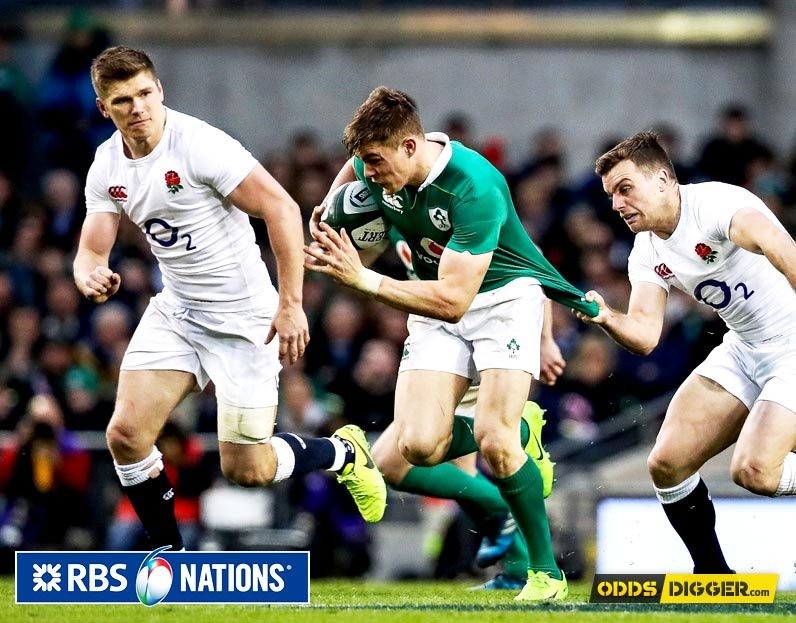 It has all gone wrong for Eddie Joneses side. Defeat to Scotland was backed up with defeat by the French to leave the pre-tournament favourites well and truly floored. The same cannot be said of their opponents, who have already wrapped up the title but now seek the ultimate prize, the grand slam. However, despite the Red Roses problems, it will not be easy as fortress Twickenham plays centre stage to one of the sporting events of the year as we make our England vs Ireland Prediction almost too close to call. For once, the spotlight is not on the hosts and as highlighted in our best rugby union betting previews, the eyes of the world will be locked on this one.

Our partners: 777Spinslot casino gives access to the most interesting promotions in the industry, from new player offers to bonuses, free spins no deposit no download and free bets.

There is a rich history of competition down the years between these two sets of rivals. However, you have to go back to 2010 for the last time that Ireland triumphed at Twickenham. Four matches have followed at the home of English Rugby and four wins for the Red Roses have followed. However, England appear to be a team struggling to find their identity right now. Dylan Hartley’s injury did little to help matters for Eddie Jones but rule the host nation out on home soil at your peril. Three defeats in a row is unthinkable and allowing the Emerald Isle the grand slam at Twickenham is unthinkable. One of our best England vs Ireland Betting Tips is for Jones’s men to come good and end a difficult tournament on a high.

As seen in many Six Nations encounters, home advantage is pivotal. It is of no surprise then that the home sides two defeats have come away from London and a return to English soil is just the tonic Eddie Jones needs to reengage his chargers ahead of a World Cup year in 2019. History certainly favours the home side as well. The English have claimed six of the last eight meetings between the two and although Ireland are yet to be beaten as this year’s tournament draws to a close, they did just scrape through against the French in week one. Both sides have more than enough motivation but there are still few arguments that overall, England are the best side in the Northern hemisphere. This is where 10Bet come in as they boast some of the very best Six Nations betting odds on their platform along with a strong array of submarkets meaning you will be in safe hands betting with them.

The 2003 World Champions may just scrape through for the outright winner as odds on but to get even more value then 888Sport offer the perfect tonic with the smallest of handicaps at -1.5 but far better odds on the match winner market. England’s last three wins over Ireland have come with a margin of eleven, eight and three points respectively. In fact, the last time a game was settled by less than two points between the two was in 2009 and the time before that way back in 1994. 888Sport are always a strong bookmaker of choice for your bets which is largely thanks to their in-depth statistics and variation in submarkets. Whatever happens on Saturday, the headlines will be dominated by the game as the Lions go in search of pride whilst the Irish go in search of history. Strap in for an epic affair you will not want to miss.

To see odds on the next event visit England vs Ireland odds page.