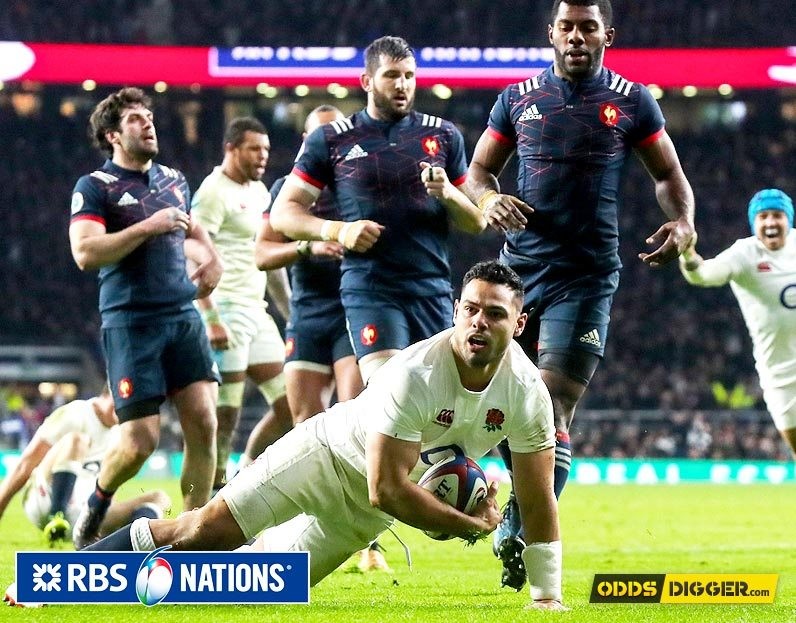 A shell-shocked England head to Paris with their grand slam dreams in tatters after a stoic performance from the Scots last time out rocked the England boat. However, if that was a shock for the English, the French have fared even worse. Defeats to the Irish and the seemingly rampant Scottish have left head coach Jacques Brunel facing an uncertain future and plenty of criticism. However, as highlighted in our best rugby union betting previews, a win can change everything and both these teams can right all past wrongs with a victory.

Our partners: 777Spinslot casino gives access to the most interesting specials in the business, from new player offers to bonuses, free spins no deposit required uk and free bets.

The eyes of the Southern Hemisphere sides will be on this with the focus firmly on how well England bounce back ahead of the World Cup next year. That they should do, and convincingly to boot. Although the France vs England prediction is for a tense opening 40 minutes, the Red Roses’ superior quality in the squad and far better head to head record even away from home clearly makes them one of our top France vs England betting tips to get the win and silence a large portion of Eddie Jones critics at the same time.

Under Eddie Jones, England have looked like they have moved onto another level until Scotland bumped them back down to earth with a bang. However, this is sport and you simply cannot win every single game but one thing that defines a great team is how they bounce back from defeat and England more than have the capabilities to do that. This is highlighted by the fact that England have won five of the last six Six Nations meetings between the two and are still chasing an unprecedented third straight tournament win. The Red Roses look a cohesive unit under Jones and with Dylan Hartley set to retain the captaincy, England look set to pounce once again. EnergyBet’s price for an England win is also one of the best Rugby Union betting odds you are likely to get, especially for an away side, but it just goes to show the high regards England are kept in by the bookmakers.

Much has been made of England’s loss to Scotland, but the French have suffered two defeats in their opening three to leave them in the lower part of the Six Nations table. This is a worry for head coach Jacques Brunel. Although the losses have been by narrow margins and they have had little problem in scoring points, the defence has been a major issue for the French in their three games so far and already they have conceded 18 points more than England. The Red Roses boast the strongest defence of all the teams so far and that could prove pivotal at the end of the 80 minutes. Equally, in three of the last five Six Nations ties between France and England, it has been the Island Nation who have won by ten points or more culminating in that heavy 20-point defeat the French suffered at the hands of England in 2015. This makes 888Sport handicap market for England one of the best submarkets to bet on.

To see odds on the next event visit France vs England odds page.