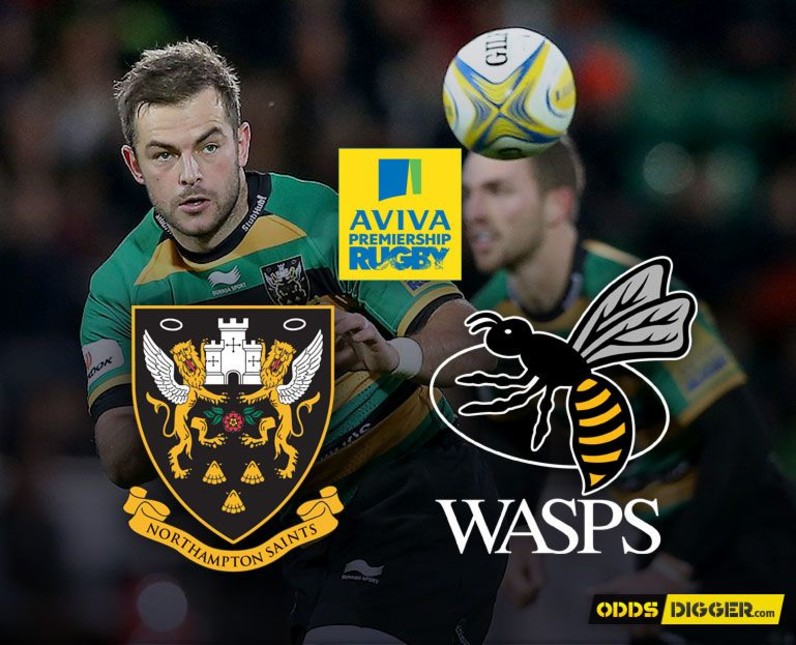 Our partners: 777Spinslot awards its users a slot casino no deposit bonus, promotions for existing members, VIP-benefits and regular battles of spins with astonishing prizes.

Franklin Gardens will be host to another cracking Aviva Premiership clash between two teams that will harbour hopes of challenging for the title. Both teams have started the season with contrasting fortunes and Northampton Saints look to have the momentum in the league and though they have struggled in Europe in the so-called group of death. The two defeats will not have knocked them as much as Wasps would have hoped and they will still be the favourites in our Rugby Union betting odds. Wasps have had an uncharacteristic poor start to the league season and find themselves with just two wins in six league matches and languishing in 10th place in the league. They are a better side than that and they will surely pick their season up but may have to wait until after the Autumn Internationals. They will come up against a home side that are in with a big shout and look to be Saracens biggest threat in the league.

Looking at the form book, there looks to be one winner as Northampton Saints have had a strong start to the season and though Wasps have not started the season with their usual style. Looking at both teams on paper, there is little to separate the two sides. Two losses in the European Cup will have dented the confidence of Northampton, who sit third in the table, but they get back to league action where they will be more confident of putting another win on the board. For our Aviva Premiership latest tips, we think the Saints will edge a tense match. Wasps have struggled and seem to be leaking points in games where they haven’t been in recent seasons and that has cost them but they have also faced the majority of the top teams in the league to date and have come out on the wrong side of the results.

This clash between two of the Aviva Premiership stalwart teams is likely to be a tense affair as Northampton Saints will harbour serious hopes of a title challenge after a strong start to their season and will feel a win here will keep them on Saracens heels. Wasps will believe that they are sitting in a false position and that their season will turnaround sooner rather than later but they may have to wait until after the Autumn Internationals. Home advantage will take on a huge part of this match and Franklin Gardens will be a sea of noise and the value on offer at Sportingbet is too good not to take up. Their welcome offer of up to £50 in free bets when opening an account should be snapped up quickly and by using these odds for this match are tasty and a Northampton win could earn you some serious cash.

This match is likely to swing on some crucial periods and whoever starts the game well, will have the advantage and that could be the key to who comes out on top. Whichever team is able to sustain their performance for the entire game are also going to be the favourites to come out on top. In a close match like this, with squads of similar quality, a small points margin will work in the punters’ favour. The points difference on offer at Betfred should encourage you to back Northampton Saints and with their welcome offer of up to £60 in free bets when you bet £10, this is too good not to take up. We believe that the Saints will edge the close match and the 1.5 handicap is the lowest on offer and you’d be made not to take up the offer with Northampton in good form in the Aviva Premiership.

To see odds on the next event visit Northampton Saints vs Wasps RFC odds page.