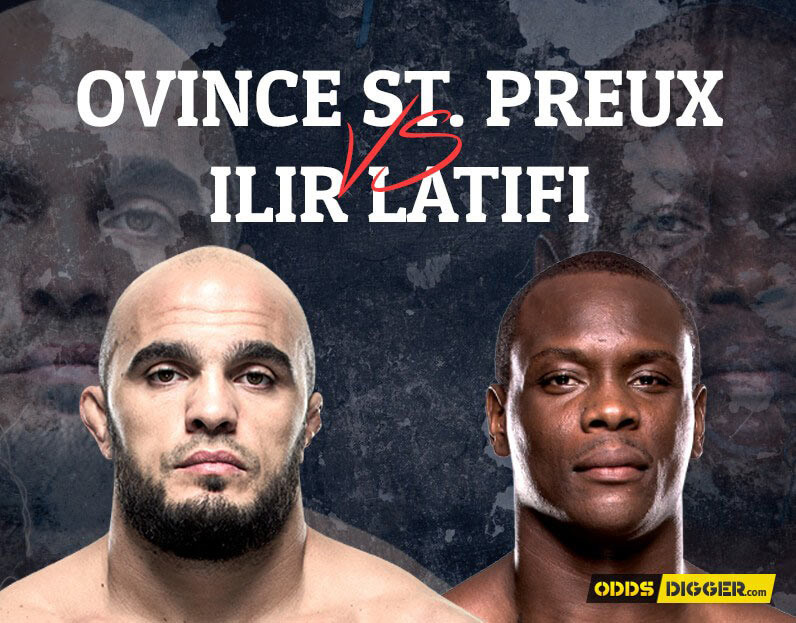 UFC on Fox 28 is the event that brings together Ilir Latifi and Ovince Saint Preux for a key contest. The fight is scheduled for February 24 at the Amway Center. Let’s find out how to bet on UFC and win.

Our partners: 777Spinslot casino site offers access to the most attractive offers in the business, from sign-up offers to bonuses, slot games free spins no deposit and free bets.

St. Preux comes with a strong punching power coupled with the ability to reach slightly more than his opponent. The fight witnesses Latifi coming on the back of a comfortable win, while his major strengths are his power and strength on the canvas.

St. Preux has suffered 70% of his defeats through submission to reflect his struggles on the canvas. Latifi is not the best when it comes to accuracy and it is shown by his figures of just 39% accuracy when it comes to significant strikes per minute.

The recent form of Latifi has been a source of concern with the Swede coming on the back of a loss against Ryan Bader in 2016. Even though the victory over Tyson Pedro did bring him back to winning ways, St. Preux has been displaying much better form. The victory for St. Preux seems likely in this fight. Use our UFC odds comparison tool at OddsDigger to find the best prices!

St. Preux has a slightly better reach compared to Latifi. This is likely to result in a match that will see St. Preux exerting a greater amount of control. The Swede has been prone to some shaky issues in the past and the 34-year-old from Tennessee will be more than capable of rattling him with some powerful punches. The win for St. Preux seems likely as per our Ovince St. Preux vs Ilir Latifi fight preview. Saint Preux was mired in a very dreadful 1-4 streak from 2015 but bounced back quickly in April 2017 with a submission win over Marcos Rogerio de Lima, then continued that with consecutive stoppages over Yushin Okami, Corey Anderson, matchups that came together on an extremely short notice. His form is really good.

The Ovince St. Preux vs Ilir Latifi prediction would go in favour of a knockout victory for St. Preux, as he has displayed more than enough punching power and the ability to take control. Latifi has suffered three knockout defeats in his five losses. A knockout win for St. Preux can be at a good price with SportingBet. Saint Preux finished 2017 very strong and has all the momentum on his side as he climbs the rankings in the light heavyweight division. St. Preux always has the advantage standing up, as his reach and power will control Latifi and test his defense, and he is more than proven on the canvas where he can counter the aggressive Swede. A KO looks very likely looking at his stats.

It is possible to catch this fight on a live stream for free. Besides, there are also options to watch other fights. In order to do so, you should:

To see odds on the next event visit Ovince St. Preux vs Ilir Latifi odds page.