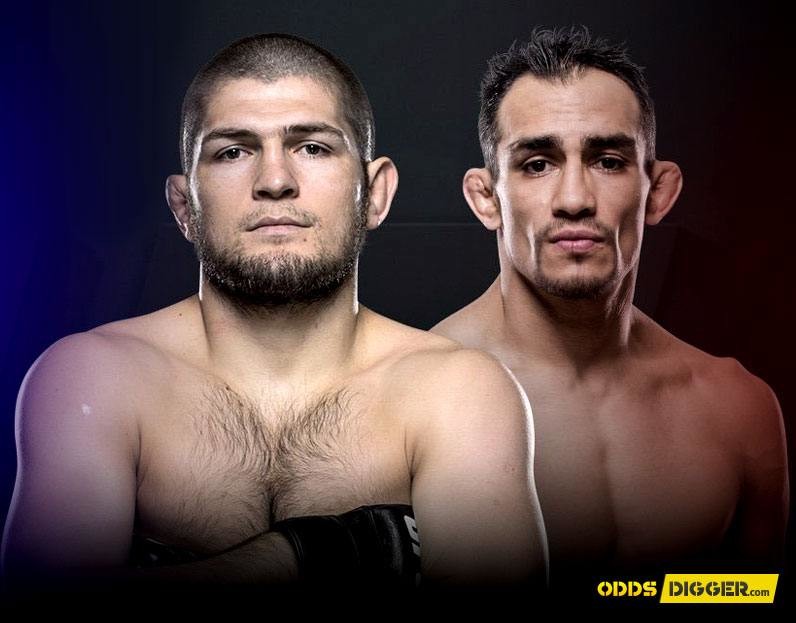 The Barclays Centre witnesses a fight between Tony Ferguson and Khabib Nurmagomedov. This fight is part of the UFC 223.

Our partners: 777Spinslot casino gives access to the most interesting promotions in the business, from registration offers to bonuses, free spins no deposit new and free bets.

Ferguson has a 25-3 record entering into this fight. He has been able to win a remarkable 44% of his fights through knockouts. Nurmagomedov comes with a record of 25-0 in his unbeaten career. Decision wins have been the norm with regard to the 29-year-old from Russia, as 36% of his successes have been through decision wins. Let’s see our tips on betting on MMA.

There are very few weaknesses in Ferguson’s game and one of them is not being at his best when standing up. There are few weaknesses for Nurmagomedov, who will be fighting in New York for only the second time.

The Tony Ferguson vs Khabib Nurmagomedov fight preview is aware of a tough nature of this fight. It will be extremely difficult to separate the two, but Ferguson has been the fighter who has been quite dominant in recent fights. It is best to go with Ferguson, even with Nurmagomedov being an extremely strong opponent. Let’s see the MMA odds now.

This is going to be a stunning fight between two veterans who simply do not want to lose. Nurmagomedov has never lost and has proven himself big on the incredible UFC stage, while Ferguson has not lost in the last six years and has been finishing guys with ease. However, this line is crazy if we are being honest. It’s obvious that Ferguson has the ground game to hang with Khabib Nurmagomedov and a wide aggressive takedown ability, plus he is a slippery fighter who gains position when on the canvas. Ferguson will definitely have the advantage standing up and has an incredible knockout power with a big chance to end this thing anytime. Ferguson comes into the fight with an unbeaten record of 6 years.

He has been known for his aggressive ability to take down opponents, while he also has a strong advantage when standing up. Ferguson also has a strong punching power which excels that of Nurmagomedov. Even though the Russian is extremely good, the vast improvements made by Ferguson in the last couple of years make him our pick for a win. Our Tony Ferguson vs Khabib Nurmagomedov prediction is aware of the strong punching power for Ferguson, but he is no slouch either. The unbeaten record of the Russian shows the ability to take a punch. We expect a submission win for Ferguson with Winner.

Several fights just like this are available on a live stream to watch and enjoy. One just needs to:

To see odds on the next event visit Tony Ferguson vs Khabib Nurmagomedov odds page.