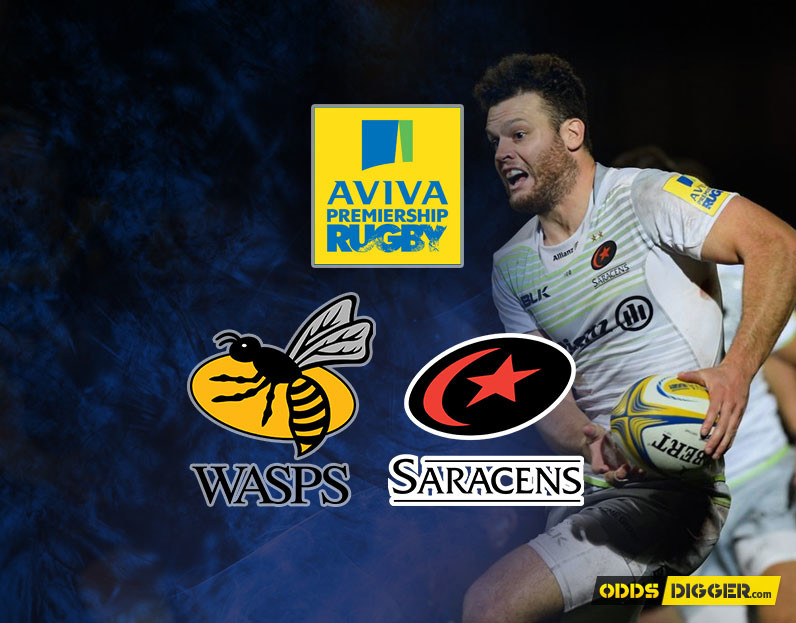 Our partners: Reliable, respectable, and adaptable – those are the three words that come to mind when speaking about free welcome bonus no deposit required casino uk 777Spinslot.

For our latest rugby union odds, we come to one of the ties of the season so far as two of the early season favourites battle it out. It has been a strong start for the home side and they are one of three teams that have won four out of their opening five games and will no doubt be in the mix with one of the strongest squads on show in the Aviva Premiership. In contrast, it has been a disappointing start to the season for Wasps and the free-flowing attacking style of rugby that was visible last season has disappeared. They are on a three match-losing streak including two home losses, which is unlike Dai Young’s side who have been known for making the Ricoh Arena a place that opposing teams don’t like to visit. It doesn’t get any easier for Wasps either and Saracens will arguably be their biggest test and they won’t want to lose a fourth game on the trot.

Looking at the form book, there seems to be only one way to go when predicting the outcome of this match, and though the old saying goes, that the table doesn’t lie, Wasps and their pedigree over the last few seasons need more consideration. As for last year’s runner-up, they seem to have had a longer than expected hangover and they will pick up their results as they have too much quality in their squad. However, in our rugby union tips, we are still putting our money on Saracens, who have the power game to hurt Wasps. In Owen Farrell, they have arguably the premier fly-half in the game and his accuracy with the boot wins matches for Saracens on their own and he also has the creative drive that sees the home team put a lot of points on teams. They have scored the most points to date and also conceded the least and so it seems the Saracens all-round game is in a good place.

There is excellent value in backing Saracens to overcome a struggling Wasps side and by taking Betway’s price of 1/6, which is the best on the market, you can take advantage of their £30 free bet when opening an account with them. Last season’s Wasps would have had some serious value but they have yet to hit their stride and have already lost three games this season, having only lost four in the Aviva Premiership all last season. Saracens are a consistent side and have made Allianz Park into a tough place for teams to come and take points. Wasps should be looking to pick up some vital bonus points that will keep them in touch until they hit their stride. They won’t want to be further behind heading into the International break and a win could see them turn their season around and start afresh in a couple of weeks.

With the most points by any team, this season including two games going over the 40-point barrier the -13 handicap on offer at 10/11 with Betfred is outstanding value and should be snapped up with their welcome offer betting £10 to get £60 in free bets. We expected there to be a bigger handicap against Saracens but Wasps form this season looks to have been ignored and so this is likely to be one of the bets of the weekend and not to be missed. Their meagre defensive record and power game by the forwards means that Wasps will have to put a lot of work in to get something from this game. We just can’t seem them doing that quite yet, particularly because they are not on home turf and heading back to their London roots against one of the form teams of the season so far, which we think will work against them.

To see odds on the next event visit Saracens vs Wasps RFC odds page.