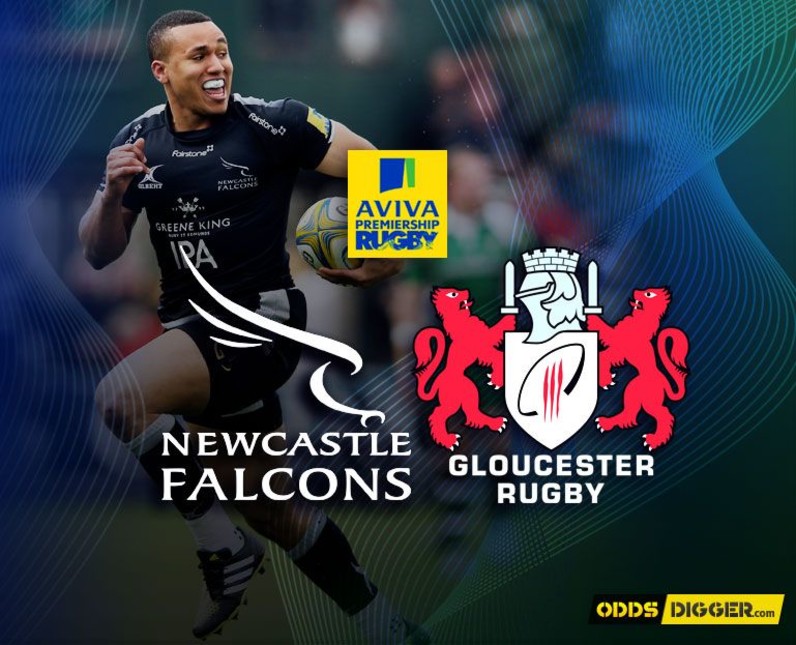 The Aviva Premiership kicks off this coming weekend with an intriguing clash between two teams who have shown flashes of brilliance as well as disappointment this season so far. Gloucester travel up to Newcastle to take on the Falcons and both know that a good run before Christmas will propel them up the Aviva Premiership table. While Gloucester look like they have started that good run already, Newcastle have struggled and will be looking to use this game as a springboard back to winning ways. Let's check our top tips rugby today!

Our partners: 777Spinslot awards its users a no deposit casino bonus uk, promotions for existing players, VIP-benefits and regular battles of spins with astonishing winnings.

Gloucester are really beginning to come to life this season and last weekend they made it three consecutive wins when they won a home game against a very strong Saracens team. This was a tough game for them, and one that saw them dig in and grind out a result, which has been their style in recent games. With five wins from eight games overall, things are looking up for them.

Newcastle were very disappointing in their game against Wasps last weekend, eventually they were well beaten 40-10. That means they have now lost their last three games, although this does represent a slightly easier task for them and they will be looking to get back on track in front of their home fans against Gloucester.

Newcastle have home advantage in this game, and they come here to play what is their best chance of picking up a win for a few games, after facing some very difficult opponents. However, Gloucester really appear to be hitting form right now and they are going to prove very difficult to beat if they are in the form they have been in for the past few weeks.

While Newcastle will see this as a game they can win at home, they are now three games without a win against a Gloucester team who are beginning to hit top form. That is enough for us to fancy Gloucester to win this game, they look to be too strong for Newcastle on recent evidence.

Newcastle may boast the home advantage, but their morale is down right now as they lost last weekend 40-10 to Wasps, reaching three consecutive lost matches. Speaking of Gloucester, they are actually beginning to hit top form and while they are not favoured by bookies and the latest rugyby union odds, they should be able to do very well. A victory is very much possible and the best odds are offered by Betfair, who also boasts a nice welcome package for new punters.

Gloucester may not have a real advantage here in terms of support from fans, but the visitors won three consecutive matches so far, and compared to the home team their morale is way up. We cannot stress this enough: Gloucester is in top form right now and Newcastle Falcons will need much strength to overcome their winning inertia. This market provides great odds at SportingBet.