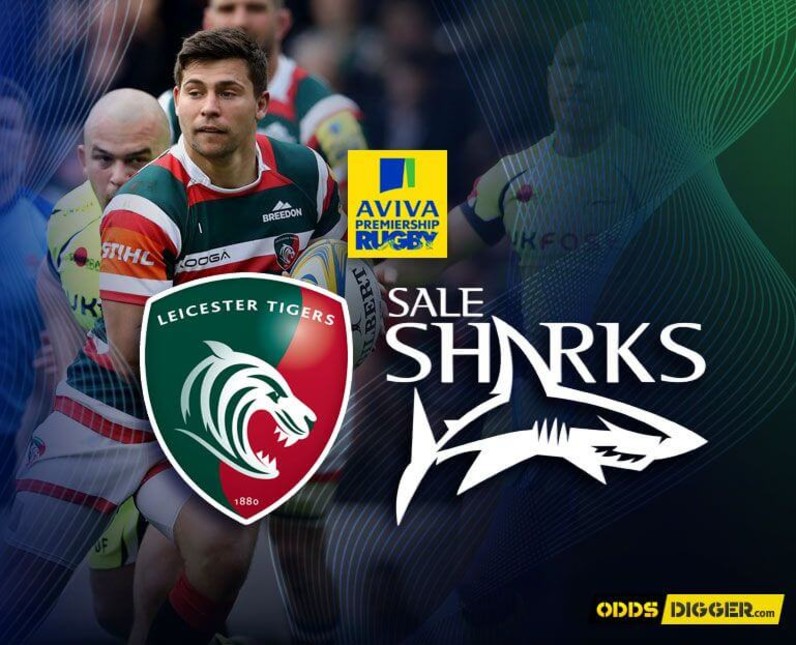 Back from a break, the Aviva Premiership return and the Leicester Tigers will be looking to get straight back into action as they look to chase down the current leaders Saracens. Sale will have been glad of the break after two losses and will be looking to climb the table in the lead up to the Christmas period to give them hope of having a good finish. Let's have a look at our rugby bet of the day.

Our partners: Secure, credible, and accessible – those are the three things that come to mind when talking about no deposit required casino 777Spinslot.

After losing their first two games the Leicester Tigers have looked fantastic and they have been playing some great rugby. They have won their last five since that poor start, and look to be living up to their billing of title contenders. The break from domestic action will have done them good, and they will come back looking to really challenge Saracens over the coming weeks and that could give us a thrilling Aviva Premiership title battle this season.

Sale have won convincingly twice, beating Gloucester 57-10 and London Irish 36-7, but aside from that it has been a disappointing start for them and one they will be looking to improve on over the coming weeks. On the plus side for them, they know they can score a lot of points if things drop right for them, but we have to see them play consistently better, instead of just giving us the odd very good performance.

With the form that Leicester have been in recently it is very difficult to go against them and this looks to be another great opportunity for them, and one in which they can chalk up their sixth win in a row. They have the scoring ability to put many points on the board and anything other than a convincing win for the Tigers will come as a shock to most, such is their ability and the gulf in class here.

While the Sharks will be looking to do better over the coming weeks, this is an almost impossible task for them on return to Aviva Premiership action and they look to be up against it on their trip to Leicester. Let's check today's rugby betting odds.

It is no surprise to see Leicester as favourites for this game by a long way and it is a game they can win comfortably. They are -11 on the handicap line with Betfair, priced up at 10/11. This is the best line available and one that certainly looks in reach, we are expecting to see Leicester win this game by around 20 points, so this looks a great bet. Leicester are certainly worth following over the next few weeks and if they continue their great form, expect to see them move to the top of the Aviva Premiership in the next few weeks.

Leicester Tigers have gotten back on track after losing their first two games and since then they managed to win five times, starting to look more like title contenders. They will definitely continue to gives us thrills while watching the Aviva Premiership. One of the reasons we chose this market is because it offers an outright result and it's a better choice for punters looking for more stability. Sale Sharks have lost their previous two matches and their form is not as great as that of Leicester Tigers.

To see odds on the next event visit Leicester Tigers vs Sale Sharks odds page.