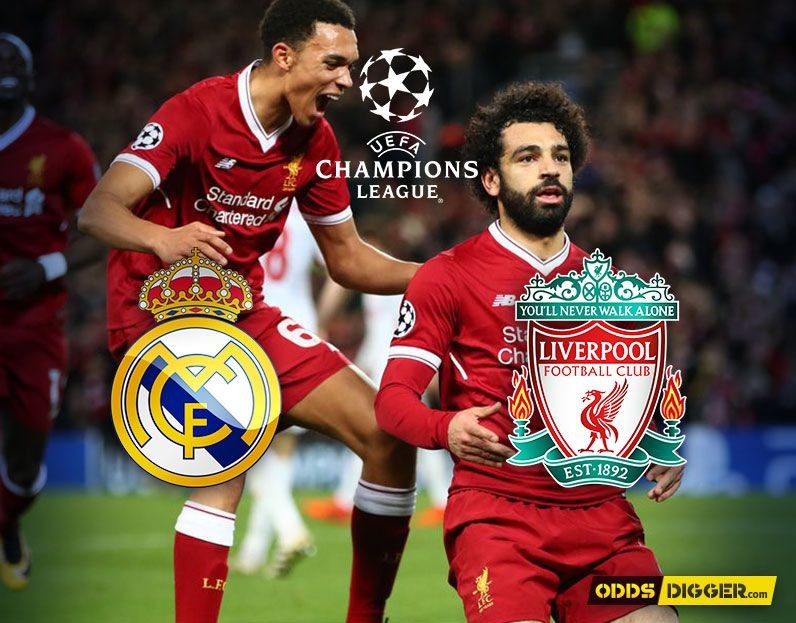 This week’s Real Madrid vs Liverpool FC preview takes a closer look at this weekend’s star-studded UEFA Champions League Final in Kiev. The game will be contested between two of the competition’s most successful sides. The teams have lifted the trophy seventeen times between them in their combined histories.

Our partners: 777Spinslot casino gives access to the most lucrative specials in the business, from sign-up offers to bonuses, free spins bonus no deposit and free bets.

In the lead up to today’s Real Madrid vs Liverpool FC betting tips, the Spaniards have won just once in five matches. With little left to play for in La Liga in recent weeks, Real Madrid have been playing with the brakes on somewhat. They tend to save their best performances for the European stage however and they are gunning to win the Champions League for the 3rd season in a row.

Liverpool weren’t expected to make it to this stage of the tournament. Ranked as outsiders from the get-go, the Reds have surprised everyone with their cavalier football. The bookmaker’s football betting odds suggest that they are win with a big chance of lifting the continents biggest club football prize this week.

One thing both teams featured in today’s Real Madrid vs Liverpool FC bets guarantee is goals and lots of them. Fifteen of Los Blanco’s last seventeen fixtures in all competitions finished with over 2.5 goals scored in them. In La Liga, they hit ninety-eight goals despite finishing a relatively low third.

Jurgen Klopp’s Reds have been similarly prolific, hitting the net eighty-four times during their topsy-turvy Premier League season. In the UEFA Champions League, nine of their last ten matches saw over 2.5 goal scored by the final whistle. Even though they squeezed past Roma in the Semi-Finals, Pool conceded a whopping six times over their two legs against the Italians.

Our Champions League fixture predictions recommend you take advantage of both these sides’ consistent ability to find the net. The over 2.5 goal and BTTS combination looks fabulous value and one of the best options for this prestigious fixture. William Hill’s prices are the best around for that market.

This Saturday’s game is a tough one to call, making picking any Real Madrid vs Liverpool FC predictions in terms of an outright result very tricky. Los Blancos have been below their best domestically in 2017/18, finishing third in La Liga and never really coming close to mounting a title challenge. However, in the Champions League they have been electric.

The latest Champions League odds make the current champions ever so slight favourites and when you look at their route to the 2018 Final, you can see why. Zinedine Zidane’s men have had to navigate tough double headers against PSG, Juventus and Bayern Munich. It takes quite a team to see all those giants off.

In contrast, Liverpool’s passage to the Final has been much smoother, with clashes against Porto, Man City and Roma far easier rides. On paper, Los Blancos have much the better team with top class players in every position, while the Reds really only have a top class forward line and little else. Our free expert European betting tips are tipping the cream to rise to the top in Kiev. The odds for a Real win at Betfred are priced brilliantly, making them difficult to ignore.

To see odds on the next event visit Real Madrid vs Liverpool FC odds page.