Italy vs Netherlands Predictions: Italy Still Searching for Their Form 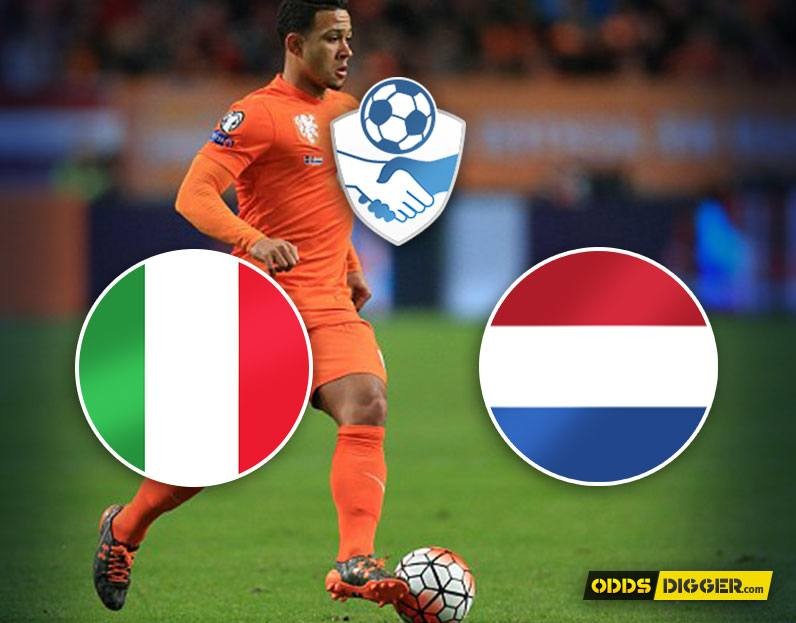 This International Friendly Matches clash is a classic of the football. It is a pity we are not going to see either of the teams in the upcoming World Cup in Russia, but that is life. Entering Italy vs Netherlands preview, both sides started rebuilding their squads and played several very tough matches. Their opponents were top-class nations, and the experiences are not the same. While the Oranje has some success and their game looks better than before, the Italians are still searching for the right formula, and oscillations they provide are pretty big. The bookmakers made them the favorites in this one, and we believe that they made a mistake. That is why we are going to back up the Oranje in our Italy vs Netherlands predictions. The reasons for our football forecast will be introduced in the next part of this article.

Our partners: 777Spinslot casino gives access to the most lucrative promotional offers in the industry, from registration offers to bonuses, free spins bonus no deposit and free bets.

You see, even before the end of the World Cup qualifiers, the Netherlands started playing very well. Dick Advocaat made one very good competitive team, and when Ronald Koeman took charge, he made very few changes and kept almost the same concept and the system of play. Three wins and one defeat against England, which was minimal by the way, is the current record of the former European champs. The last victory over Portugal, 3-0, was very, very confident and it is something which backs up our claim. What also makes us confident in the first part of today's Italy vs Netherlands betting tips is the fact that Azzurri are still trying to find their form. Until the meeting with Saudi Arabia, they had four straight without a win, and even in the latest one, the victory was not that confident. Football odds for our suggestion are very good, especially at William Hill, who offers the best deal on the market for it.

As always, Italy's game is based on very hard and tough defense. They are still creating the chemistry on the pitch due to many changes in the starting lineup, but despite that fact, we have to acknowledge that they always have quality in that part of the team. But what made us 100% sure in this pick is the current state of the Koeman's back line. Over the previous five clashes, they allowed only one goal, and after a long time, it seems that they might have excellent protection of their goal. If we look further back, in the past seven of the preceding 10 games they had ended with the Oranje keeping the clean sheets. Because of that, Italy vs Netherlands bets are going to end with this advice. International Friendly soccer odds for this one are not very high, but they are safe. Bwin's offer is the best, which is why you need to visit this bookie.

To see odds on the next event visit Italy vs Netherlands odds page.