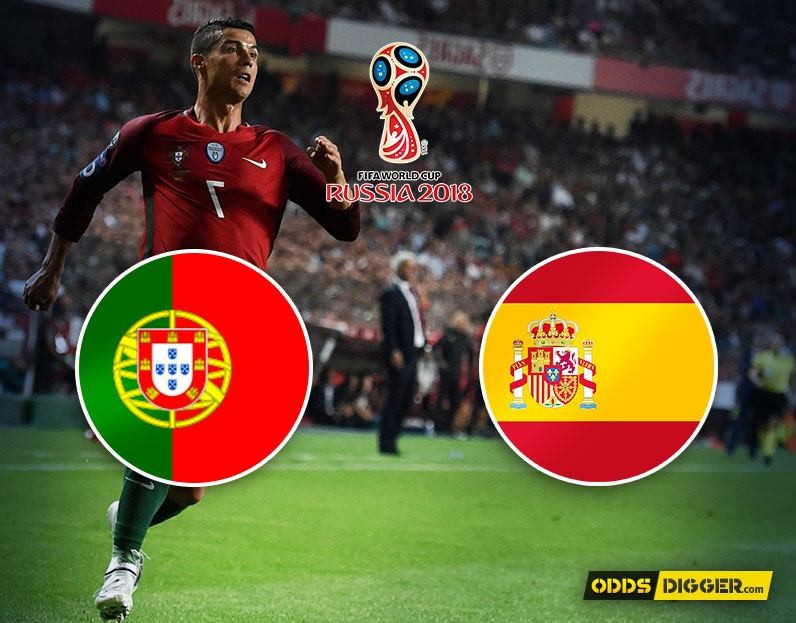 The big derby between the two neighbour countries is once again set to amaze all the fans around the world, and we are bringing excellent insights of it in our Portugal vs Spain preview. World Cup clash is an exceptional situation for Ronaldo and the boys to get even with the Red Fury for the losses in the past. Furthermore, it is very important because it makes their path to the throne much easier, and complicates it for one of the biggest favorites here. But the Spaniards are not going to sit tight and allow that to happen. They are one of the best teams in this tournament, and the recent performances boosted their morale. More about Portugal vs Spain betting tips in the next paragraph, where you can find our football forecast and good suggestions.

Our partners: 777Spinslot casino gives access to the most lucrative promotional offers in the industry, from new player offers to bonuses, free spins bonus no deposit and free bets.

As you see, the bookies at William Hill also favored Iniesta's team in this epic clash. With all due respect towards the reigning European champions, we just can't see any other outcome but their loss. The Red Fury is unstoppable in the recent time, and 10 straight matches in which they won is an ultimate proof for our claim. Demolishing of Argentina, 6-1 was something which reminded every fan that this team still has what it takes to win the World Cup. Also, it appears that Ronaldo and his teammates can't quite handle this rival when it comes to competitive matches at the big tournament. They got eliminated twice in a row, at World Cup 2010, and in France, at EURO 2012. Football odds on Fury's win are more than enough, which is why we have to make this the first part of Portugal vs Spain predictions.

What is the main characteristic of these two teams are the fantastic defenses, which are probably among top 5 in the world when looking national team. Both rivals are excellent in the back line, but not just that, the whole team participates in that aspect of play. In the competitive events, you can rarely see that they allow goals. To be exact, Spain prevented that from happening four times in the last 5 games, while Selecao did it three times in 4 matches. Be sure that this clash is not going to see many goals. Because of the above mentioned, and also because of the importance of the game. After all, it is the opening one, and nobody would like to lose it and endanger the whole tournament. Our last suggestion is to visit SunBets, because their World Cup odds are superb, and follow our advice on this piece of Portugal vs Spain bets.

To see odds on the next event visit Portugal vs Spain odds page.