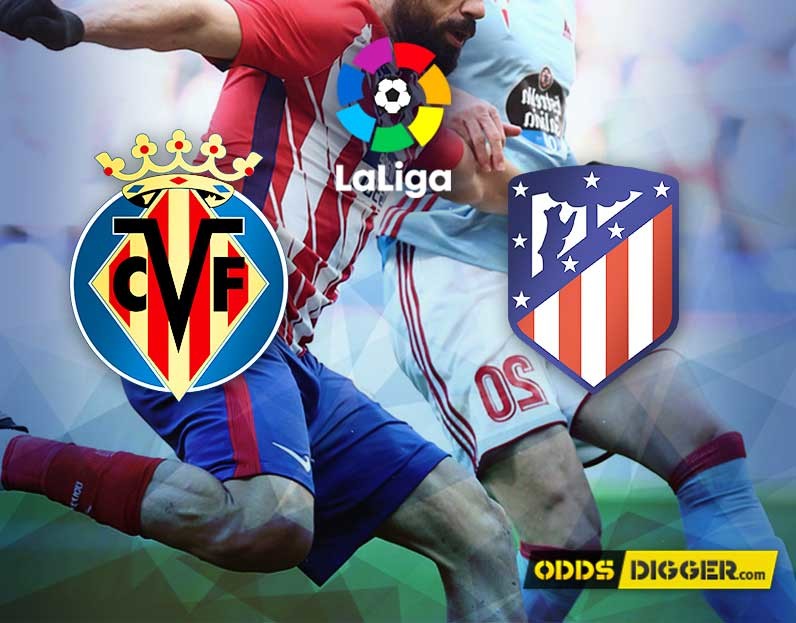 Taking victories each week is the only way that the away side can try and put pressure on Barcelona at the top of the table, ahead of our Villarreal CF vs Atletico Madrid preview and soccer odds, with Diego Simeone’s men performing well both home and away in the league in 2018.

Our partners: 777Spinslot casino gives access to the most interesting promotions in the business, from new player offers to bonuses, free spins no deposit new and free bets.

Atletico Madrid may have lost at Camp Nou recently in the Spanish top flight, making it a very tall order for Los Colchoneros to fight back and make sure there is a title race, but Villarreal have been very hit and miss of late and should drop further points on Sunday.

Our Villarreal CF vs Atletico Madrid predictions back the visitors to battle their way to three points this weekend, with Villarreal also likely to trade blows at La Ceramica according to our La Liga tips for the 29th match day in the division.

Javi Calleja’s side did manage to take three points against Las Palmas of late, but Atleti are far less forgiving in defence and are determined to try and make something of the title race. Despite losing at Barca’s hands recently, they aren’t prepared to throw in the towel just yet.

Atleti come into this weekend in terrific form despite suffering their second defeat of their La Liga campaign a couple of weeks ago. Nine wins from their last 11 league outings tell the story, with Antoine Griezmann and company looking very threatening indeed. Last time out, they bounced back with a merciless victory over Celta Vigo.

William Hill back the away side to take three points on the east coast of Spain, with Villarreal showing that they certainly won’t be welcoming Simeone’s side to a fortress. The hosts have lost three of their last four home games at La Ceramica, with Deportivo Alaves, Olympique Lyonnais, and Girona all taking victories since mid-February.

Atletico, meanwhile, have only lost twice on the road all season. Barcelona and Espanyol have tripped them up, but outside of Catalonia, they are yet to have any major problems. Prior to their defeat at Camp Nou, the visitors were racking up wins against Eibar, Malaga, and Sevilla, with Griezmann and Diego Costa doing plenty of damage.

While Atleti are very unforgiving at the Wanda Metropolitano, they could suffer a blow to their impressive defence record ahead of our Villarreal CF vs Atletico Madrid bets. After conceding one goal against Barcelona and two versus Sevilla recently, Simeone’s side have let their guard down slightly and Villarreal could take advantage.

The hosts have scored in five of their last six home league matches, with Betfred offering the best odds on Atleti to take three points but to fail to keep a clean sheet. Carlos Bacca has nine goals for the season and was dangerous versus Las Palmas, with Nicola Sansone returning from injury with a goal last weekend too. Pablo Fornals will cause problems in behind the hosts’ strike force.

Our Villarreal CF vs Atletico Madrid betting tips suggest the Yellow Submarine will be sunk at La Ceramica, but they certainly have the offensive tools to ask a lot of questions of an Atleti unit that have suffered a little on the road in their last two away outings.

To see odds on the next event visit Villarreal CF vs Atletico Madrid odds page.