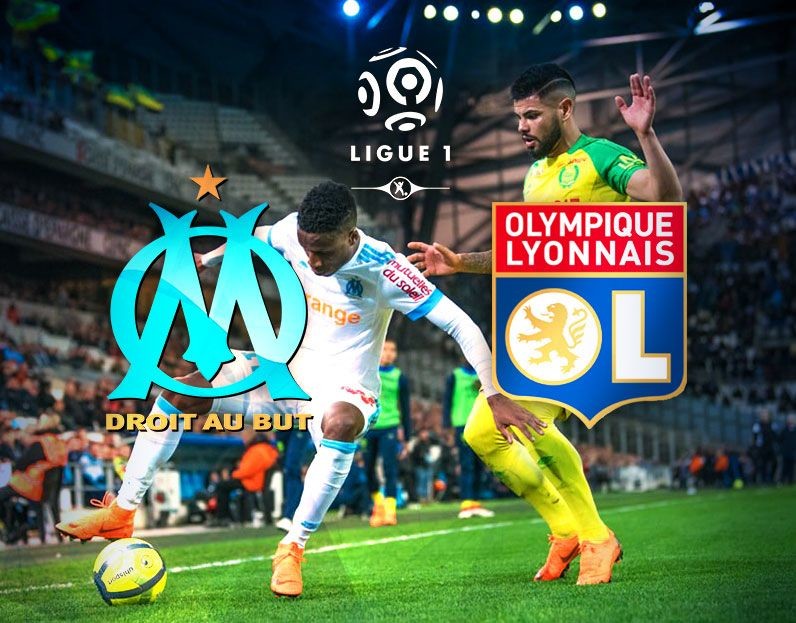 The teams placed in 3rd and 4th position in the Ligue 1 table are involved in today’s Olympique de Marseille vs Lyon preview as the race for Champions League qualification hots up. With just a couple of months of the 2017/18 left to play, the hosts have a buffer of five points ahead of visiting OL. Both clubs have Europa League matches to get through before their meeting on Sunday.

Our partners: 777Spinslot casino gives access to the most interesting promotions in the industry, from sign-up offers to bonuses, free spins no deposit new and free bets.

Ahead of this week’s free Olympique de Marseille vs Lyon betting tips, the home side have lost only three of their last eighteen games. When you consider that two of those three defeats came against PSG in league and cup, their run is all the more impressive. Olympique de Marseille have only been beaten once at the Stade Vélodrome so far this term – only Paris St. Germain and Monaco have superior home records.

Lyon had been mounting a title challenge of sorts before Christmas, but their underwhelming form in 2018 has seen their outside chances completely evaporate. OL have failed to win seven of their last twelve fixtures in all competitions, though one loss in their most recent eight hints that a full restoration of their powers is close. Les Gones are statistically the second strongest team in France away from home this season.

It’s interesting to note that historically, OM have done relatively poorly in this fixture. They haven’t won any of their last eight games against OL prior to today’s Olympique de Marseille vs Lyon bets. The teams have drawn five of their last seven meetings, however, including 100% of their last three clashes at the Stade Vélodrome.

Les Phocéens have been superb on their own patch in 2017/18 though and their record of just one loss from fourteen Ligue 1 contests at their own arena ensures they enter most games there as firm favourites. Three defeats from eighteen overall is also a confidence building sequence to take into the game.

Les Gones may have only lost this fixture once since 2010, but they haven’t managed to win at the Stade Vélodrome since 2012. Their 4-1 win that day remains their only success in Marseille since 2009. With that considered, we are advising you to take the Marseille/Draw no bet option. That will return your stake if the teams end level. The latest Ligue 1 football odds at Betway Sports are priced very generously, so we recommend checking them out.

The teams analysed for today’s free Olympique de Marseille vs Lyon predictions are the joint 3rd highest goal scorers in Ligue 1 this season behind free scoring PSG and Monaco. The sides have scored fifty-nine goals each so far, a full eighteen goals more than the next highest scoring outfit, Dijon. OM’s goal getting power at home is also particularly impressive.

Les Phocéens have hit the net thirty-three times in their fourteen Ligue 1 contests at the Stade Vélodrome since August. That’s an impressive average of 2.3 goals per ninety minutes on the south coast. Furthermore, they have only failed to score once in their last thirty-seven home matches in all competitions.

Les Gones are equally prolific on the road. Olympique Lyonnais are the current top scorers away from home in Ligue 1, hitting thirty-four goals in fifteen games, which is two more than PSG. It won’t surprise you to learn that OL have found a successful route to goal for twelve straight away league matches. With each squad packed with game-changing attacking players, tipping both teams to score this weekend is an easy inclusion in our French football tips today. You can back that outcome using the tremendous odds at Bet-at-home. You won’t find better value anywhere else.

To see odds on the next event visit Olympique de Marseille vs Lyon odds page.