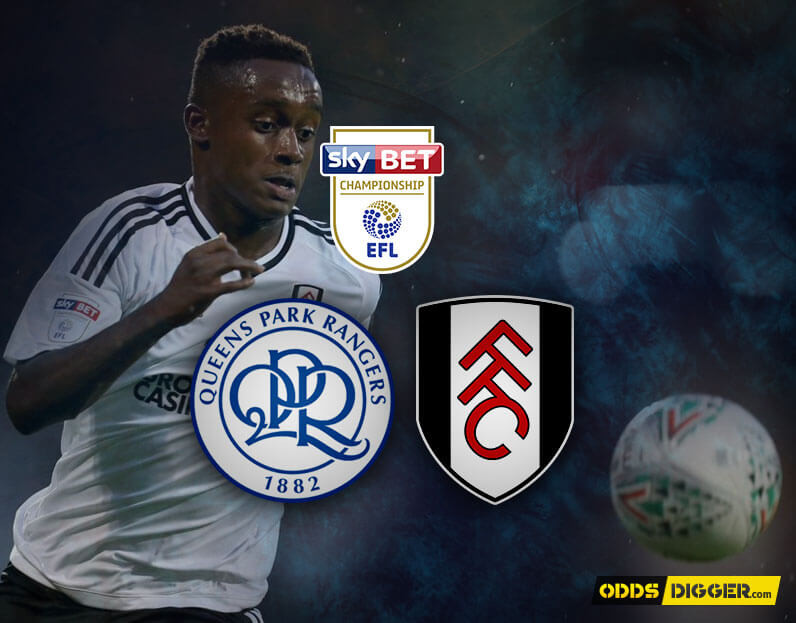 Queens Park Rangers’ manager Ian Holloway must be starting to feel the pressure after his team’s inadequate run of form over the past couple of months. One win from seven prior to this week’s Queens Park Rangers vs Fulham preview has seen QPR slide worryingly down the Championship table and now the Londoners find themselves in 13th position. One defeat in their most recent five doesn’t look too disastrous until you realise that three of the matches ended level. They would have expected better than draws against Burton Albion and Barnsley in their last two games. Rangers are the underdogs in the football odds this week, largely due to the regression in their overall performances.

Our partners: 777Spinslot casino site provides access to the most interesting promotions in the business, from new player offers to bonuses, free spins on registration no deposit uk and free bets.

The Cottagers have lost one game in six in the run up to today’s Queens Park Rangers vs Fulham betting tips and that sequence is all the more impressive given the level of opponent they have come up against. Along the way, they have beaten high flying Ipswich Town and turned over Hull City and Nottingham Forest. They also took a point from division leaders Cardiff City at the start of the month. A key component to their successful period has been the sharing of goals amongst the Cottagers squad. Three of their players, Stefan Johansen, Aboubakar Kamara, and Neeskens Kebano are joint top scorers with two goals apiece.

Fulham’s recent Championship record against QPR is a largely positive win. They have lost just once in four meetings with Rangers. With their performances seemingly on the up, we fancy them to take the points at Loftus Road on Friday in our Queens Park Rangers vs Fulham bets. The Hoops have only won one of their last four on their own patch and until they start to turnaround results there, things will continue to look grim for Holloway.

The Cottagers have been good travellers in 2017/18, of the six times they have played away from West London, they have only been beaten on one occasion. That 2-1 loss to Burton Albion was the only dark cloud over a majorly positive record. Tuesday’s 3-1 win at Forest will have given manager Slaviša Jokanović an enormous boost and he should be able to use the confidence gained there to help his players on Friday. Ladbrokes brush the competition aside for value for this free pick.

In five of the last six direct match-ups between these teams over the last three seasons, there has been over 2.5 goals scored. History favours our bet, games between our analysed clubs have had an average of just over three goals per game over their last six encounters. Dafabet have you covered in terms of price for our second tip of the day. Their odds represent terrific value for the clued-in punter.

To see odds on the next event visit Queens Park Rangers vs Fulham odds page.