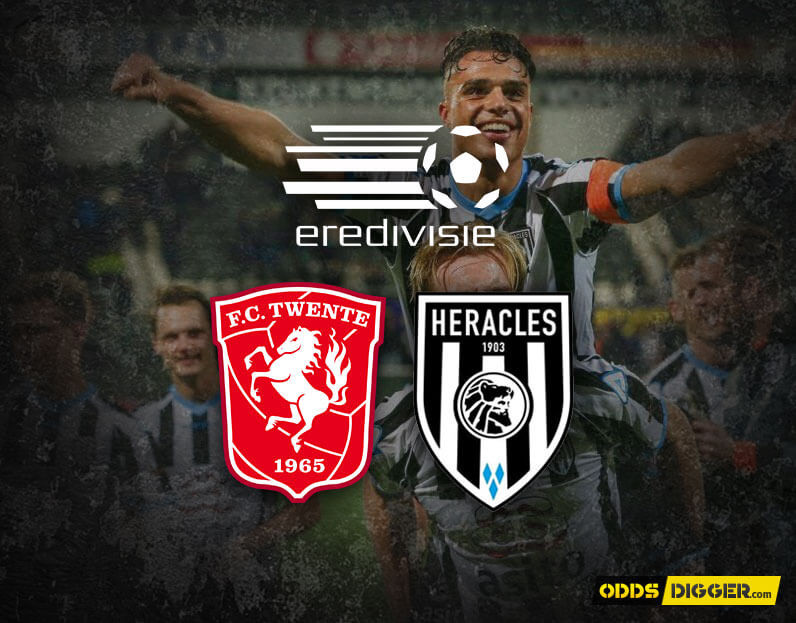 Twente manager René Hake must be having plenty of sleepless nights after his team’s start to the 2017/18 Eredivisie season. Five losses in six games is a dreadful beginning to the new campaign for the side who finished 7th last year. They lost 1-0 at Groningen just before today’s Twente vs Heracles Almelo preview, a result that brought to an end a small positive spike in form. Before their latest loss, they had beaten Utrecht 4-0 in the league and ONS Sneek 3-1 in the cup. The Tukkers have only played at De Grolsch Veste twice in the Eredivisie, however, and Friday represents a chance to get more points on the board. The bookmakers are tipping the home team to win in their football betting odds despite their awful results to date.

Our partners: 777Spinslot casino site provides access to the most interesting promotions in the business, from registration offers to bonuses, free spins on registration no deposit uk and free bets.

Ahead of our Twente vs Heracles Almelo betting tips, the away team put together a run of two straight wins, beating Rijnsburgse Boys 2-0 in the cup and Roda JC 2-1 in the league. Saturday’s victory was their first Eredivisie win since their opening day triumph over Dutch giants Ajax. Although they have only lost twice in six, only four teams have conceded more goals than Heracles. Coach John Stegeman could be without defender Dario van den Buijs and winger Brandley Kuwas for Friday’s contest.

Although the home team couldn’t have asked for a worse start to the season, they have been a little unlucky in some of their games. Their recent 1-0 league losses to Groningen and Sparta Rotterdam respectively really could have gone either way. With two wins from their last three, things are starting to look up and that’s why we are predicting a home win in out Twente vs Heracles Almelo bets. Heracles are yet to win on their travels and in 2016/17, they only won 4 of their 17 games on the road. In the last ten meetings between the teams at De Grolsch Veste, Twente have come out on top nine times, which includes a five-game winning streak in their last five face-offs. I expect them to continue their remarkable historical sequence on Friday. You can find the best value and most lucrative odds at William Hill for this outright forecast.

A major feature of The Tukker’s inability to gather points has been their profligacy in front of goal – they have averaged just a goal a game so far. It’s worth noting in our free football tips that there has been under 2.5 goals in 50% of their league matches. While that stat is a far from certain indication that Friday’s game will have under the same number, we can point to the meetings between the teams last season where both fixtures ended with under 2.5 goals. Those encounters push home the fact that the teams featured in our Twente vs Heracles Almelo predictions are well matched and we should expect few goals this week. Last week’s win was the only time Twente had scored more than once in the Eredivisie in a game in 2017/18, while the visitors have only averaged one goal per game on the road themselves. Coral have an unrivalled variety in the odds selection with excellent value to match.

To see odds on the next event visit FC Twente vs Heracles Almelo odds page.