Chapecoense vs Fluminense Predictions: Fluminense’s Record in This Fixture Is Poor 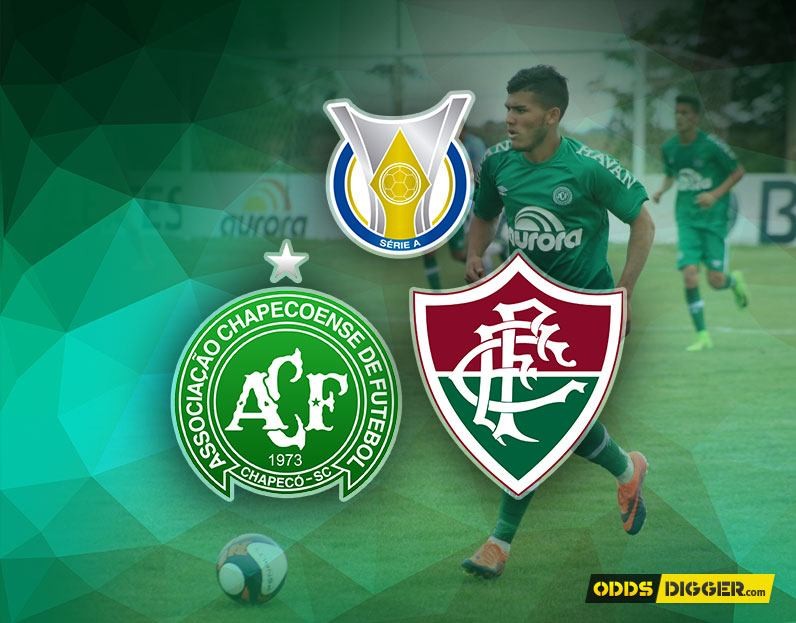 Neither team under scrutiny in today’s Chapecoense vs Fluminense preview come into the fixture in particularly good form. Chapecoense’s 3-2 at Atletico Mineiro on Thursday was their first victory in four games and their first win in the month of October. They have won just once in seven at the Arena Condá and crucially, they have found the net just five times in eight at the own stadium.

Fluminense are placed in 11th position in Brasileiro Série A just one spot above their opponents this weekend. Their 3-1 over Sao Paulo in the days prior to our Chapecoense vs Fluminense betting tips means that they have extended their unbeaten run to three matches, though that result was helped by two penalties, despatched by Henrique Dourado and Robson.

Abel Braga has a real problem with his players’ performances on the road however, they haven’t won any of their last nine on the road, although it’s important to acknowledge that they have had to navigate some tricky fixtures. Games at Santos, Gremio, and Flamengo are not easy. Today’s Brasileiro Série A football betting odds are moulded a little by the Tricolor’s lack of cutting edge on their travels – they have scored one or fewer goals in seven contests during their winless run.

For a country usually associated with free-flowing football, tricks, flick, and goals, the Brasileiro Série A is actually a domestic league with little goalmouth action. To coincide with that, we are tipping under 2.5 goals to be scored in the first of our free Chapecoense vs Fluminense bets. As we explained earlier, the home side have registered just five goals in eight outings in front of their own fans. That’s a desperate goal return from a team who have averaged a little over a goal per game this season in total.

In the corresponding fixture of 2016, the game finished 0-0, a sure sign that we should expect very little excitement this time around. Braga’s team have failed to score in four of their previous nine away fixtures, while they have put the ball in the net just once on three other occasions during the same period. With the under 2.5 market looking a nailed on selection, you can find the most lucrative odds to back it with Unibet. Their prices come up trumps when compared to the competition.

Having analysed the historical head-to-head record between the teams in this week’s Chapecoense vs Fluminense predictions, the home team should certainly be made favourites to take the three points. The Verdão are unbeaten in seven fixtures against the visitors to the Arena Condá at the weekend. In their earlier meeting in 2017, it took a 93rd minute goal from Marcos Junior to rescue a point for the Tricolor in Rio.

However, the home side’s recent form casts a shadow of doubt just a little bit on the outcome of this face-off. One home win in seven is something that cannot be dismissed. For that reason, the draw no bet option is a smart choice, offering the insurance of two outcomes covered by one stake. Having seen Chapecoense win just three times in twelve overall, that extra safety feels necessary. We found the best odds to go along with our Brazilian football predictions at Sunbets, making them our recommended bookie for this free pick.

To see odds on the next event visit Chapecoense SC vs Fluminense FC RJ odds page.