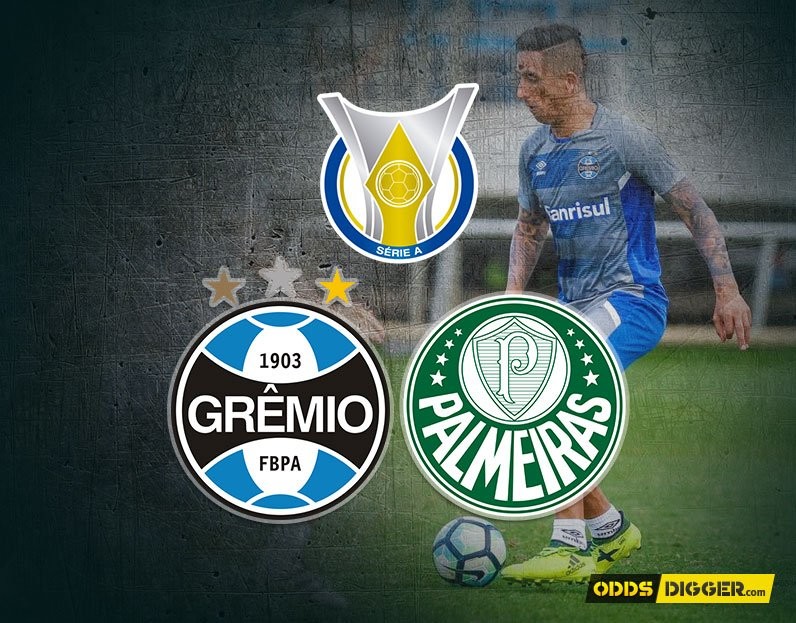 Ahead of our Gremio vs Palmeiras preview and soccer predictions both of these teams find themselves firmly in the top three. There aren’t any points between them in second and third place, with Gremio ahead by the grace of goal difference.

Gremio have only won one of their last three home games in the Brasileiro Série A, as we begin to get down to the business end of the campaign. With Santos just one point off this pair, the pressure is certainly on for both to perform.

Our Gremio vs Palmeiras predictions are based off the fact that both teams have competitors breathing down their necks, which makes a hard-fought and narrow contest the best thing to back with the weekend’s Brazilian Serie A odds.

Palmeiras are unbeaten in their last seven away league games, which is quite a run. This record should continue beyond the weekend, with Gremio’s recent home form not suggesting that they have the capability to blow any opponents out of the water.

Palmeiras are unbeaten in their last seven consecutive away games coming into this contest, with their away form helping to maintain their league standing coming into the closing stages of the season. Given that Gremio have failed to score in three of their last five home games, this should be a very tight fixture.

Unibet offer the best value on a draw on Sunday evening, with neither of these sides able to give in. Anything other than a loss would be considered a good result, with a defeat calamitous for either outfit. Such a situation should lead to a hard-fought game, and it is likely that they won’t be able to separate themselves as a result.

Gremio have lost two home games recently and can’t afford to do the same again. Given that these two are so close in the league standings, both coaches will probably be quite cautious, with the cagey nature given the high stakes sure to mean that less risks are taken, especially early on.

Our Gremio vs Palmeiras bets also backs both teams to hit the back of the net due to their need to stay in contention for second. The away side have kept just one clean sheet in their last five attempts on the road, with there certainly set to be defensive gaps for them to exploit.

Palmeiras’ weakness at the back should be enough to coax some more offensive vibrancy from the home side, who have only scored one goal in their last three home league games at Arena do Gremio. Sportingbet offer very good value on both teams finding the back of the net as a result, but the longer odds should be used to our advantage.

Our Gremio vs Palmeiras picks suggest that this game will be very tight due to what it means for both teams’ aspirations come the end of the campaign. Back it to be a score draw and you should get some great value this weekend.