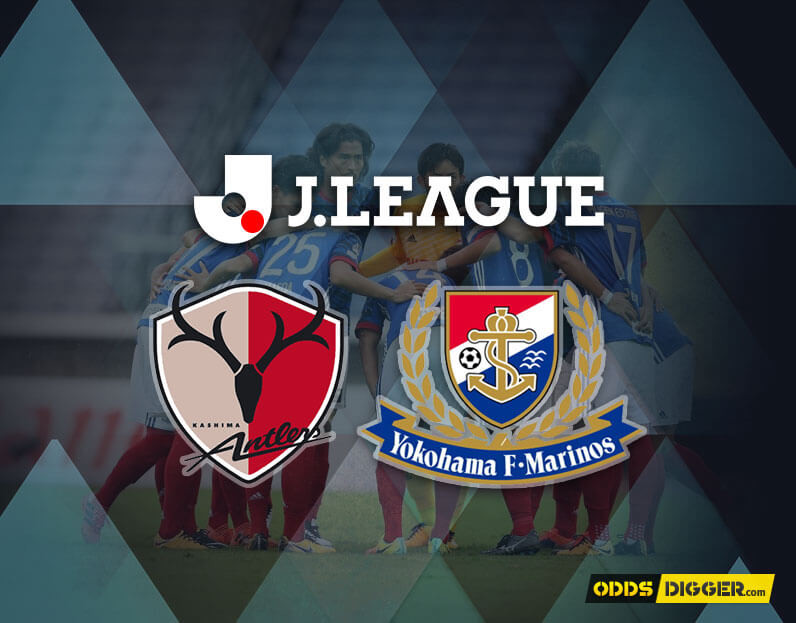 Our Yokohama Marinos vs Kashima Antlers preview is coming in a difficult moment for both participants. This is one of the most important games in the whole season for them and they have Japanese Emperor Cup just 4 days later.

Yokohama Marinos are in the place number for just one point behind the spot which leads to the Asian Champions League. It is why this particular event is very important for them.

They have pretty bad recent history against this opponent and it is why football odds are not in their favour. However, they haven't lost at home in the recent five matches which is a good sign.

Kashima Antlers are currently in the first place and they are desperately in need of a win here. The current form of Go Oiwa’s squad is at the peak and they have 8 wins and only 2 failures in the prior 10 games. The attacking part of the team is working correctly and they scored at least two goals in four of the last 5 games.

In the next couple of paragraphs, we are going to bring you the best football tips for our Yokohama Marinos vs Kashima Antlers prediction.

The first and ultimate suggestion in this Yokohama Marinos vs Kashima Antlers picks is to bet on this outcome. Nobody is going to settle for a draw here. Kashima is the best team on road in the whole Japanese J1 league, and that has to be respected. So the more they are chasing the title and they are in pretty good position at the moment. For sure the guests are not going to allow to defend themselves. Meanwhile, the home team likes to play tactical matches at International Stadium in Yokohama. 4 of the latest events saw less than three goals. However, most recent 2 did end with both teams scoring. One additional fact which goes along with our claim is that Yokohama have to win and there is no room for tactics, especially in the moment when they are going to be under a huge pressure from the title contenders. Do not hesitate to place your bets at 10Bet. They have the best offer for this game by far.

If we take a look at the Japanese J1 standings away from home, we will notice that Kashima, has the most efficient attack are all teams. In 14 matches of the guests have scored 27 time which is almost 2 goals per match. In the last match away from Kashiwa they lost against Sagan Tosu, 1-0, but even then they had 10 shots on goal, a lot of them near the target.

In the last 5 games Antlers scored two or more goals in all events but the above mentioned, which tells us that we need to follow that hot-streak. Also, when looking the history in head-to-head clashes, Kashima scored 2 or more times in 4 out of the past 5 meetings. Japan is a traditional country, and it is why we have to incorporate this proposition in Yokohama Marinos vs Kashima Antlers tips. Bwin has excellent odds for this game, and among them are the ones which we proposed.

To see odds on the next event visit Yokohama F. Marinos vs Kashima Antlers odds page.