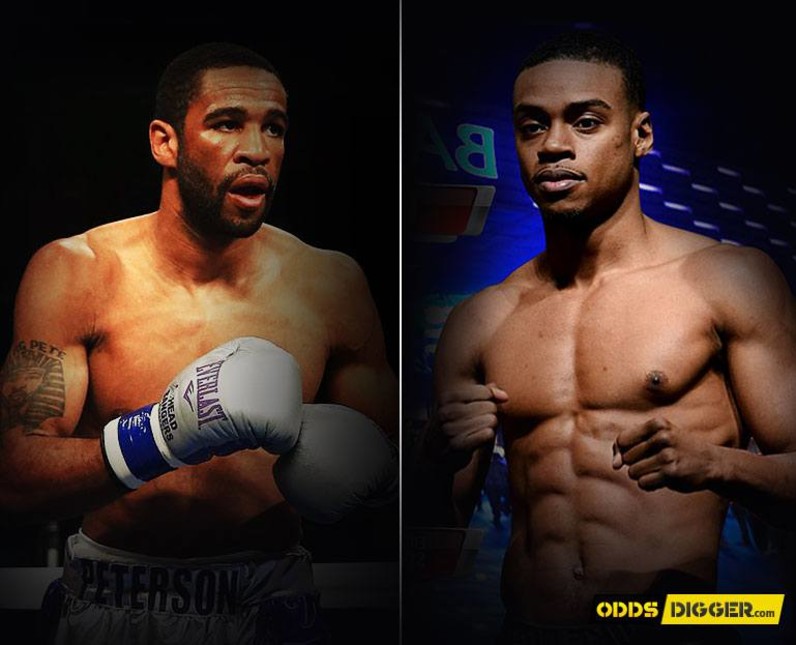 Lamont Peterson looks to take the IBF welterweight title away from Errol Spence Jr when these two boxers face off each other at the Barclays Centre in Brooklyn. The fight is scheduled on January 20th. Let's see our boxing picks for today!

Our partners: 777Spinslot presents its customers a mobile casino no deposit bonus, bonuses for loyal customers, VIP-benefits and regular promotions with fantastic winnings.

Spence Jr comes in with a 22-0 record with an astonishing 19 of those victories coming through knockouts. This makes his KO record an impressive 86%. Peterson has been successful at defending the IBF featherweight title on a couple of occasions and he has a record of 35-3-1. This includes a 44% KO record.

After having recently claimed the WBA welterweight title, Peterson is looking to make amends for his recent disappointments. The 33-year-old is someone who plays the patience game. There have been a couple of welterweight’s challenges for Spence Jr but he has been able to handle them with aplomb. Still unbeaten in his career, the 27-year-old is known for his strong punching power.

Peterson has had a couple of defeats in recent times like the loss against Danny Garcia at the Barclays centre in 2015. Spence Jr has very few weaknesses coming into this fight, but defending the IBF welterweight title will take a lot of concentration.

Peterson may have a strong record coming into the game of being in the world welterweight championship fights. Yet, this may be a whole different story with Spence Jr yet to suffer a loss in his career. The immense punching power within the 27-year-old is a strong element that tilts the fight in his favour. This may be a fight that could go down the road of Spence Jr. Let's see the prices bookmakers offer, and also know that you can use our boxing odds comparison tool!

The biggest advantage of Spence Jr is the strong power which has seen him achieve a whopping 86% KO record. He has been able to combine this with deadly accuracy. The southpaw may lack the experience of Peterson, but he surely has the quality required to come out in much better shape from this fight. A victory for Spence Jr can be backed in this fight and it's the most probable outcome. Spence Jr knows this is going to be a tough one, as he said "I believe this is going to start out as a boxing match, but as we march on, it is going to be a dogfight". Spence Jr's stats and fighting power are simply no match for Peterson, who showed his lack of defence in 2015 against Danny Garcia. That might have happened two years ago, but he only fought twice since then.

Peterson has suffered just one knockout defeat in his career and it shows the strong chin possessed by the 33-year-old. Yet, the strength of Spence Jr is a different element. He has won 19 of his 32 wins by knockout. A surprise pick would be to back Spence Jr with a knockout win. Spence Jr's last eight fights all ended with him winning by KO or TKO. The lack of form might cost Lamont Peterson the fight, and this is definitely the right pick for those looking for better odds.

This fight can be watched live by:

To see odds on the next event visit Errol Spence Jr vs Lamont Peterson odds page.