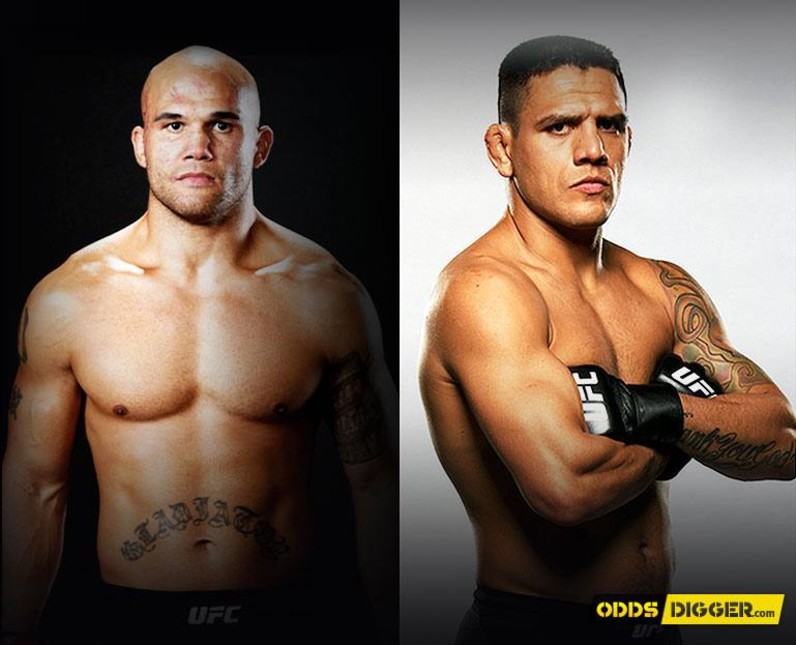 Robbie Lawler comes into the UFC on Fox 26 fight to take on Rafael Dos Anjos on December 17. The fight is all set to take place at the MTS Centre in Winnipeg, Canada. Let's see more about betting on MMA.

Our partners: 777Spinslot is a reputable online casino that offers fantastic mobile casino no deposit bonuses and a wide range of games to its customers!

Lawler has a record of 28-11. The 35-year-old from Illinois stands at 5'11" with a weight of 170 LBS. Dos Anjos comes in with a 27-9 record. He has been able to achieve only 19% of his victories through knockouts. One of the positives is that six of his nine defeats have been through a decision.

The recent fights have not only seen Lawler got a great extents in order to win fights, but he has also demonstrated remarkable stamina too. Dos Anjos has had a successful 2017 after winning the two fights this year. It keeps him in great shape coming into the fight.

The striking run of form for Lawler is a significant positive, as the 35-year-old has been able to win six out of his last seven fights. Dos Anjos has suffered two defeats in his last four fights. He has largely relied upon decisions to overcome his opponents.

Even though Dos Anjos has won two of his fights in 2017, he comes into the fight with a poor record when it comes to the top opponents. Dos Anjos is not the greatest in the ring when it comes to knocking down his opponents and it is demonstrated by his knockout figure which stands at a not so high 19%. In contrast, Lawler is extremely strong in the ring and can be expected to win in this fight. Let's check the live MMA odds.

The solitary victory in 2017 is more than sufficient for Lawler to be at the top of his game. Despite back-to-back fights being successful, Dos Anjos may not be able to stand up against the 35-year-old. A great betting option would be to back Lawler for a win. The 2017 has seen Lawler be part of just one fight, but this has ended up in success for the 35-year-old. He continues to possess an incredibly strong punch which is capable of taking down any opposition in the business. Lawler’s knockout record stands at a whopping 71%, but four of his last six victories have been through a decision. Dos Anjos has also lost most of his fights by decision. It is better to back a victory of Lawler.

Dos Anjos mostly relied on decisions to win fights in his recent encounters, but he is still a very strong player. On the same note, Lawler is powerful but his form has not peaked recently. One of the main reasons why we back this market is because it's a great pick for punters who prefer less risk. Both fighters come into the encounter with similar form and both boast an incredible stamina. It's highly unlikely that one of them will fall to a KO in the first two rounds.

One can grab the live stream of this fight if they: