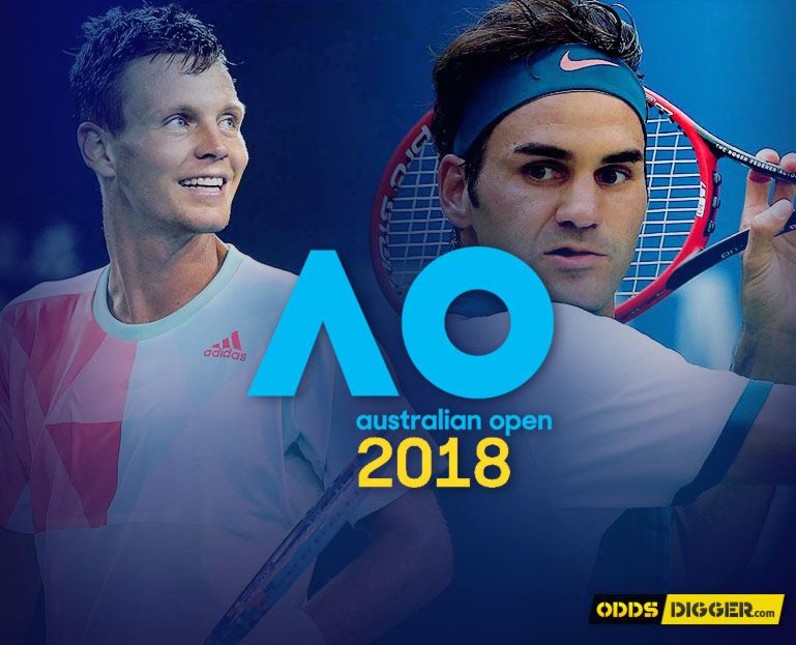 Quarterfinals of Australian Open are about to start, and one of the derbies will be highlighted in Berdych vs Federer predictions. The Swiss eliminated Marton Fucsovics 6-4 7-6(3) 6-2 in the round of 16, while on the other side, Czech was better than Fabio Fognini 6-1 6-4 6-4. It seems that the 19-time Grand Slam champion will have much tougher task than in the previous matches. But more about in the next part of our Australian Open predictions.

Roger had pretty easy draw until now. Once again that heats up theories about his protection in Slams. But that is not our concern in these Berdych vs Federer betting tips. We are here to point you to one important fact. After opening two rounds, Berdych started playing extremely well. He swept Juan Martin Del Potro, and Fognini without a single set lost, and both events were ended with under 30 games. That is impressive, you have to admit. Federer did that only once, against much weaker opponents. So, him losing one set here, wouldn't be a much of a surprise. We have found fantastic tennis odds on this pick at Betfair. We firmly recommend listening to us on this one. Chances that you earn some money are high.

We doubted between this tennis bet and suggesting a tiebreak in the match. Instead, we went for, a safer one. As we said before this match, Federer wasn't that confident in the previous rounds, and that is simply why we do not predict swift and quick resolution in this event. Due to that, it is rational to bet over this margin. After all, Berdych took only one set against this rival since in the last eight matches. Now, the time has come, to end this negative run. Australian Open odds on this one are not something that would make you rich, but safety comes first here. Take Unibet's offer, because it is going to maximize your profit.

To see odds on the next event visit Tomas Berdych vs Roger Federer odds page.