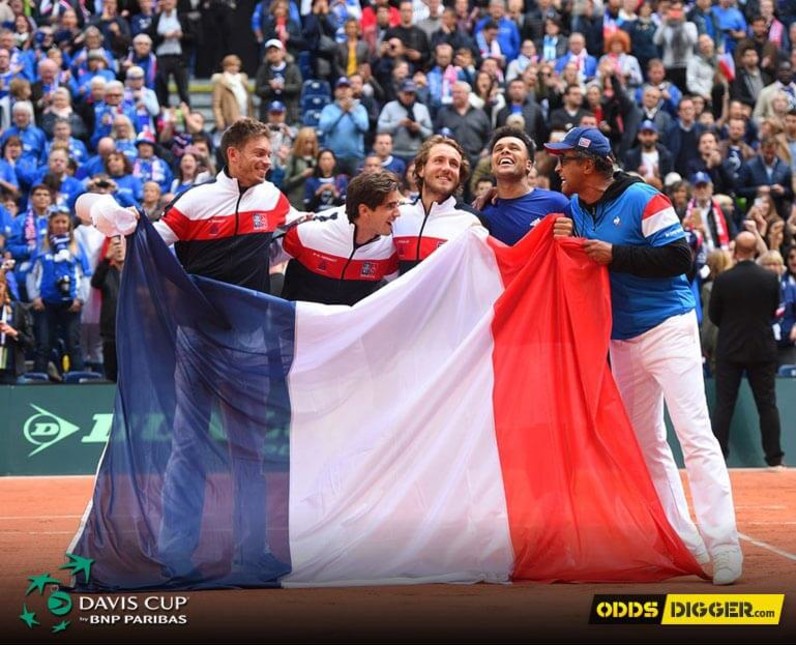 The Davis Cup is one of the biggest tennis competitions on the International Tennis Federation calendar. The tournament has been underway for the better part of this year, and the finals are set to be held in late November. If you are a fan, expect explosive tennis action like you’ve never seen before. And if you are a punter looking to participate in the 2017 Davis Cup betting, you will find all the latest previews of this tournament and other tennis matches right here on OddsDigger. Let's check our tennis betting tips & other key details.

The Davis Cup finals are scheduled for this coming November and all roads lead to Lille where the exciting competition is set to take place. France is set to meet Belgium in the 2017 finals of the Davis Cup Tennis and battle it out for the top honours. France will be hosting Belgium in November as both teams have earned the right of playing for the coveted title. The date for the 2017 Davis Cup tennis finals has been set for November 24-26.

An Interesting Location for the 2017 Davis Cup Final 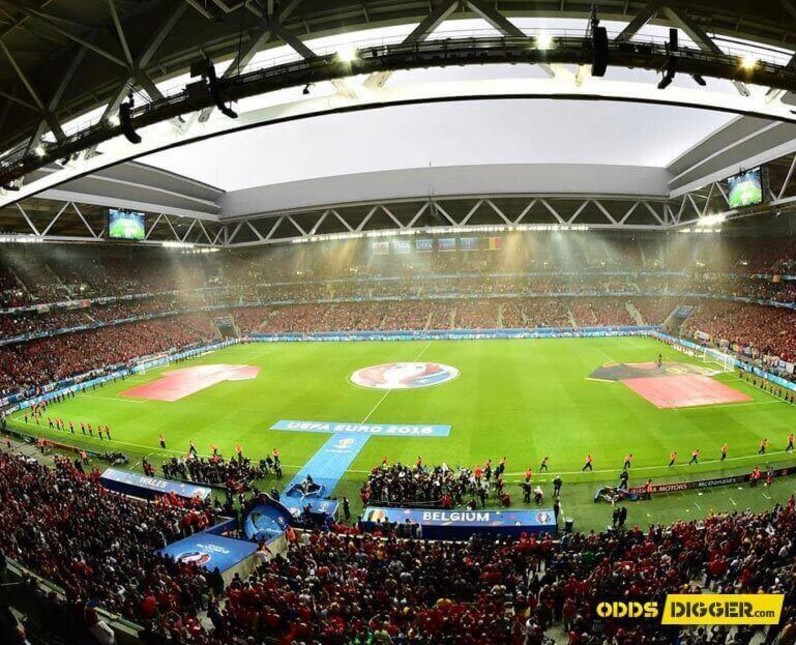 France, who have won the title a total of nine times, will be hosting Belgium in Lille, a city on the northern side of the Belgian border. The mandate for selecting the venue remains with the French Tennis Federation, who had two options to consider for where the Davis Cup finals would be held, one being Lille and the other being Nanterre’s brand new U Arena. The organizing body opted for Lille at the Stade Pierre Mauroy, the same venue where France beat Serbia 3-1 in the just concluded semi-finals on Sunday. The hotly contested semi-finals match with Serbia was played on clay, and the French are planning to lay a hard court for the finals meet up with Belgium come November.

Even though the French Rugby team was preparing to squash it with Japan at the Stade Pierre Mauroy on November 25, meaning that the schedules of both games were conflicting, the rugby event had to bow out for tennis and so, the French Rugby team will have to look for another venue since Stade Pierre Mauroy is set to accommodate the 2017 Davis Cup final. An alternative hosting location for the rugby showdown is yet to be determined and fans of the sport are expecting an update soon.

Stade Pierre Mauroy is renowned for attracting many fans to watch the live games, and in fact, it made history by pulling one of the biggest crowds yet seen in a Davis Cup semi-final contest. In the match that saw France lose to Switzerland, the venue had more than 18 000 spectators, and a total of 48 000 spectators made their way into the venue over those three days.

In the 2014 finals that were hosted at the same venue, more than 27 000 fans trickled in at the Stade Pierre Mauroy to watch as Roger Federer battled bravely for Switzerland to defeat France. The International Tennis Federation marks this as the largest crowd ever recorded in attendance of an official tennis match. In fact, that event was full house considering that the stadium has a capacity of only 27 500 spectators.

If you had not bought your tickets in advance, you might have missed out on that explosive tennis event that saw Switzerland snatch the trophy from the anticipating hands of the French. And fans are expecting a somewhat similar duel with lots of explosive action come November when the two tennis giants, France and Belgium, meet at the Stade Pierre Mauroy for the 2017 Davis Cup final showdown. If you are looking to place a wager on this upcoming tournament, you can find the most relevant Davis Cup 2017 final betting tips right here on OddsDigger.

Quick Analysis of France's and Belgium's Past Davis Cup Results

France has had quite an unfortunate history with the Stade Pierre Mauroy venue since they last won the Davis Cup title way back in 2001, that is 16 years ago. Since then, the nine-time champions have unsuccessfully pursued the title, having lost in three finals, 2002, 2010, and 2014 respectively. France hopes to redeem itself in the 2017 Davis Cup finals when they meet Belgium for the title. If their performance at the semi-finals is anything to go by, then Belgium should expect a tough match come November when the two teams meet for an outright battle for the trophy. The Davis Cup results will be a winner takes it all, considering that only the number one slot is worth bragging about.

Davis Cup Bets: What Happened in the Semi-Finals

Belgium’s clash with France in November is highly anticipated, with fans and gamblers eagerly making preparations for the most prestigious tennis competition of 2017. Belgium edged out Australia in one of the toughest matches ever played in the Davis Cup 2017 edition. Belgium was the stronger team and they beat Australia 3-2 to secure their slot in the finals. As for the relevant Davis Cup final winner odds, you can find it all here on OddsDigger.

Belgium went in on Sunday trailing 2-1, but Goffin beat Kyrgios in an explosive encounter that forced a tie. Goffin had never beaten Kyrgios and it seemed the record would be extending after he lost the first set. However, Goffin responded confidently by breaking the second set earning his breakpoint, the first in the match. He held serve in the rest of the match, taking it 6-4 against Kyrgios. He employed a combination of remarkable serving and exceptionally powerful plays that saw him take the third set 6-4 in an exhilarating atmosphere. Not only were the players engaged actively in winning the match, but the spectators also played an important role, because they were clearly cheering for Goffin, who took inspiration from the home fans to edge out Kyrgios, who was the better player of the two. Goffin forced another break point from Kyrgios and made no mistake to serve Kyrgios a 6-4 beating in the fourth set. It was left to Darcis to edge out Thompson and Belgium would no doubt face France. The outcome was as expected, Belgium took the win.

The two tennis giants will meet in November and it is up to the fans to prepare in advance to catch the game live at the Stade Pierre Mauroy. Punters are also not to be left behind because such competitive sports is an awesome opportunity for them to place bets and hope to win big payouts. If you are a punter looking to take advantage of the upcoming Davis Cup finals, you will find the best Davis Cup final tips right here on OddsDigger.

How Was the Run to the Final Showdown? 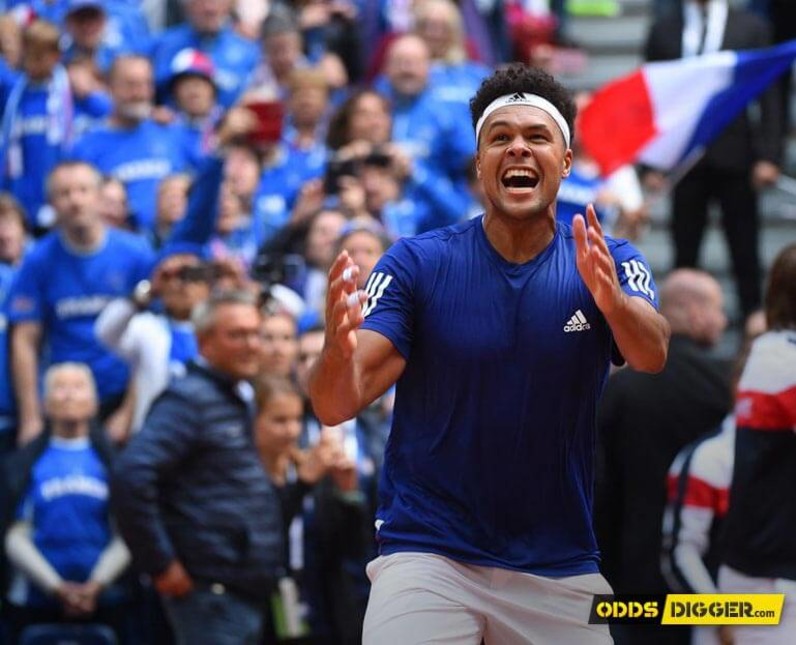 The US lost to Australia in the second round with Italy being busted by Belgium. At the same time, France has brushed aside Japan in a 4-1 opening round win, then defeated the Great Britain, a traditionally strong team, on the courts of Rouen (clay). France won against Serbia in the semi-finals (8th seed) and Belgium defeated Australia in a tight match. France managed to beat Serbia 3-1, a better margin than Belgium's 3-2 against Australia. France looks to be more powerful. Let's check our definitive tennis predictions.

France stands at just 1/4 as a favourite in the betting odds for the Davis Cup final and when they enter the Stade Pierre Mauroy in the city of Lille in late November, Belgium players will immediately see the mountain they want to climb. Belgium is 3/1 to win the final, and in such a two-horse race, the tennis odds are very long. Their individual talent might be great, but as a team, they won't go far. As far as a bet on France goes, this pick is a sensible option given that they play on their home field. The train has not stopped moving yet and Belgium still have the chances but we maintain our position. Players to watch for your Davis Cup bets: David Goffin for Belgium and Jo-Wilfried Tsonga for France.

Who Will Win the UEFA Champions League in 2017?
Football
Kevin McNamara