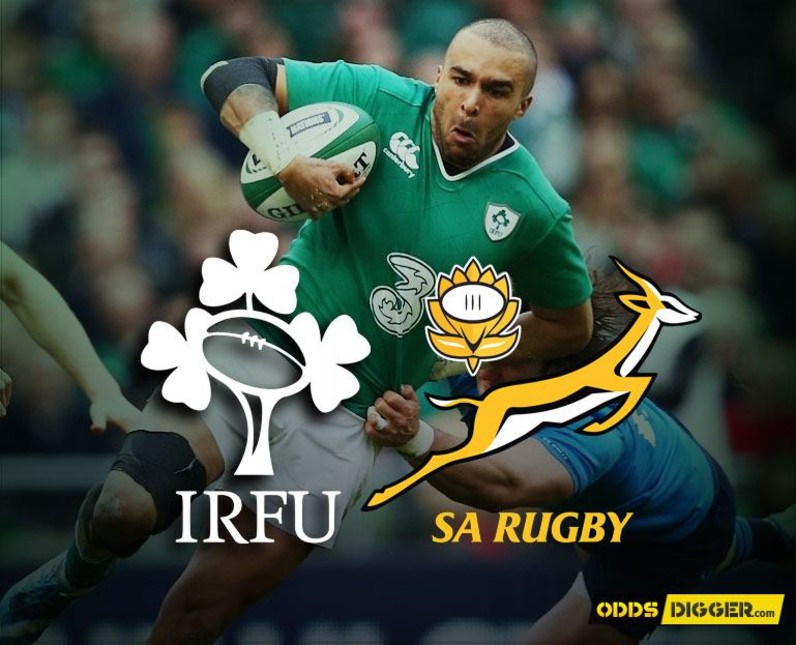 Ireland begin their Autumn International campaign with the toughest of their three games coming first, that is this weekend’s game against South Africa. Should Ireland find a way to win this game, then they would really fancy their chances of winning all three games this month. South Africa have set up an extremely tough run of games, with four games in four weeks starting here, and including trips to France and Wales. Let's see what betting on rugby means in this match.

Our partners: 777Spinslot is a well-known gaming platform that offers great no deposit money bonus offers and a wide variety of games to its customers!

Ireland won all three of their games in the summer but they didn’t really test themselves like some of the other nations did. They won twice in Japan and once in the United States, looking convincing in all three games, but those teams are not at the same level as South Africa. This is the first time Ireland have faced a top team for quite a while, but they are still favourites for the game due to having home advantage.

South Africa beat France three times over the summer showing their superiority when they play at home. This is going to be a different test for them, but the way they played in those games and with the superiority they had shown us, they are certainly a match for anyone. This is the first of four tough games for them and they will be looking to get off to a good start to give them something to work with.

This game should be a close one, South Africa have a better team than Ireland, but the conditions and home-field advantage will certainly suit the Irish. However, one thing that disappointed me in the summer was the lack of a test for Ireland, and they come into this game not having played a formidable team since the six nations back in February of 2017. That may catch them out and is a positive for South Africa who have tested themselves against France over the summer.

That could be the difference here, there is not much too choose between the two teams, but we have seen South Africa show a much higher level of form recently and that is enough for me to think they can win this one. Let's see how to work out rugby odds!

Despite coming into the game as the underdogs, we think South Africa have a great chance of overturning Ireland on Saturday, and they are a great price to do so. The best price around for South Africa is 17/10, which is available with Unibet and offers a tremendous value for the game. This should be very close, with just a few points separating the teams, but for us, South Africa have the edge. They have beaten powerful France three times this summer and they can show their superiority against Ireland as well, there's no doubt about that.

The other bet to look at in this game is the half time betting. We believe South Africa will make a lot of substitutions in the second half because this is their first game of four in four weeks, and they will want to introduce as many players as possible. That could be where the game comes close, so backing South Africa to win the first half with William Hill may be the best way to play the game. South Africa will be at their strongest in this half and look more than capable of beating Ireland in it.

To see odds on the next event visit Ireland vs South Africa odds page.