The F1 Brazilian Grand Prix is set to be another sensational showdown between the key men competing for this season’s Driver’s Championship with plenty of twists and turns expected along the way and it is very important to know all the Brazilian Grand Prix 2017 betting tips and predictions. 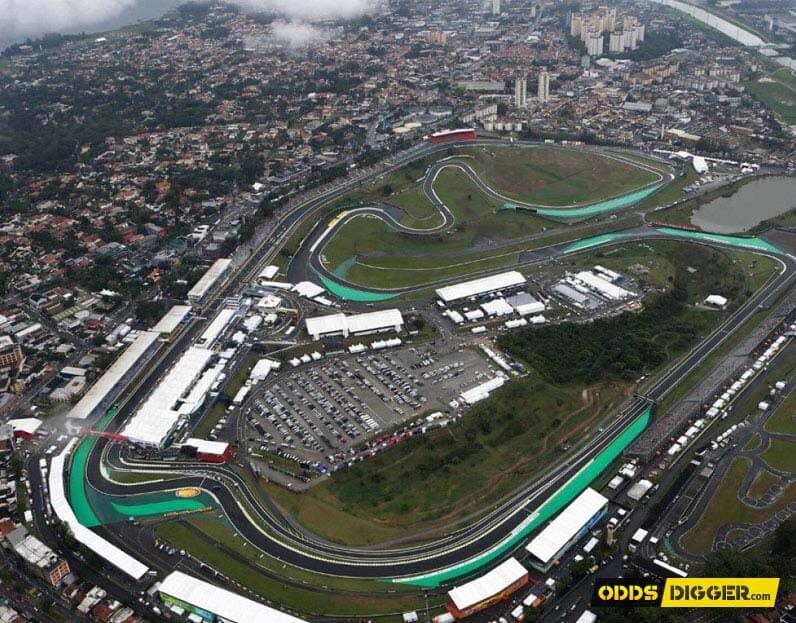 History and Key Information About the F1 Brazil Circuit

The Brazilian Grand Prix is always a special occasion. Not only is it key to the end of season standings but the crowd always makes it a carnival atmosphere as people enjoy every minute of the race.

The event in Sao Paulo is one of the most established contests on the current calendar and is enjoyed by millions of f1 betting fans around the world. In 2017, the Formula 1 Brazil is pencilled in as the penultimate contest in this year’s season. This season’s race is set to be held on November 12th.

After some amendments were made to the track, the F1 Brazil returned to this track in 1990 with Alain Prost winning that particular contest.

There have been many wet races down the years which have hindered particular drivers from clinching the title or gaining valuable ground on their nearest competitors. The Brazilian Grand Prix track is far from the hardest on the circuit but the unpredictable climate at this time of year can make it a minefield for Brazil F1 Grand Prix predictions. With the capricious climate around these parts, vision can often be restricted and crashes can occur fairly regularly involving even the most experienced of drivers. 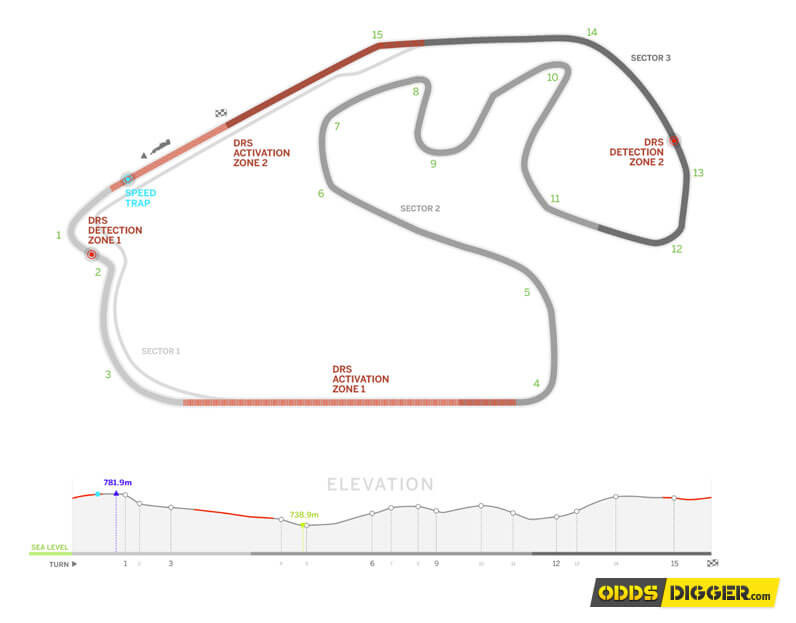 Most Prominent Drivers, Past and Present, Taking Part in the Brazil Grand Prix

The aforementioned Alain Prost holds the best record in the Brazil's Grand Prix with six victories which all arrived within eight years of one another. Some of those successes were during the time that the race was relocated to Rio.

Recent runnings of the F1 Brazilian Grand Prix have seen the success shared around with none of the current crop of drivers having won more than two times at this track. Home hope Felipe Massa is always a popular winner here at the Brazil Grand Prix but hasn’t tasted success here since 2008. His season has been littered with inconsistencies this year and he will need significant improvement if he is to land another victory in front of a partisan crowd. His last two appearances at the Brazil Grand Prix have seen him retire and suffer disqualification.

Lewis Hamilton doesn’t enjoy this particular race but picked up his first Brazilian Grand Prix Pole last season followed by success in the race. He finished an impressive 11 seconds ahead of title rival Nico Rosberg with Max Verstappen back in third. It was the Brit’s 10th attempt at winning the race and finally got off the mark in 2016. But what would be Brazil Grand Prix 2017 odds?

Since Rosberg’s retirement, Sebastian Vettel can be seen as Hamilton’s main rival for the title this season but the German has a mixed record at the Brazil F1 with just two successes here in 2010 and 2013. He’s finished in 5th place in both 2016 and 2014 and needs to improve dramatically if he is to challenge Hamilton here.

There were a number of retirements in last season’s Brazil Grand Prix including the unfortunate Kimi Raikkonen who secured a decent position on the grid before his car let him down during the contest. 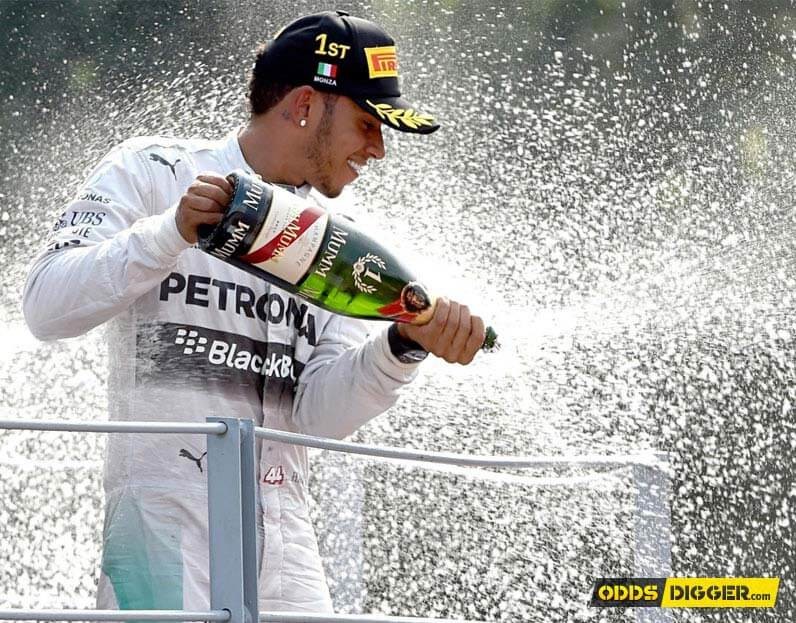 Mexico Taught us one important thing we should take into account for our 2017 Brazilian Grand Prix predictions. If cars actually make contact during an F1 race, form can be thrown out of the equation. With a lack of upsets onboard, the winner of the 2017 Brazilian Grand Prix would look to be between the German and the Brit, and Lewis Hamilton boasts the best of the two by some certain way. He earned a whopping 333 points in 2017, which is 56 over Vettel, and although he finished five positions behind the Ferrari driver in Mexico, that was simply down to bad luck. Hamilton admitted that earning a 9th place in Mexico was a 'terribly way to do it', and we expect him to seek a demonstrative win at the Brazilian GP even if only for his own satisfaction and pride.

Max Verstappen won two GPs this year, the Malaysian Grand Prix in October and the Mexico Grand Prix in November, and now it's a favourite in our F1 betting tips. Starting in 2nd place in Mexico offered him a genuine chance to add another win to his quest, and he did the best he could, overtaking Ferrari's best driver and holding the position for the whole duration of the event. He ended up winning the race by 19 seconds, describing it as a very easy race. His form has been increasing a lot, and he can actually be among the first three in Brazil. Hamilton is given the best Brazilian GP winner odds, but Verstappen boasts plenty of potential.

Sebastian Vettel is probably the most disappointed F1 driver of them all, given that he was the one boasting the most chances of beating Lewis Hamilton in the Drivers' Championship battle. He was very fast in Mexico, and has shown a consistent speed over the last few Grand Prix events, that's why we are backing him for the fastest lap in Brazil. It's not his favourite race, but he still has the drive to achieve this. We chose him over Verstappen in our Brazilian GP betting tips because the young driver is not consistent. 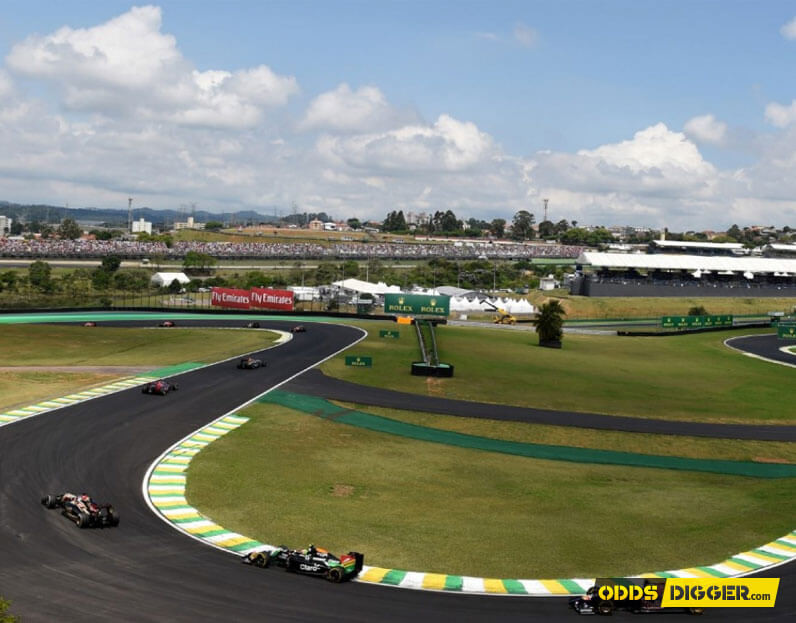 If you wish to follow all of the action from a potentially crucial Brazil Grand Prix 2017 you can do it via the television coverage from NBC, Channel 4, Sky Sports F1 or Sky Deutschland. It is also available to stream via Sky Go or Now TV.

This Sao Paulo circuit often throws unpredictable weather at the drivers but there’s a huge following around these parts and it’s guaranteed to be another exciting finish to the Formula 1 season. We fancy Lewis Hamilton to win again following the ending of his hoodoo at the Brazil F1 betting. We can’t wait to get going in the penultimate F1 race of the season.

Claim your £30 welcome offer!
Claim now
Bet on Formula One! Get Your £30 Welcome Offer! 18+, new customers only, T&Cs apply