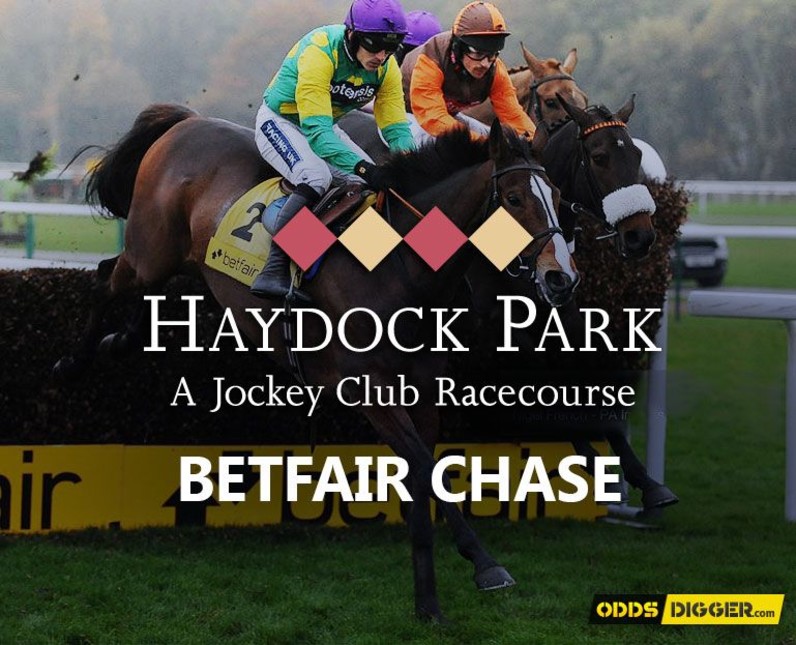 The Betfair Chase at Haydock is a Grade One race and the first leg of the British Triple Crown. Should a horse win the Betfair Chase, King George and Cheltenham Gold Cup in the same season they will win a £1 million bonus. Many horses target the race because of this, which usually means we have a great renewal and a great meeting overall. Let's check our Haydock Betfair Chase tips for tomorrow.

Our partners: 777Spinslot presents its customers a no deposit bonus betting, promotions for existing members, VIP-benefits and regular battles of spins with great rewards.

Bristol De Mai is the favourite and well fancied for the Betfair Chase, but he looks to be beatable this weekend. Elsewhere the horse we really like is Outlander, who has shown glimpses of top class form and if he is on a going day, he has the ability to win this race, therefore we picked him in our Haydock Betfair Chase races tips. He won the Grade One Champion Chase at Down Royal on his last start at the beginning of the month and that form puts him right there with a chance to win this huge prize.

Before that he was poor, and he also made no impression in the Gold Cup last season, but on a going day he is more than capable. When backing him you have to hope he is in a good mood, and if he is then he can push the favourite Bristol De Mai very close here and win this. If you are thinking about backing Outlander we would make sure you look for the latest horse racing odds and place your bet, because many people will be looking at him as a value bet against the favourite.

This looks to be a hugely competitive race and many have chances on the form book. After a spell novice chasing last season, Champers on Ice returns to hurdling this weekend and looks well enough handicapped to win a race like this, despite how tough it looks on paper. He really deserves a places in our tips for Haydock Betfair Chase today. He came third at the Cheltenham Festival when we last saw him over hurdles and that was behind Unowhatimeanharry, impressive form in the context of this race. It sure looks like being a competitive race but Champers on Ice looks to be the one at a decent price who could go well here fresh from his summer break.

Listed Novice Hurdle
7/1
Beyond the Clouds

The first race on the card is where we find the best horse bet of the day and that is Beyond The Clouds. Kevin Ryan is more known for training flat winners, but he has done very well with this animal and he has won his last three races. It is now time for a step up In quality, but this is one we feel he can handle very well. Speaking of racing tips Haydock Betfair Chase, he has the form in the book to match any of his rivals and looks worthy of his place in this field. While there are many big stables represented, Beyond The Clouds looks to have a great chance of in this race and goes off a nice price.