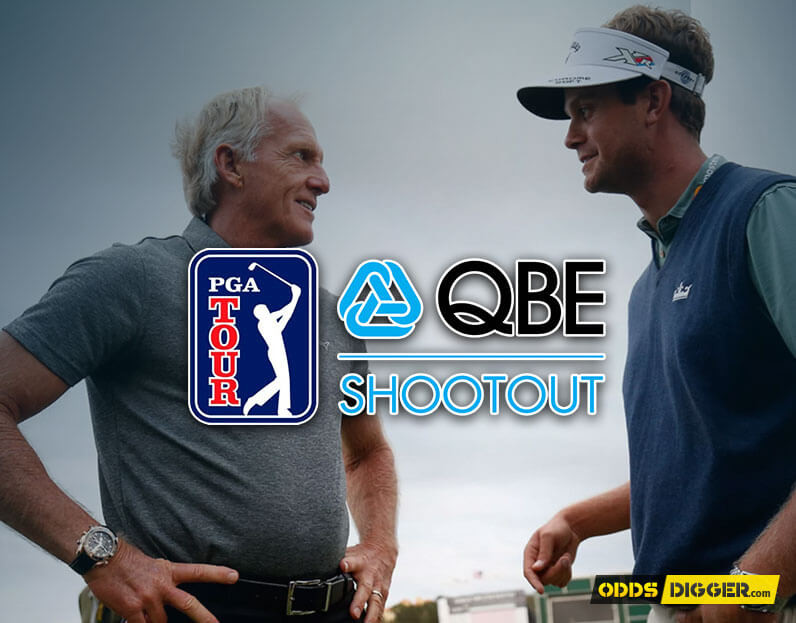 Listed as an unofficial money event on the PGA Tour, the Shootout is a more relaxed, fun-filled event but that does not mean the competition is any less fierce. Played as a team event over just three days, the QBE Shootout has had many guises over the years and was known as the Templeton Shootout up until last year. The tournament was first brought to life in 1989 but has found its home at the Tiburón Golf Club in Naples, Florida since 2001. Last year’s QBE Shootout outright winners were American duo Harris English and Matt Kuchar and the two go at it again this year in a bid to claim an unprecedented third Shootout triumph. However, they will not have it their own way with some big duos present such as Bubba Watson and Brandt Snedeker as well as Shane Lowry & Graeme McDowell. The PGA tour odds on this competition make for an intriguing event you simply will not want to miss.

Our partners: 777Spinslot presents its customers a mobile casino no deposit sign up bonus, bonuses for loyal customers, VIP-benefits and regular battles of spins with astonishing prize pools.

When English and Kuchar team up, magic starts to happen. The duo has won two of the last four Shootouts making them one of the best QBE Shootout betting tips to go all the way in the tournament. However, for a little insurance, 10Bet’s QBE Shootout bets are some of the best to go for, especially for a top-three finish. Golf can be an unpredictable beast and the quality of the field leads us to be a little cautious on the outright win in our QBE Shootout preview but rather opt for a podium finish which offers great value at evens. The pair have a chemistry that is vital for consistent performances over three days and the two know how to play the long game better than any other team in this year’s event.

American Lexi Thompson is the only female in the field this year but comes into the event with plenty of credentials. A major winner in the LPGA, Thompson is a serial winner and partnered with the big-hitting Finau, they could prove quite the pair. Off the tee is where their disadvantage will come in, but accuracy will play a vital role and there are few better than Thompson. The pair are deemed many bookmakers’ QBE Shootout tips to finish bottom of the pile, but we disagree. Golf is a game defined by small errors and in Thompson, they have a player who makes less than most. In a tournament which only features 12 teams, Ladbrokes’ best odds on the QBE Shootout are for Finau and Thompson to spring a surprise and join Harris and Kuchar in the top three.

Keegan Bradley and Brendan Steele make a formidable pairing and have tasted victory together at this tournament when they ran out winners in 2011. The pair are the best golf tips bet to get off to a fast start against the relatively inexperienced playing pair of Brian Harman and Pat Perez. Although all four have plenty of pedigree in the single format of the game, team golf is a very different affair and Bradley and Steele have far superior experience of playing in one another’s company which will prove a telling factor. High action and a fast affair is on the cards throughout the three days at the QBE Shootout, but those PGA tour stalwarts Bradley and Steele will deep down be very confident that once Harman and Perez have been put to the sword, there will be few who can stand in their way.