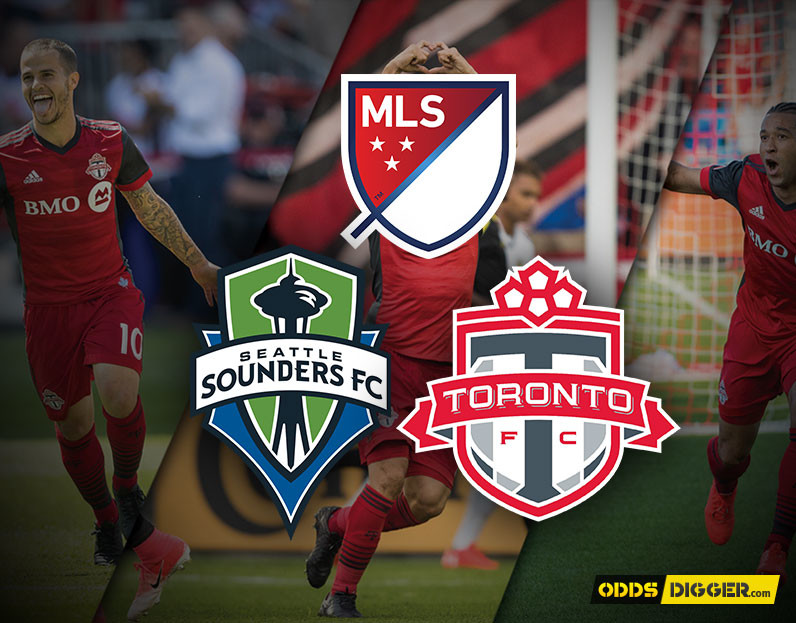 After a long campaign full of exciting and unpredictable action, the USA domestic season concludes with the 2017 MLS Cup Final on Saturday. The Final is a repeat of last year’s fixture when the teams analysed in today’s Toronto FC vs Seattle Sounders FC preview went all the way to penalties at the BMO Field after a 0-0 stalemate. The Sounders came out on the right side of the penalty shoot-out that day, which means revenge is very much on the agenda for the Canadians.

Our partners: 777Spinslot is a well-known online casino that offers fantastic no deposit casino sites promotions and a large variety of games to its players!

Coming into today’s Toronto FC vs Seattle Sounders FC betting tips, the home team have a huge extra incentive to win if any was needed, in that they can become the first team to win all three domestic trophies on offer in the MLS season. They have already lifted the Supporters’ Shield and Canadian Championship/US Open Cup in 2017. Toronto FC also set a record for the most points in single MLS season with sixty-nine, which is a testament to the consistency showed by Greg Vanney’s men.

Seattle Sounders FC came through their play-offs in far smoother fashion than their opponents, beating Vancouver Whitecaps in the Quarter-Finals and Houston Dynamo in the Semi-Finals. Remarkably, Brian Schmetzer’s defence didn’t concede a single goal in any of their two-legged ties and they have kept the opposite team out for six matches in a row now altogether. Defender Brad Evans will miss the Final however and there are also doubts over the fitness of midfielder Ozzie Alonso.

Having cruelly lost out on penalties to the Sounders in last year’s MLS Cup Final, revenge will be an extra motivational factor for Toronto this time around. The Canadians’ home form has been superb all year and one defeat in seventeen at the BMO Field is a record we couldn’t ignore in our Toronto FC vs Seattle Sounders FC bets.

In Sebastian Giovinco, Victor Vazquez, and Jozy Altidore, the home team have a higher calibre of players than most and if you add USA international Michael Bradley, it’s clear to see why they win the vast majority of their games in the MLS. Sounders have plenty to think about before their trip across the border. Outside their Washington home, Brian Schmetzer’s men have been worryingly poor. They won just three times from seventeen away attempts during the regular season.

With the Canadians’ formidable strength on home soil, we are backing them to go one better than last year and lift the MLS Cup in front of their own fans. At Coral, there are some incredibly generous MLS football odds this week, especially for our projected outcome.

Whenever the clubs on each side of our Toronto FC vs Seattle Sounders FC predictions face off against each other, a chess-like contest usually ensues. Their last meeting took place in May during the regular MLS season at the CenturyLink Field. On that occasion, it took an Altidore penalty to separate the teams in a 0-1 scoreline.

Events in the 2016 MLS Cup Final have been well documented, but it’s worth reiterating that teams finished 0-0 and needed penalties to decide the winner. In fact, in 100% of the teams’ last three encounters, there were under 2.5 goals registered. The Canadians have matched those numbers from an individual perspective in the play-offs too.

The Canadians just about edged out New York Red Bull and Columbus Crew in the Quarter and Semi-Final stages, and in three of their four matches against those sides, under 2.5 goals were scored. It’s clear that Sunday’s clash will be decided by the slimmest of margins. Betfred have some amazing odds on offer for the last part of this week’s USA football forecast, making them our recommended bookmaker.

To see odds on the next event visit Toronto FC vs Seattle Sounders FC odds page.