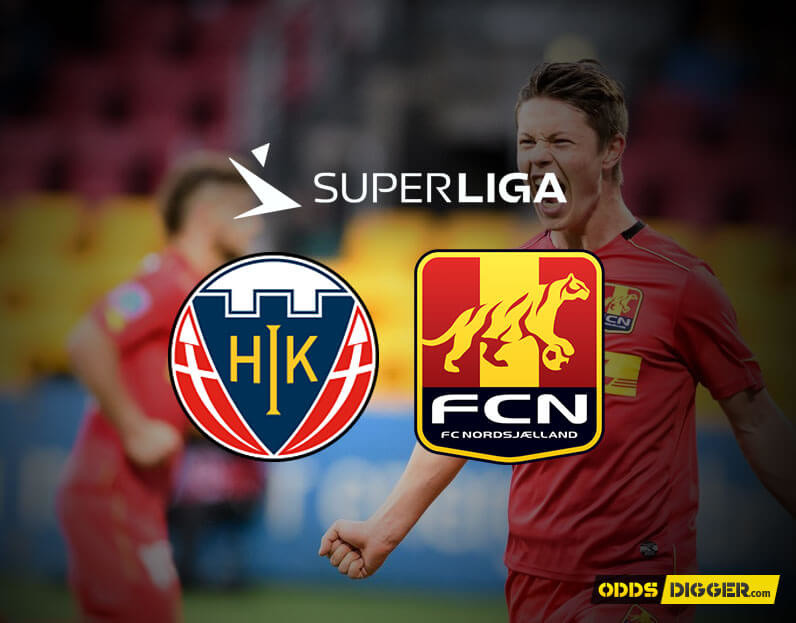 The teams under scrutiny in our free FC Nordsjaelland vs Hobro preview have already played each other twice this season. Most recently they met in the DBU Pokalen, where Hobro eliminated their opponents on penalties after a 1-1 draw in North Jutland. The sides met there in the Superliga a couple of weeks before that, where three goals in thirteen second-half minutes helped to seal a 4-0 win for the home outfit.

Our partners: 777Spinslot is a well-known online casino that offers fantastic no deposit casino sites promotions and a large variety of games to its users!

Ahead of our FC Nordsjaelland vs Hobro betting tips, the home team have rightfully earned the tag as the league’s great entertainers. It might be hard to believe, but in their eighteen league fixtures, since the season got underway in the summer, there has been a mind-boggling eighty goals scored. FC Nordsjaelland are the division’s top scorers, though they have conceded more goals than all but two of the other clubs in the competition. Twenty-two-year-old attacking midfielder Emiliano Marcondes has been the star of the show so far, netting fifteen times in the Superliga, putting him out on his own at the division’s top scorer. The 22-year-old is moving to Brentford in England’s Championship in January.

Hobro have only been beaten five times in their eighteen league outings in 2017/18, though their form on the road will worry Coach Thomas Thomasberg. Two wins from nine away from home will need to be greatly improved upon if they are to maintain their pursuit of a European qualification place. HIK have only picked up one win in their last four matches. In their last contest at home to Horsens, they thought that Minor Petersen’s 84th-minute strike had given them the points, but a 90th-minute sucker punch from Oliver Drost denied them at the death.

It’s rare to come across a match where over 3.5 goals is such a distinct possibility, but the feature fixture in our FC Nordsjaelland vs Hobro bets ticks all the right boxes. The fact that the bookmakers’ have that eventuality priced so narrowly indicates that they too feel that this game could be bursting at the seams with goals.

As we explained earlier, the sheer volume of goals in the home team’s matches in the Superliga this season is staggering. Their matches have averaged 4.44 goals per ninety minutes, which is a figure that borders on insanity. Eighty goals have hit the net in total. Fans at the Right to Dream Park are among some of the most entertained in the country.

Even though FCN were on the wrong end of a battering the last time they faced Hobro, the number of goals scored that day still passed our targeted mark. We chose today’s Superliga football odds from the selection offered by StanJames.com. No other bookie comes close to matching the prices they have available for our first selection.

We have identified a brilliant looking bet for the next section in our FC Nordsjaelland vs Hobro predictions. The away team coach, Thomas Thomasberg, has guided his team through two matches against their weekend opponents already this season. As we explained earlier, they eliminated FCN from the Cup and hammered them 4-0 in the league a couple of weeks later.

HIK are nine points behind FCN heading into the weekend’s fixtures, though their double header against them already in 2017/18 suggests that they are more than a match for Kasper Hjulmand’s men. For our prediction to be accurate and our tip to be successful, the away team only have to avoid defeat at the Right to Dream Park.

The 4-0 result, in particular, will be weighing heavily on the minds of the home players and that extra psychological edge could be the most vital factor in determining Sunday’s result. After careful research and comparison with their competitors, Betfair’s prices emerged as the best place for your stake when backing the final entry in this week’s Danish football predictions.

To see odds on the next event visit FC Nordsjaelland vs Hobro odds page.