Athletic Bilbao vs Sevilla Predictions: Both Teams to Cancel Each Other Out 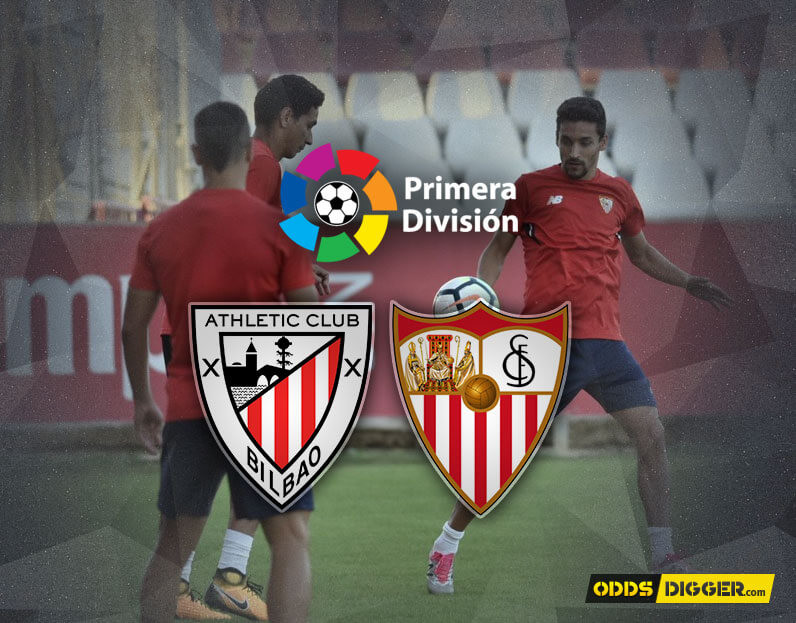 Kuko Ziganda got it tough, ahead of our Athletic Bilbao vs Sevilla preview and free football tips, as the new Athletic Bilbao boss tries to plot a way to replace the injured Iker Muniain against tough opposition on Saturday afternoon.

Our partners: 777Spinslot is a well-known gaming platform that provides great online casino no deposit codes and a vast variety of games to its users!

Athletic Bilbao will be without their diminutive number 10 for the rest of the season, after an injury that he sustained recently in competitive action. Given that Los Leones were just becoming reliant on him to dictate their play, they have had the rug pulled out from underneath their feet.

Our Athletic Bilbao vs Sevilla predictions revolve around the fact that both of these teams are struggling to find their own respective identities, which makes a draw stand out among the weekend’s LaLiga odds.

The hosts’ have only suffered one defeat on home soil this season, but it came last time out at San Mames versus Atletico Madrid. Sevilla, meanwhile, have won twice away - but both came in fortunate fashion with a decisive finish out of the blue settling both victories.

All three of Sevilla’s away games in LaLiga this campaign have failed to hit the three-goal mark, with Los Nervionenses winning 1-0 twice and losing 2-0 to Atletico Madrid once. Both of these teams have found their undoings against Diego Simeone’s side. Coral offer the best odds to back this being a low-scoring affair in the Basque country.

Athletic, too, haven’t given their fans a great deal to get excited about at San Mames. They opened the campaign with a 0-0 stalemate, and have since followed it up with a 2-0 win, a 2-1 defeat and even a 1-0 loss at the hands of underdogs Zorya in the Europa League. Ziganda is coming under fire always as boss.

Given that the hosts are struggling for goals at home, and Eduardo Berizzo’s side struggle to find the back of the net on the road, it wouldn’t be surprising to see this end as a low-scoring game or even a stalemate at 0-0.

Our Athletic Bilbao vs Sevilla bets back this to be a very tight contest, to the point where a draw certainly looking like a very large possibility. Given the precarious situation that Ziganda finds himself in, and without the inventive presence of Muniain in his ranks, the Athletic boss would likely be happy to take a point from one of the teams that have been grinding out results best in LaLiga.

Despite Los Nervionenses occupying second place in the division, with Berizzo managing to pick up an unprecedented points tally so early in his Sevilla reign, there hasn’t been any conviction in their performances. Victories against Getafe and Girona came as a result of one bit of inspiration from Ganso and a goalkeeping error from Gorka Iraizoz.

Our Athletic Bilbao vs Sevilla picks point towards the away side struggling to click in the attack, with the hosts happy to remain tough to break down. Los Leones continue to persist with two deep midfielders, which disjoints the entire team. It wouldn’t be a surprise to see these two entirely cancel one another out on the weekend.

To see odds on the next event visit Athletic Bilbao vs Sevilla FC odds page.