Burnley vs West Ham United Predictions: Hammers to Claim a Point at Best 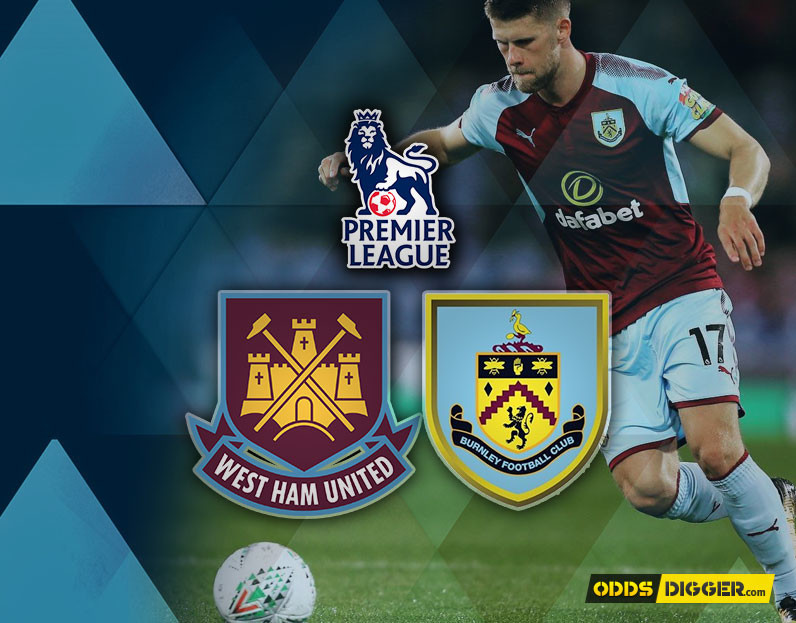 Burnley have caused plenty of upsets already in the 2017/18 Premier League, having taken points away to Chelsea, Liverpool and Tottenham inside seven games. They have technically lost just once this season ahead of our Burnley vs West Ham United preview, though they were eliminated on penalties by Leeds in the Carabao Cup a couple of weeks back. The Clarets have averaged just one goal per Premiership ninety minutes thus far, a stat shared by their opponents this weekend, West Ham United.

Our partners: 777Spinslot is a well-known gaming platform that provides great online casino no deposit bonus uk and a vast variety of games to its players!

Sean Dyche continues to forge a reputation as one of the best British managers around, while his counterpart Slaven Bilic is only just starting to shake off the pressure from his team’s poor start to the new season. The Croatian’s latest results prior to today’s Burnley vs West Ham United betting tips are noticeably better than his ones in the early months. The Hammers have now lost just once in five – that sole defeat came at the hands of Tottenham Hotspur in a 2-3 loss on September 23rd. It should be noted that their upturn in form has coincided with a run of easier fixtures, however.

The Londoners have beaten their northern hosts on each of the last five occasions they have played. Their most recent encounter was at the back end of the 2016/17 campaign, where the Hammers recorded a 2-1 win at Turf Moor. We have to travel all the way back to the 2011 Championship to find the last win for The Clarets in this fixture. That game ended 2-1 at Upton Park.

The home team examined in today’s Burnley vs West Ham United bets and football odds have proved incredibly sticky opponents for everyone they have faced lately, making them a difficult side to back against, especially versus a squad only just finding their feet. Dyche’s devotees have been beaten just once in the league in 2017/18, while the visitors to Turf Moor on Saturday have lost four of their opening matches to date.

Of course, the draw no bet option covers us for two outright outcomes and all the home team need to do is avoid defeat for our bet to come in. The Hammers have lost three of their four contests on the road – a sequence that has been a major factor in their disappointing start. If like us, you think the Irons will struggle again on their travels, Ladbrokes have some cracking odds to take advantage of.

Under 2.5 goals is almost a guarantee when the home side in our Burnley vs West Ham United predictions take to the field. In all but one of their Premiership clashes since August, there has been under 2.5 goals netted. The only match that surpassed that amount was their first-day shock 3-2 win at champions Chelsea. If we glance back to 2016/17 to supplement this season’s numbers, we can see that in 9 of the last 11 EPL matches at Turf Moor, there has also been under 2.5 goals scored.

Our latest weekend football tips are further supported by the head-to-head records between our featured clubs. In three of the last five duels between them, the 2.5 goal mark hasn’t been passed. Only three EPL teams scored fewer goals than Burnley last year and it looks as though their fans will be starved of goalmouth action again this time around. Having analysed their competition, Betway came up trumps for the price when searching for odds for our selection.

To see odds on the next event visit Burnley vs West Ham odds page.