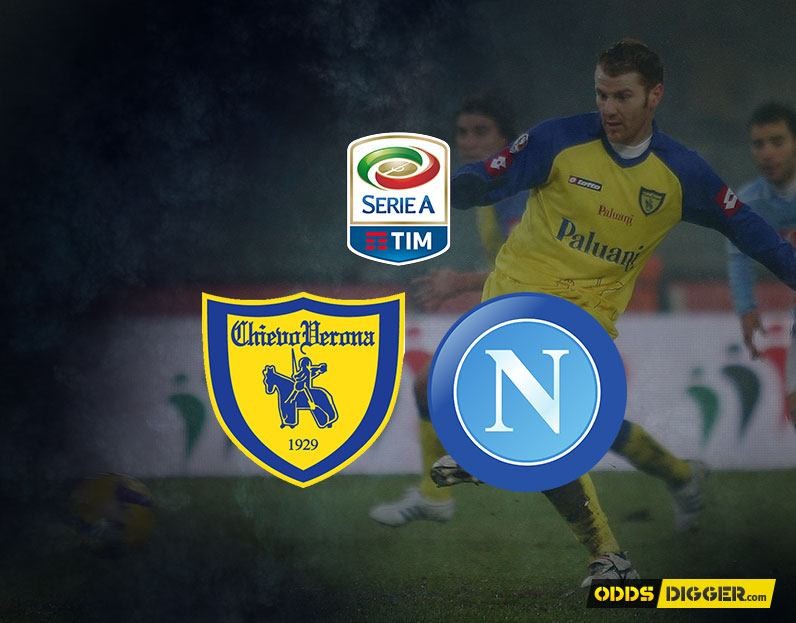 The away side may have been defeated by Manchester City in the Champions League ahead of our ChievoVerona vs Napoli preview and soccer odds, but their confidence won’t have been knocked off in the slightest.

Our partners: 777Spinslot is a well-known gaming platform that offers great win free money online no deposit rewards and a vast range of games to its users!

Napoli are still one of the Italian top flight’s unbeaten sides so far this season, with their away form arguably being even better than the performances they’ve been managing to turn in at Stadio San Paolo.

Our ChievoVerona vs Napoli predictions revolve around this impressive away record, which means that we are backing an exciting away win for our Serie A predictions. Maurizio Sarri will continue to play the same way and reap the rewards.

The hosts have generally been competitive at home this season in Serie A, but they are ill prepared to deal with the kind of offensive quality that the Partenopei boast. They’ve been dreadful at home defensively.

There have been three or more goals scored in the hosts’ last three clashes at Stadio Marc’Antonio Bentegodi in the Italian top flight, with Fiorentina, Hellas Verona, and Milan all managing to get on the scoresheet in style. Given how creative Napoli have been this season, helping this game to a four-goal scoreline or above should be no challenge, with Unibet offering the best value in this market.

Napoli have beaten the likes of Genoa and SPAL 3-2 while away from home this campaign, with Lazio also falling to a 4-1 loss in Rome. Sarri’s men are more than capable of putting teams to the sword, even if it means being quite open at the back in the process. They are prepared to sacrifice defensive stability for their end goal of firepower.

Faouzi Ghoulam picked up an injury midweek, which will be another blow for the away side’s defensive powers, and given that Chievo have scored in every home clash in Serie A this season so far, it definitely isn’t unthinkable that the hosts couldn’t find the back of the net a couple of times themselves.

Ahead of our ChievoVerona vs Napoli bets, the hosts have failed to keep a clean sheet in their last nine attempts at home in Serie A, with their goalscoring run in Verona stretching to 13 matches. They are certainly going to be both a threat going forward and a leaky defensive presence all at the same time this weekend.

10Bet offer the best value in the realm of both teams finding the back of the net on Sunday afternoon, with Napoli having kept just one clean sheet in their last four attempts on the road in the Italian top flight. Even the likes of SPAL managed to score twice against the current league leaders.

Our ChievoVerona vs Napoli betting tips suggest that an away victory should be the eventual outcome this weekend, but it won’t be without a challenge from their opponents. Chievo will be confident that they can exploit some gaps at the back of Sarri’s unit.

To see odds on the next event visit Chievo Verona vs Napoli odds page.