Everton vs Watford Predictions: Everton Have Been Appalling for Two Months 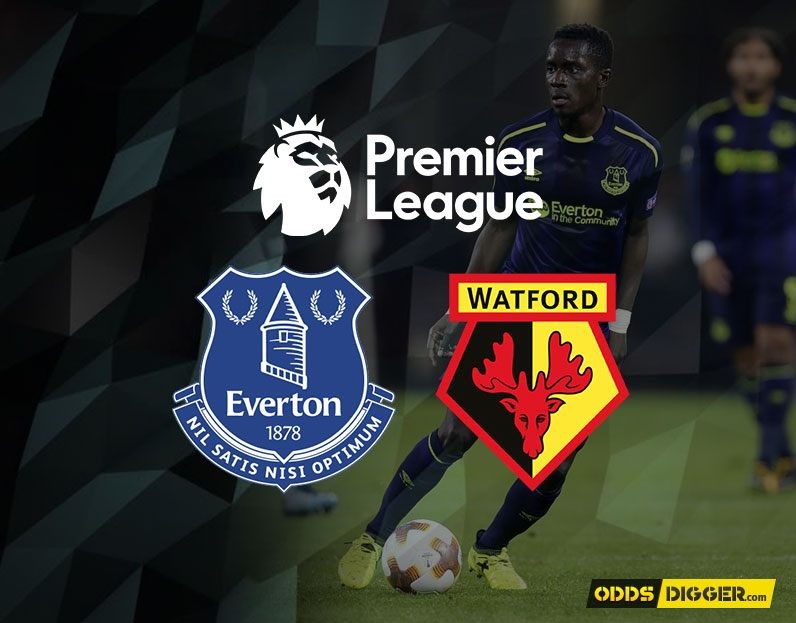 Ahead of today’s free OddsDigger Everton vs Watford preview, the Toffees seem to be in freefall. Already on their second manager of the season, the Blues have only picked up one win in their last eight matches, collecting just four points from twenty-four available in the Premier League. It’s no surprise to see them in the relegation zone and at present, there is no light at the end of the tunnel for the blue half of Merseyside.

Our partners: 777Spinslot is a well-known gaming platform that offers great win free money online no deposit rewards and a vast range of games to its customers!

Usually famed for their dogged defending, the Evertonian’s have only kept one clean sheet in the league prior to today’s Everton vs Watford betting tips. That blank came on the opening day of the season back in August, when former manager Ronald Koeman helped his side sneak a 1-0 win over Stoke City. To make matters worse, Everton have a long list of injuries to contend with. There is no return date set for Seamus Coleman, Yannick Bolasie. Ross Barkley, James McCarthy and Ramiro Funes Mori while new signing Michael Keane faces the last fitness test before the weekend’s game.

The Hornets have lost two league matches on the spin, bringing an end to their impressive start to the 2017/18 campaign, where they had lost just once in eight in the EPL. Their recent back-to-back defeats feel like a return to normal for Watford, though Marco Silva will be backing his players to take something from their trip to Goodison Park. The Premier League football betting odds hint that the Londoners have a real chance of heaping the misery on interim Blues boss David Unsworth.

With the home team analysed in our Everton vs Watford bets in such dire straits, there is a window of opportunity for punters to take advantage of. Betfred have tremendous odds available for the away win draw no bet option, where we have that extra bit of insurance to play with. If the game ends level your stake will be returned. The Toffees have won just once in eight EPL fixtures. They have scored just five times along the way and have let nineteen in at the other end.

Unsworth has taken temporary charge of a squad lacking in confidence and downright ability. The Hornets have only lost three of their league matches since the summer and have the capacity in forward areas to cause some real problems for the home defence at Goodison Park on Sunday. We expect them to win a point at the very least, making the draw no bet option an obvious pick for our free English football tips.

As we explained above, the Toffees defensive woes have been apparent since early August. Only bottom team Crystal Palace have conceded more goals than the hapless Merseysiders and the Hornets arrive having failed to score just three times in their first ten Premiership clashes. In players like Troy Deeney, Richarlyson and Abdoulaye Doucoure they have plenty of goal threat on offer.

Defensively, Marco Silva’s side have been far from accomplished themselves, however, conceding eighteen times in all, an average of just under two per ninety minutes. Both clubs under our microscope today have scored at least once in three of the last four encounters between them. The odds available at Sportingbet are the perfect way to back the final instalment from our Everton vs Watford predictions. You won’t find better value at any of their competitors.

To see odds on the next event visit Everton FC vs Watford odds page.