Bordeaux vs Nantes Predictions: Home Advantage to Tip the Balance 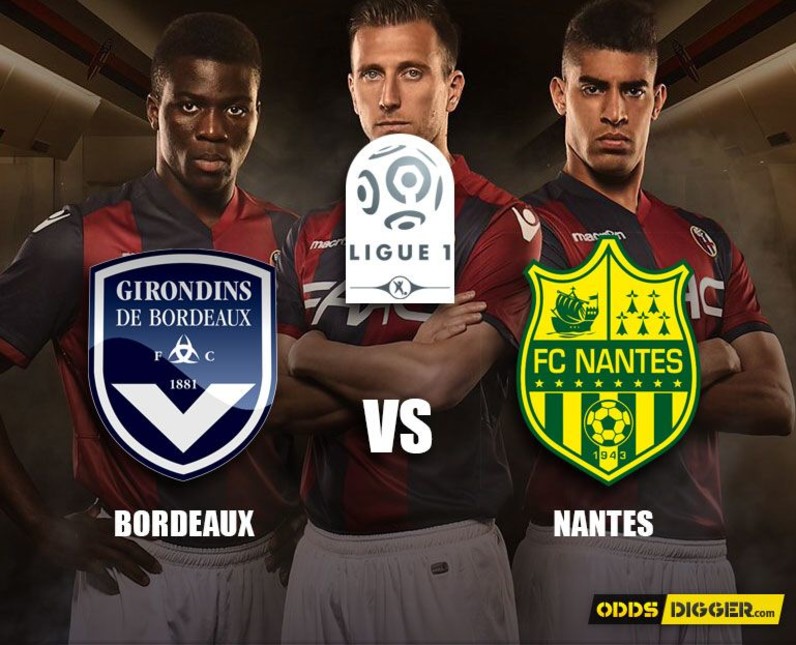 Both of these sides have started their respective Ligue 1 campaigns brilliantly, ahead of our Bordeaux vs Nantes preview and soccer tips, and this contest is expected to be very close as a result.

Our partners: 777Spinslot is a well-known gaming platform that offers amazing online casino no deposit bonus no download instant play and a large range of games to its customers!

Bordeaux have won all three of their home matches in the French top flight so far this season, with Metz, Troyes and Guingamp falling to defeats consecutively. Nantes will need to put in a very good performance to avoid being the fourth.

Our Bordeaux vs Nantes predictions revolve around this home form, but Nantes’ own away record in 2017/2018 makes the Ligue 1 odds very interesting indeed. The fact that the Canaries arrive in such good shape means that there is more value in backing the hosts.

The away side have won their last three consecutive away fixtures in league action, keeping clean sheets in two of those. Admittedly, Troyes and Montpellier haven’t enjoyed good starts to the campaign, but Nantes are still outperforming expectations.

Having taken nine points from a possible nine at Stade Matmut-Atlantique this season, William Hill’s odds for this game are extremely good. Bordeaux have only suffered a defeat at the hands of Paris Saint-Germain thus far, with the hosts managing to impress for months now.

PSG were also the team to last win away against this weekend’s home team, all the way back in February. Since then, they’ve managed to go unbeaten, with Nantes facing a tough task to try and end that run themselves. Despite their good recent away form, Bordeaux are a much better outfit than their opponents of late.

Their most recent league fixture ended in a 6-2 thrashing by PSG, but that was their only loss in their last 15 consecutive Ligue 1 outings. Unai Emery’s men are on a different level to their competition this season, with nothing in particular to be taken as a negative by Bordeaux after that result.

Malcom has been excellent thus far in Ligue 1, scoring four goals in eight appearances this season, and the young Brazilian is a big reason behind our support of both teams finding the back of the net in our Bordeaux vs Nantes bets.

Sportingbet offer the best odds in this particular regard, with both teams scoring looking like a very good value. Nantes have scored in three of their last four away games in the French top flight, even netting two versus Strasbourg on their last trip away.

Our Bordeaux vs Nantes picks suggest there should be some entertainment on the show this weekend in this contest, with the hosts’ form likely to continue. Nantes have been firing on all cylinders themselves, which means that it should be a close one, but the value lies in backing Bordeaux to take all three points.

To see odds on the next event visit Bordeaux vs Nantes odds page.